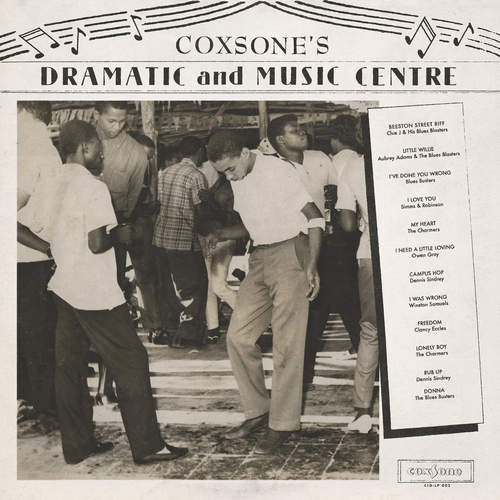 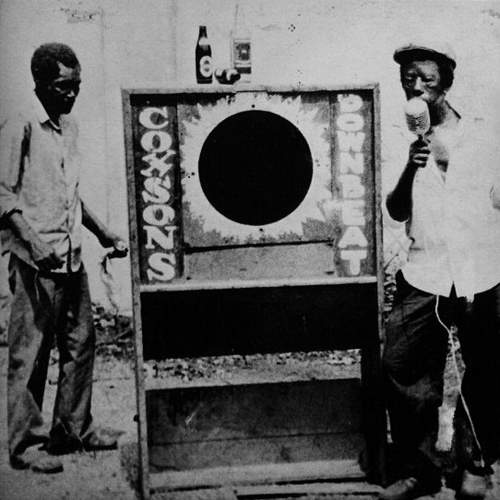 In the latter half of the 1950s three sound systems ruled the Jamaican dance halls; Arthur ‘Duke’ Reid’s Trojan, Vincent ‘King’ Edwards’ Giant and Clement Seymour ‘Coxsone’ Dodd’s Downbeat. Coxsone made regular visits to New York and Chicago and other places where he found a lot of music in different record outlets for the selectors of his sound systems (Downbeat eventually comprised four sets playing in different locations on the same day). Dodd and the two other sound system owners spent a lot of her money on trips to the US in search of r&b records that had yet to be heard in Jamaica. Especially the Southern states provided rich pickings, yielding plenty of discs that had been no more than local hits. Thus Jamaican musicians and singers were influenced by a range of regional r&b styles.

Despite the popularity of early rockers like Little Richard, Ruth Brown, and Fats Domino, Jamaican audiences very much veered towards the hard-edged and ‘blacker’style of jump blues. The Jamaican r&b era started in 1957 when sound system owners like Duke Reid and Clement Dodd began to establish themselves as producers. They started making exclusive acetate or ‘soft wax’ discs solely for play at their dances. It wasn’t until 1959 that the pproducers began pressing 7″ vinyl records for the public to buy. “Coxsone’s Dramatic And Music Centre”, recorded and pressed at Ken Khouri’s Federal Recording Studio and released in 1961, became the first full-length album put out by Clement Dodd and its appearance marked a shift in Sir Dodd’s strategy. After having collected US r&b and jazz albums for some time, he now began his own experimentation in the long-playing format. Jamaica at that point had not entered the album market for its popular local productions.

Clement Seymour Dodd inaugurated his first Muzik City record shop on East Queen Street towards the end of 1959 before opening Coxsone’s Dramatic & Music Centre at 67½ Church Street (entrance in Love Lane). As the business expanded, he moved to 136D Orange Street, known as Kingston’s ‘Beat Street’, in 1963 and later opened another shop in Jamaica’s original capital city, Spanish Town, at 10 Cumberland Road. Also in 1963 he opened his own studio and pressing plant, The Jamaican Recording and Publishing Studio better known as Studio One, on the site of The End, a former nightclub at 13 Brentford Road in Kingston. Now he didn’t need to use the recording, manufacturing, and pressing facilities at Ken Khouri’s Federal Records on Foreshore Road anymore.

Re-releasing “Coxsone’s Dramatic And Music Centre”, which at the time was released in very limited quantities (first pressings being 500 copies, the second pressing of 300 copies, and then the final pressing of 200 copies), was one of Clement Dodd’s last projects prior to his death in 2004. He himself did the digital transfers from tapes for this album, as well as “All Star Top Hits”, and work was commencing on preparing the material for release. The “Coxsone’s Dramatic And Music Centre” album is taken exclusively from the original tapes for increased sound fidelity and presented here in its true form for the first time in almost sixty years.

The bands involved in playing on this album were Clue J And His Blues Blasters, Hersang (Herman Sang) And His City Slickers, Aubrey Adams And His Dew Droppers, The Caribs, and Roland Alphonso & The Alley Cats. Things get started with Cluett ‘Clue J’ Johnson & The Blues Blasters who kick off this set in fine style with the Jamaican R&B instrumental “Beeston Street Riff” aka “Five Minutes On Beeston Street”. It’s the prelude to a very nice collection of Jamaican interpretations of ballad & American style R&B usually of the Jump Blues or Boogie Woogie variety. While “Beeston Street Riff” features Roland Alphonso’s saxophone as the lead instrument, it’s the trumpet that takes the lead on “Little Willie”. Australian-born Dennis Sindrey was a prominent guitarist in the early days of recorded Jamaican music. Here, as a member of The Caribs band, his excellent guitar play comes to the fore on “Campus Hop”. The second instrumental credited to Dennis Sindrey, his self-composed “Rub Up” (originally titled “Jamaica Song”), has the saxophone of, most likely, Roland Alphonso as the lead instrument.

The vocals on this set begin with the Blues Busters, a duo formed by Phillip James & Lloyd Campbell. They deliver the great slow-paced tearjerker “I’ve Done You Wrong” and round off with another fine lovers piece entitled “Donna”. One of the first-ever duos to record popular music in Jamaica, comprised of singers Noel ‘Scully’ Simms and Arthur ‘Bunny’ Robinson, initially known as Zoot Simms & Arthur Robinson, but later variously as Bunny & Skitta, Bunny & Scully, or Busty & Cool. Their love song “I Love You” is well worth hearing as is the lovers lament “My Heart” by The Charmers. The latter, again backed by Hersan And His City Slickers, is present with another real fine effort entitled “Lonely Boy”. One of Dodd’s early stars from Trench Town, Owen Gray, delivers the pulsing r&b stomper “I Need A Little Loving”. Winston Samuels, a household name in Jamaica before he migrated to the US at the end of the 1960s, started his recording career with Coxsone Dodd for whom he recorded his first No. 1 hit “Angela” in 1964. Ladies man Winston Samuels is present here with “I Was Wrong”, one of his earliest recordings. Probably the most interesting track included on this album is Clancy Eccles’ truly moving “Freedom”, the first song the singer and later successful producer did for Coxsone. That tune, with the earliest of Clancy Eccles’ many directly political lyrics, became very popular on Dodd’s sound systems, mainly due to Count Matchuki who gave it a hard push.

Conclusion An important release for aficionados of Jamaican music as this is the real roots of the island's popular music.