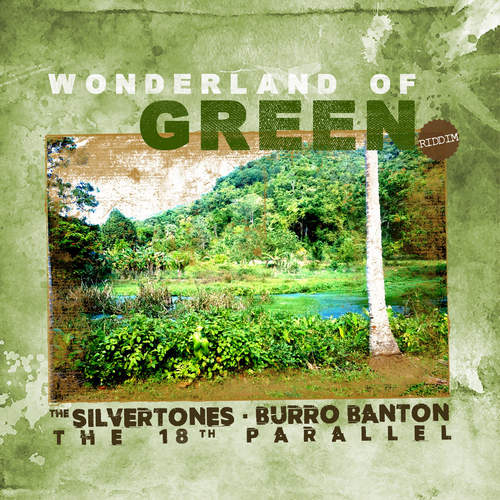 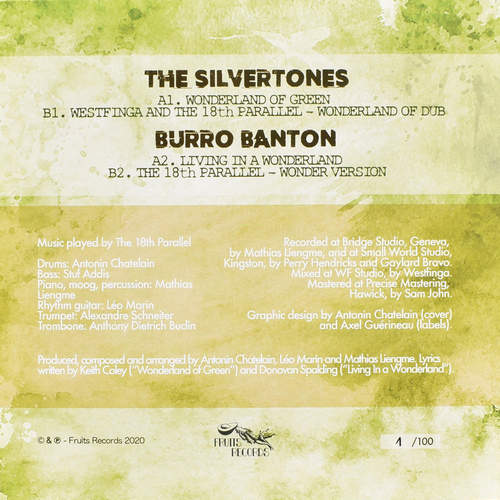 Although not exactly the kind of music that will appeal to the younger generation of music lovers, any fan of reggae’s golden era of the 1970s will be more than delighted with the latest release from Fruits Records. The crew behind this Swiss record label is making and promoting Jamaican music since 2015. Mostly collaborating with Jamaican artists, they’ve released some noteworthy material in the past five years including albums by Oku Onuora, I Kong, The I-Twins, Micah Shemaiah and The Inspirators, and singles from Kumar, Time Unlimited, Samory I, Keith & Tex, Cornell Campbell and The Viceroys. While Swiss watches are the standard for excellence, one can easily say the same about releases coming from Fruits Records.

The story of The Silvertones started in 1964, when Delroy Denton, Keith Coley and Gilmore Grant came together to form a harmony group. Their first hit, “True Confession”, was released by Duke Reid in 1965, which then was followed by massive ska, rocksteady and reggae hits. They recorded for producers like Sonia Pottinger, Clancy Eccles, and Coxsone Dodd. After Delroy Denton had emigrated to the US, Joel ‘Kush’ Brown adequately filled the spot. In the late 1960s and early 1970s they worked with Lee ‘Scratch’ Perry, who produced their debut album “Silver Bullets”, voiced at King Tubby’s Studio in one night and released on Lee Perry’s Black Ark label. The group held solid ground with Studio One from the mid 1970s until Coxsone Dodd’s passing in 2004, and had successful singles with “I Want To Be There”, “Smile”, “Stop Crying”, “Have A little Faith” and “Come Forward”. Their Studio One recordings were collected together with some of Duke Reid’s produced tunes on their 1999 released “Young At Heart” album. They contributed to Leonard Dillon’s final album “The Ethiopian” and in 2013 and 2015 released two albums, “Keep On Rolling” and “Things Gonna Change” respectively. Gilmore Grant passed on in 2016 and was replaced by veteran Anthony Feurtado. Today the line up of The Silvertones is Keith Coley (lead vocals), Norris Knight and Nathan Skyers.

The career of Donovan Spalding, better known as Burro Banton, started in 1976 when he entered a talent contest at the Skateland discothèque in Kingston. His early influences included Ranking Joe, Dillinger, Trinity, U Brown, and Ranking Trevor. It was around 1978 that he first worked with the sound system called Black Hoover, later moving to the Roots Unlimited sound system where he worked alongside Josey Wales. He finally established his public reputation and career in 1982 as a deejay for the Gemini sound system and continued in their employment for a further two years. Through the middle and late 1980s, his skills as a deejay enabled him to work for sound systems like Volcano, Stereo Mars and Killimanjaro, where he was featured with Super Cat and Nicodemus. Burro Banton’s first recording was with the legendary producer Henry “Junjo” Lawes, owner of the Volcano soundsystem. His first LP, simply titled “Buro”, was released in 1983. Burro Banton joined forces with producer Bobby Konders and the Massive B label in 1991 and recorded numerous #1 hits including “Washington Session”, “Tek A Set”, “Westmoreland Sensi”, and many more.

The vocal cuts for the “Wonderland Of Green Riddim” plus the dub and instrumental versions are released on two 7″ singles. Backed by a downright stellar riddim, The Silvertones grace the lead track with their incredible vocals. The flawless riddim with a great horns part is just perfect for Keith Coley’s ethereal vocal delivery, which is beautifully complemented by the voices of the two backing vocalists. With “Wonderland Of Green”, which they mentioned in a 2017 interview with Angus Taylor as being the title of their comeback album, The Silvertones recall the glory days of reggae music. Also the flip of this single is worthwhile listening as West Finga’s dubbed up version fires on all cylinders. Completely different vibes are experienced while listening to Burro Banton’s counteraction entitled “Living In A Wonderland”. The riddim track is a bit stripped down, thus making it more suitable for ‘da original’ Banton’s deejay piece. In his typical style the gruff Burro Banton delivers a reggae dancehall flavoured enviremental tune worth hearing. This throughout appealing project comes to an end with 18th Parallel’s totally enjoyable “Wonder Version”.

Conclusion A throughout appealing and superb project!