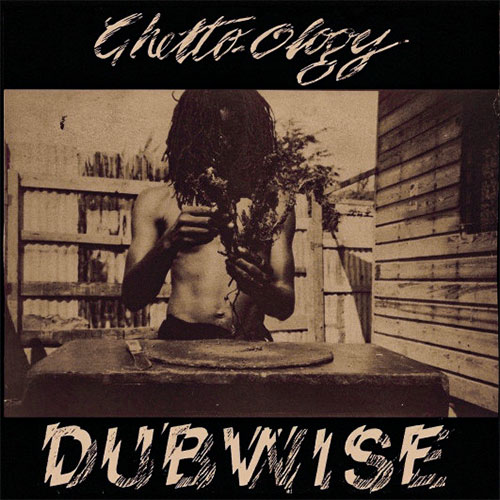 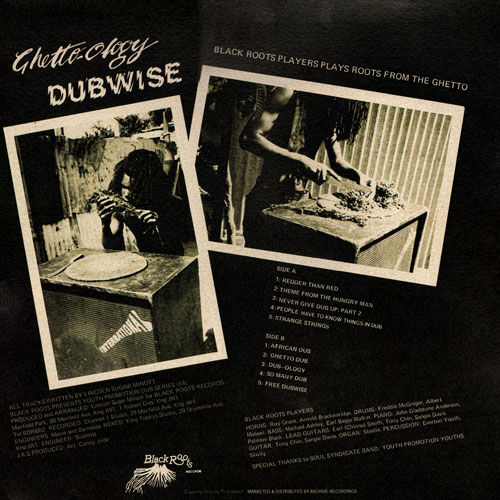 Ghetto-ology was Sugar’s first self produced set after his departure from Coxsone Dodd’s Studio One label. For Coxsone he recorded several singles such as and three albums. The 1978 album Live Loving is still regarded as Sugar’s most consistent Studio One set. The follow up, Showcase, contained some long-time crowd pleasers like Mr. DC and Vanity, but as a whole the album was not as strong as its predecessor. In 1982 Coxsone released one more album, More Sugar, a collection of left-overs and singles.

After leaving Coxsone Dodd he dreamed of recording an album with the support of local musicians and artists. When he finally had scraped the money together he could start: “I went to Earl Chinna Smith, Soul Syndicate Band, the band that used to practice on our corner, and I told them that I had some studio time at Channel One. I bought a tape, and they came and they play a whole album for me for nothing, man, -no money! People like Barnabas engineer for us day and night, for nothing, sometimes.” The result was one of the all-time great Jamaican records.

The album is a pure and undiluted roots album with Sugar’s sufferers vocals voicing over tough riddims. Over the years reggae fans all over the world have nourished the album and one has to admit that the album’s solid as a rock. The lyrics, the backing, and the voice of Sugar Minott provide the right vibes for keeping you involved from beginning to end. It’s impossible to point out particularly strong tracks as the sheer quality of the tunes found here is overwhelming – from the wailing song Man Hungry to the freedom song Free Jah Jah Children. The voicing and mixing were done at King Tubby’s Studio. Musicians on board include such highly gifted artists as Santa Davis, Freddie McGregor, Barnabas, George Fullwood, Bagga Walker, Chinna Smith, Tony Chin, Steely, Gladdy Anderson, and Pablove Black. Harmonies are provided by superb vocalists such as Little Roy, Tony Tuff, Triston Palma and Ashanti Waugh.

The dub version of this timeless album is available once more, in a mid-sheen finish on premium artboard with a retyped spine, in yellow translucent vinyl. Officially called Black Roots Players – Ghetto-Ology Dubwise, the album was released in Jamaica a year after Ghetto-Ology’s release. It wasn’t released on the Trojan label like it’s vocal counterpart, but on Sugar Minott’s Black Roots label. Over the years, the album has been re-released on both CD and vinyl.

Engineer onboard was young Scientist, a protégé of King Tubby, who just had begun making a name for himself. He would later become one of the most creative mixers of the first half of the 1980s. Previous releases however don’t mention Scientist but give the credits to King Tubby and Prince Jammy. It doesn’t matter who was behind the controls, the LP is a pleasure to listen to. The atmosphere of the vocal version is well reproduced, the riddims are easy to follow and there is no overkill of sound effects.

For some unknown reason, the tracklisting is different from that of the vocal version. For example, the dub LP starts with Redder Than Red, the dub mix of Dreader Than Dread, and the dub from Man Hungry can be found as track two. The music, however, remains solid. It is striking that in all dubs on side A – unlike side b – no fragments of vocals are used. Side B has a strong start with African Dub, the dub of Africa Is The Black Man’s Home. It is a convincing track, a perfect interplay of vocal snippets, and the echo-drenched instruments. We can enjoy the same working method in Ghetto Dub, the dub version of the title song. Fortunately, the catchy horns chorus of The People Got To Know is also featured in the dub version, and we also hear the same approach in Strange Strings, a beautiful, subdued dub version!

Conclusion Solid dub sounds from the past!