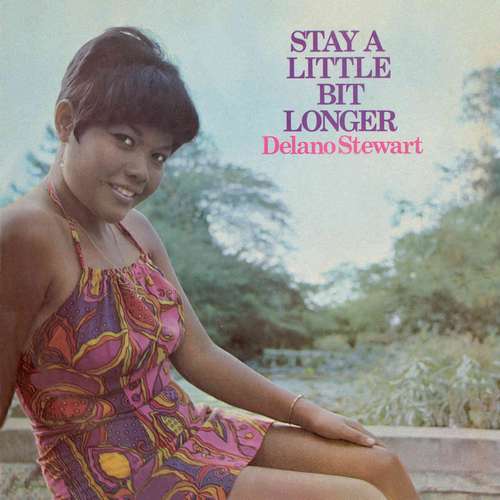 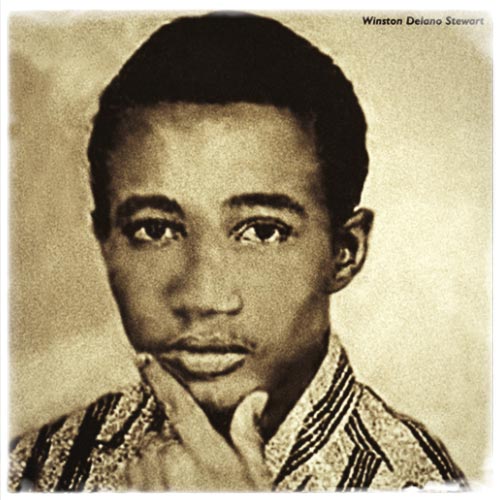 Delano ‘Winston’ Stewart’s career and fame are probably most linked to his time as a member of The Gaylads. However, he started his career as a member of The Rhythm Aces, together with Boris Gardiner, among others.
The Gaylads was a trio formed by BB Seaton and Delano, later expanded to include Maurice Roberts. After a slow and difficult start, the group finally scored with Lady With The Red Dress for producer Coxsone Dodd. A string of hits followed, including Stop Making Love, Peculiar Man, and the repatriation anthem Africa.
Their switch to Jamaica’s female producer Sonia Pottinger proved equally successful. With hits such as Hard To Confess, Over The Rainbow’s End, and ABC Rocksteady, they became one of the most popular trios on the island. In the spring of 1968, the moment came when Delano took the first steps towards a solo career. That move proved short-lived as he emigrated to the US in 1969. In that short time, he managed to release a fair amount of tunes and the album Stay A Little Bit Longer.

Mrs. Sonia Pottinger is one of Jamaica’s reggae pioneers. She was the first female Jamaican record producer, running her Gay Feet and High Note labels out of her Tip-Top Record shop in Orange Street, Kingston. After some minor hits during the ska period she broke through in the rocksteady era with gigantic hits from The Melodians, The Gaylads, Ken Boothe, Stranger & Patsy and Delano Stewart. In the seventies she delivered excellent productions by Culture, Marcia Griffiths, Justin Hinds, Bob Andy and Big Youth. In 1985 she left the business. Sonia Pottinger died at her home in Kingston on 3 November 2010.

This copious and comprehensive compilation features two albums, one of which was never released, the 1970 Trojan album Dr. No Go, named after the hit single by The Hippy Boys. In addition to the regular Delano Stewart album, Disc 1 contains six bonus tracks. On Disc 2 we are treated to no less than 30 songs from the period 1969-1970, all from the archives of Sonia Pottinger. As usual with this kind of extended compilations, there is much unknown beauty to discover, but also the necessary fillers. Not everything was better in the old days!

Delano’s vocal qualities are unmistakably present, his soulful timbre and the ease with which he delivers the songs are a delight to the ear. Especially the tunes of the original debut LP stand out positively. The title track is of timeless quality, this song was also covered by UB40. Check Dance With Me, this tune swings like crazy. Not to forget is of course That’s Life, an unparalleled classic! Don’t Believe Him is a gem, later expertly covered by Gregory Isaacs, among others. Noteworthy are both the fast-paced song Rocking Sensation and the minor hit song Let’s Have Some Fun. Delano steps back for the song Give Me A Chance, this tune is sung by ‘teen star of ska’ Millicent ‘Patsy’ Dodd.

Over to the lp Dr. No Go. On it, we find two tasteful and emotional contributions from Delroy Wilson. You can hear rocksteady influences on The Emotions with You Can’t Stop Me, cooking lessons can be taken if you listen to National Dish by The Conquerors. Humorous highlight here is the duo Bim & Bam with Fatty. It’s the B-side of their 1969 single on Gay Feet, the A-side is featured on the send disc! Across the riddim of The Whip from The Ethiopians they go wild witheir comedy chat, unfortunately, the patois is difficult to understand.

In those days Sonia Pottinger also recorded mento/calypso tunes. A few can be found here. Busty Brown’s Man Short (Ten To One) is definitely worth a listen, even for the reggae fan, while Nora Dean’s songs Must Get A Man and The Valet are swinging calypso tunes.

One of the top tunes here is the deejay cut by Charlie Ace, Creation Version. In the early deejay style, he toasts over Little Nut Tree by The Melodians, which happens to be one of the strongest rocksteady songs of 1968. Easy Squeeze by The Victors is a well-known tune of the group, also known as The Bassies. In that capacity, they recorded some strong songs for Studio One. Delroy Wilson is also featured on this disc. Especially strong is What Do You Want With Me, but Good To Me is also not to be sneezed at, what a fantastic singer he was!

The Conquerors are famous for two songs for Duke Reid. Lonely Street and I Fall In Love were top rocksteady tunes in 1968. Here they make a good impression with Mr. DJ. One of their most famous songs for Sonia Pottinger was Won’t You Come Home. However, this compilation contains the much more interesting version -Home Bound- with the unknown deejay Teddy. Also very worthwhile is the instrumental Chicken Licken from The Hippy Boys with deejay shouts from Dave Barker (?) The bass line is from Three Blind Mice.

Bim & Bam return with Landlord, and here they tackle Stay Loose Mama also from The Ethiopians. Organ virtuoso Winston Wright delivers a beautiful instrumental with Soul Pressure from 1970. A striking feature is the tune Praise Far I by The Ethiopians, a very early expression of the Rastafari movement.

Don’t Believe In Him