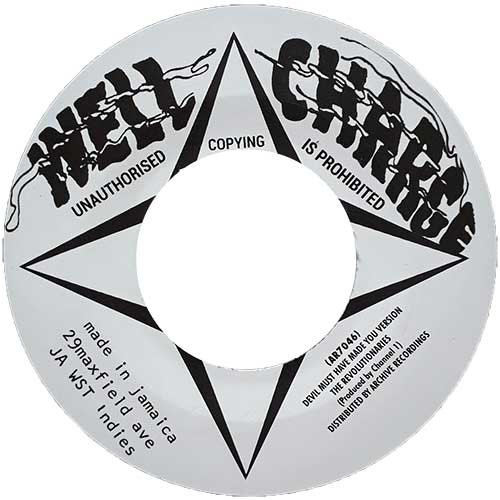 The duo, Earth & Stone, consisted of Albert Bailey and Clifton Howell. Like so many bands, Studio One was the first label they recorded for in 1972. The following year they entered the Channel One Studios, where they recorded several singles. In addition to an occasional lovers rock single, the focus was on roots and culture.
In the short time that they were active, they recorded some classic singles, including Jah Will Cut You Down and Three Wise Men. The release of the album Kool Roots as a double LP (vocal/dub) was rare at the time. It contained practically all of the songs they had recorded for Channel One.

The reissue label Archive Recordings from the UK released a song from the album as 7inch (limited edition) last summer. The song Devil Must Have Made You is one of rare quality, with vocals that convey the message full of emotion, no gimmicks. The original riddim fits perfectly with the catchy, passionate text. Classic is the correct description for this song.
The version on the flip side does not lag in terms of quality. The Revolutionaries are as usual in top form, and the mixing engineer (Barnabas, J.J. Hookim, or Maxie?) knows how a compelling dub should sound like. The riddim is subtly dissected, with extensive use of the original vocals, embedded in echo and reverb. Wicked!