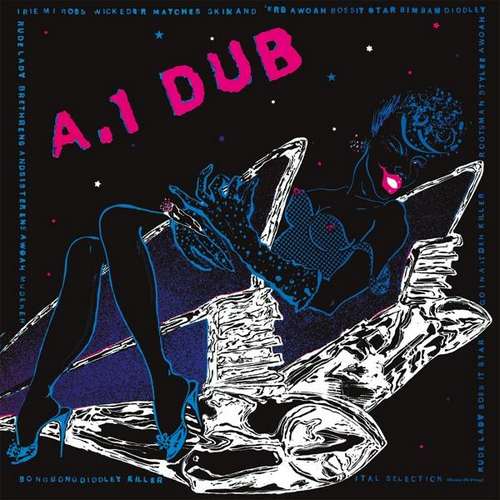 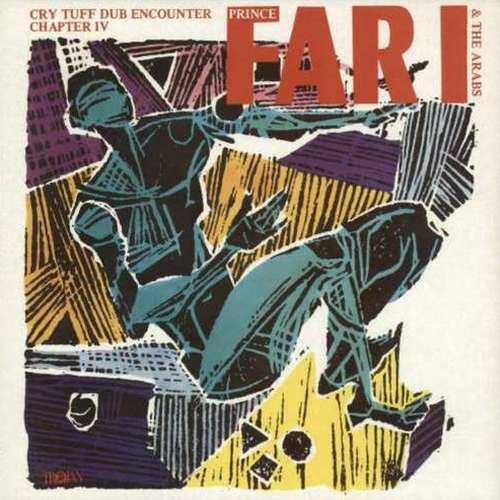 Dub is a uniquely Jamaican invention where the song is stripped down, manipulated, and reborn in a mostly mind-blowing melange of sounds. Around 1969 Kingston-based producers started to issue singles with instrumental ‘versions’ on the flipside of vocal releases, which were actually the basic riddim tracks. To these ‘versions’ one could add further instrumentation or deejay accompaniment. Within a year the inclusion of instrumental versions on the flipside was common practice among the majority of Jamaica’s producers.

In 1971 the first real dub recordings began to appear, with The Hippy Boys’ Voo Doo – the version to Little Roy’s Hard Fighter, which was mixed by Lynford Anderson a.k.a. Andy Capp – now widely acknowledged to be the first recording in the genre. But it was the pioneering sound engineer and sound system operator Osbourne Ruddock, better known as King Tubby, who did more than any other to popularize and develop the sound. He explored the possibilities of sound from his small studio, located at the back of his home, at 18 Drumilly Avenue, Kingston 11.

At the dancehalls, the selectors would play the versions of popular tunes and toast across them – which is where actually rap started. Heavily remixed versions of the vocal tunes filled with echoes and radical equalization drove the fans wild. Names like King Tubby, Errol ‘ET’ Thompson, Lee ‘Scratch’ Perry, Scientist, Prince Jammy, to name but a few, are written into the history of reggae music as pioneers of what we now call the remix.

By the end of 1976 the initial trickle of dub albums had become a flood, which actually came to full expression when, in the summer of 1977, the UK music weekly Black Echoes published a three-part article on the genre that included a chart of 125 recommended dub albums. The use of dub versions became more scarce, with the emergence of the digital riddims around 1985. Instead, instrumental versions were used by the producers, rarely using effects. Now dub albums from the golden days of reggae are sought after collector’s items, often asking exorbitant prices.

Doctor Bird Records, a division of Cherry Red Records, specializes in vintage Jamaican sounds licensed from the legendary catalog of Trojan Records. Some 40 years after their original issue, two dub LP’s are collected on a two-disc cd set. The 1980 album A.1 Dub from Morwell Unlimited and the 1981 LP Prince Far I & The Arabs – Cry Tuff Dub Encounter Chapter IV. The bonus disc gathers heavy stuff, comprising a further 19 dub classics, all taken from Trojan’s short-lived Attack 12” subsidiary label. The interesting liner notes are from Tony Rounce.

The 1980 dub set from Morwell Unlimited aka The Morwells was their third (and final) dub set, after 1978’s Dub Baby and Dub Me, a rare dub set originally released in 1975. The Morwells, initially consisting of Eric ‘Bingy Bunny’ Lamont, Maurice ‘Blacka Morwell’ Wellington, and Louis Davis (formerly of the Versatiles), emerged in the roots period of the mid-1970s and joined the ranks of gifted and distinctive harmony vocal groups like The Viceroys, The Royals, Wailing Souls, Culture and Israel Vibration.

The Morwells mainly recorded for their own label, Morwells Esq., which was launched in 1974 and notched up classics such as In God We Trust, the anthemic Kingston 12 Toughie and Africa We Want To Go. Around 1981 the band members eventually went their separate ways. Blacka Morwell focused on producing, while Bingy Bunny became one of the musical pillars of The Roots Radics. Bingy Bunny sadly passed away in December 1993, and Blacka Morwell, after returning to Jamaica in 1998, died in October 2000.

The set offers ten fairly calm, relaxed dub workouts. Don’t expect an explosive, furious wall of sound. On most tracks, the bass takes the lead, nicely complemented by fragments of the vocals and the other instruments, with frequent use of the organ parts. The sound effects are carefully dosed, there is no abundance. Some tracks can easily be traced back to their vocal counterparts.

Opening track Different Style can be traced back to Brain Food from their album Kingston 12 Toughie. However, there are more dub workouts of which the vocal version can be found on that album. Music is the original of the solid Depth Charge, which happens to be their reworking of the Heptones’ In The Groove riddim. The majestic In God We Put Our Trust is carefully reconstructed into Survival Dub. Magnificent! Also from that album is I’m Radic, here in stripped-down form as 7 Drunken Masters. From the LP Cool Runnings, the track Man Ah Kill Man was transformed into Waterpump Skank.

Born Michael James Williams in Spanish Town, Jamaica in 1945, Prince Far I grew up in the Waterhouse area of Kingston. In the early 1970s he was working under the stage name, King Cry Cry, with a few slices released by producer Coxsone Dodd. He then started using the name Prince Far I. With a unique, deep, husky voice voice and talking over style, he became a popular reggae artist, styling himself ‘The Voice of Thunder’.

He has recorded albums for several prominent producers. He also dedicated himself to producing his own work for his own label Cry Tuff. The album Heavy Manners for Joe Gibbs is still one of his better efforts. Both Voice Of Thunder and Message From The King can be considered essential Prince Far I material. Unfortunately, this genius artist left us way too soon. He was murdered on September 15, 1983, in the middle of recording sessions for producer Roy Cousins. It has become his last album.

In collaboration with Adrian Sherwood, he released the dub series Cry Tuff Dub Encounter. Cry Tuff Dub Encounter Chapter IV is the dub counterpart (8 tracks) to the Voice Of The Thunder. In contrast to the A.1 Dub album, Prince Far I’s dub album is of a different caliber. Not better or worse, but clearly different, with jazzy influences. Just listen to Sound Gesture, the dub version of Every Time I Hear The Word. It’s the Drum Song riddim featuring horns, melodica, and possibly clarinet, making it one of the best-arranged versions of the tune ever released.

The songs are longer, often hypnotic in nature. Although the original tracks were recorded at Channel One, the mix was done by none other than Adrian Sherwood of On-U Sound Records in England. A certain subcutaneous tension can be felt in the sparsely filled mixes. The emphasis is on the drums, in conjunction with the guitar. The bass is more present in the background.

And for a very tasty dessert, there is the bonus disc! An excellent collection of 19 dub workouts from the Attack 12″ label, founded by Trojan Records. The label was only active from 1979 to 1980. Interesting to mention is the fact that the amazing dub classic Jammin ‘For Survival is credited to Prince Jammy, although Blacka Morwell has said in multiple interviews that he was the man behind the controls!

Lots of highlights here, but personal favorites include Scientist In Fine Style, the dub to Barry Brown’s Separation, Babylon Wrong Dub which is a remix of Babylon Wrong by Ashanti Waugh. Finally, we have to mention Caring For My Sister, a superb effort, brought with class and style by Scientist & The Roots Radics. 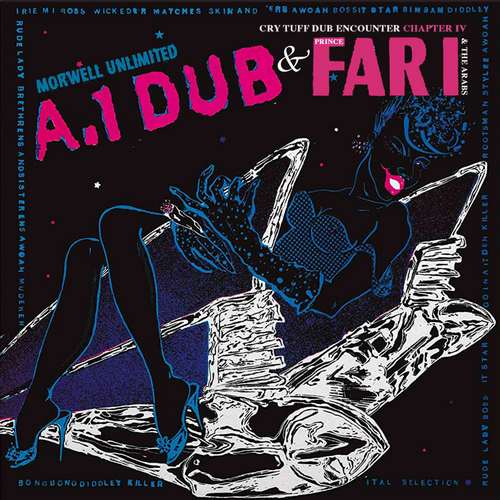 Caring For My Sister – Scientist & The Roots Radics