Nga Han and The Hi-Flyers – Emergence 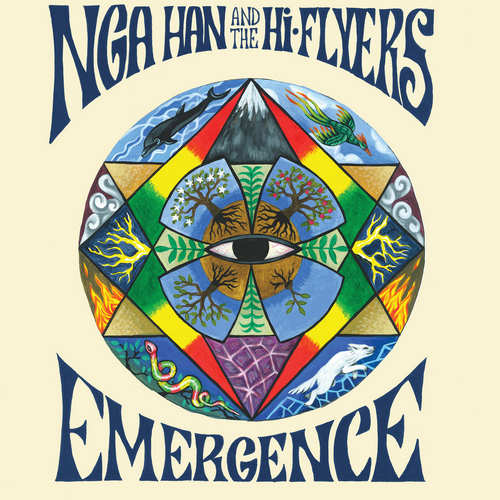 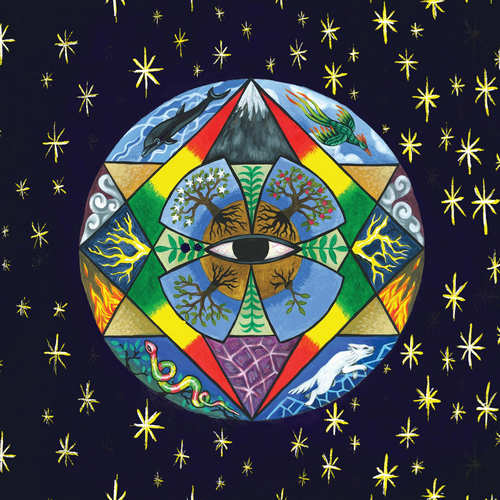 Nga Han and The Hi-Flyers – Emergence

Hot on the heels of his great sophomore album “The Living Steam: Chapter One”, which was recorded in the Netherlands and produced by producer Uta Maruanaya of Roots Unity Music, Jamaican roots reggae vocalist Rohan Palomino aka Nga Han has his third full length studio album out on the streets. Like all Kingston Echo productions, the entire “Emergence” LP was recorded to 16-track analogue tape at Hoboken Hi-Fi, with no computers used in the production of this record.

After initially collaborating on the single “Way Out”, Nga Han and Antwerp-based producer Kingston Echo decided to record a full length studio album. Subsequently, the singer was living with Belgian producer Kingston Echo for three months in the course of the summer of 2019, working on tracks for the album together with the in-house studio band The Hi-Flyers. Part of the latter are Kingston Echo (lead & rhythm guitar, acoustic guitar, bass, piano, organ, synth, percussion), Missing Link (drums), Juli Jupter (rhythm guitar, bass, percussion, backing vocals), Terence Olliviera (piano, organ, melodica, backing vocals), Dierik Van Hemeldonck (trumpet), Jort Verdick (alto sax), Wannes Jacobs (tenor sax), Lucky Luc (bass drum) and Militant Mila (backing vocals). In the end, this 8-track LP is the result of the producer, musicians and singer spending lots of time together; hanging out, sharing meals, jamming, reasoning, joking and writing. This, of course, created a strong bond between all those involved in the project, which translated into a musical atmosphere that without a doubt has contributed to the quality of the final work.

Apart from the previously released single “Way Out”, the next impression of what kind of album it was going to be was provided by the May 2020 released lead off single “Emergence”, for which Nga Han was inspired by the “Book of the Hopi”. It’s a compelling tune with lyrics that could not be more resonant in these trying times as they state a firm belief that a better and more just world will emerge from the turmoil. And now, the upbeat and uplifting single is the opener ànd title track of Nga Han’s new album. Between the previously released singles “Emergence” and the downright stellar message tune “Way Out”, the listener is treated to inspiring roots reggae music, with each song musically and lyrically being on serious levels. All riddims have a different mood and vibe, and perfectly well compliment the vocals. Besides that, the great wordsmith Nga Han is, keeps you involved from beginning to end.

The second track on the A-side of this vinyl platter is a fascinating spiritual tune “Can’t Stop I n I Progress”, which, with its scintillating horns, is a great effort that convinces on all levels. Then the pace is slowed down to give way to the gorgeous “Slow Down The Pace”. The merging of vocals and riddim here works very well and the song brings the listener into a state of calmness. The last track of this side, “Liberty”, is one of the most powerful tracks on the album. The flip side opens with “Anew”, a Nyahbhingi flavored track with on top a wonderful acoustic guitar picking, which unfolds as a serene piece of brilliance. It’s a song in which Nga Han giving praises to His Imperial Majesty. Next comes the infectious “Versatile”, which fires on all cylinders. Another precious gem of a smooth track drops in with “One Drop Analogue Style”. This one represents the album’s longest track and is truly a musical bit of candy not to be missed.

While the vocal album is pressed on vinyl, its dub counterpart entitled “Submergence (Emergence In Dub)” is a digital-only release. For obvious reasons a small label like Boni-Fi Records wasn’t able to put out a vinyl set with both the vocal and dub included. A pity, because these two sets definitely form an organic whole. And besides that, the dub album is a killer. All tracks were mixed bt Kingston Echo directly from 16 track analogue tape, true to the roots of dub mixing. Some of the dub versions, such as “Liberty Dub” and “Dub Things Anew”, have bits of vocals in the mix, while others are simply dubbed up version of the riddim alone. Hopefully the vocal set will generate the resources to enable Bona-Fi Records to also release “Submergence (Emergence In Dub)” on vinyl.

Conclusion Nga Han, The Hi-Flyer and Kingston Echo have managed to deliver a totally satisfying album with a strong authentic feel.