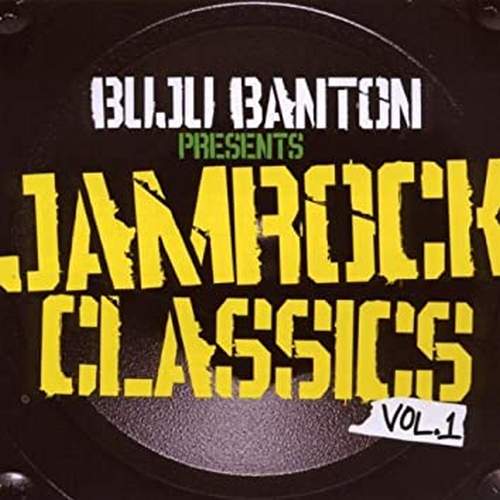 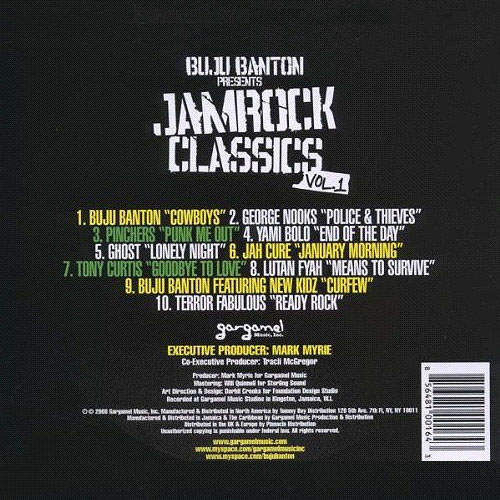 Mark Myrie, a.k.a Buju Banton, has by now a career spanning several decades. Inspired in part vocally, by ‘the original Banton’ the gruff-voiced Burro Banton,. Buju’s debut single dates back to 1987, when he (aged 14) released the song “The Ruler”. This Dancehall song with some might say slack and ‘macho’ (male braggadocio) lyrics was not yet inspired by Rastafari consciousness as his later work, but already showed some of his vocal talents. Buju’s musical career since then has been quite varied and, well, eventful, including international controversies about lyrics, on his 1992 song “Boom Bye Bye”, with Buju later apologizing for these violent anti-gay lyrics.

After recording sessions with several producers, including the recently deceased Bunny Lee, he joined in 1991 Donovan Germain’s ‘hit-machine’ Penthouse label. Around 1995 Buju embraced the Rastafari movement, signalling more or less also a move toward more conscious Reggae, though he also maintained a connection to Dancehall, keeping in touch with the current popular sounds of the Jamaican dancehalls. His catchy, danceable songs, and dynamic, flexible vocals resulted in several big hits by him, both Reggae as Dancehall, gaining him popularity in Jamaica and the international Reggae world. He had both big (conscious) Reggae and Dancehall hits, including with “Love Sponge”, “Batty Rider”, “Hills and Valleys”, “Destiny”, “Driver A”, a.o., all becoming regularly played at clubs and dances, internationally.

In 1996 Buju Banton established his own Gargamel Music label, along with an own studio on Carlisle Avenue in Kingston, Jamaica. Good albums and hit songs continued to be released by Buju since then, and albums like “Inna Heights” and “Rasta Got Soul” became popular and even Grammy-nominated. He surely had become a ‘big name’ within Reggae and Dancehall, by then, with a regular flow of hit singles.

Then, in 2011, there was the sad disruption with his imprisonment for cocaine traffic charges, some say he was framed, in any case keeping him in prison up to 2018. After which he started touring and releasing songs again, at the delight of his many fans internationally.

This album, “Buju Banton presents Jamrock Classics, Vol. 1”, from 2008, is a Gargamel Music production – a few years before his imprisonment -, also recorded at his own Gargamel studio in Kingston, Jamaica. I myself have visited that studio (several times) in 2006 and 2008, being a pleasant, ‘hang out’ spot/studio with yard, in medium-wealthy North Western Kingston.
It is thus an own release, produced also by Buju, but a compilation of songs by several artists, alongside himself, ‘visiting’ the studio, so to speak.

The question with a versatile artist like Buju is always whether it is more Dancehall- or Roots-like. Buju’s own dynamic opening song “Cowboys” seems to answer this question, as it is on the Reggae riddim “Three Blind Mice”. The catchy song more or less sets the tone for the whole dynamic, yet ‘Rootsy’, album, but with Dancehall and digital feels here and there. It has good (if largely recycled) riddims, and is a very danceable and uplifting compilation album throughout.

After Buju’s good opener, George Nooks covers Junior Murvin’s “Police and Thieves” to nice if unspectacular effect, on the “Full Up” (“Pass The Kouchie”) Riddim. Pinchers then has a nice, conscious song on the “Stalag” riddim. Yami Bolo has a semi-digital Early Dancehall (Rub A Dub) vibe on the strong conscious song “The End Of The Day”, one of the better songs on this album, despite a digital feel perhaps not to everyone’s taste. The flamboyant, high-voiced Ghost (whom I met when I was at Gargamel’s studio in 2008) offers a nice, sincere and soulful song with “Lonely Night”. Jah Cure’s song “January Morning” is fine, though maybe not Jah Cure’s best one, maybe due to a mismatch between the simple digital riddim and the vocal part by Jah Cure.

The riddim is better on Tony Curtis’s song “Goodbye To Love”. This one is followed by an even better song, and another high point on this album: Lutan Fyah’s “Means To Survive”, a not very well-known song by Lutan Fyah, but a characteristically high-quality song, even despite the digital drums. Lutan Fyah, by the way, recorded his very first songs for Gargamel Records, back in 1999, so it is in that sense a return for him to the studio.

Buju teams with New Kidz for another song on the same “Three Blind Mice” riddim, but slower vocally, called “Curfew”. A fine song, further somehow relating to these odd ‘lockdown (and even curfews)’ corona pandemic (some say ‘plandemic’) times, the world still goes through.
Again on the “Stalag 12” riddim, Terror Fabulous – who is a bit in the Buju vocal ‘school’ of toasting -, finishes this set with the groovy and vivid “Ready Rock”, also showing his vocal skills.

All in all, a nice, lively compilation from 2008, on partly well-known, recycled riddims, but sung over by skillful singers and chatters, bringing actually all nice and good songs on the album. The ones by Yami Bolo and Lutan Fyah perhaps stand out most from a “Roots” perspective, but most songs on this album are definitely worthy to check out.​

Conclusion All in all, a nice, lively compilation.