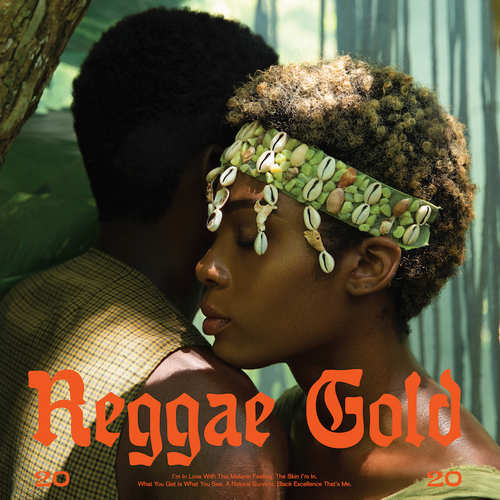 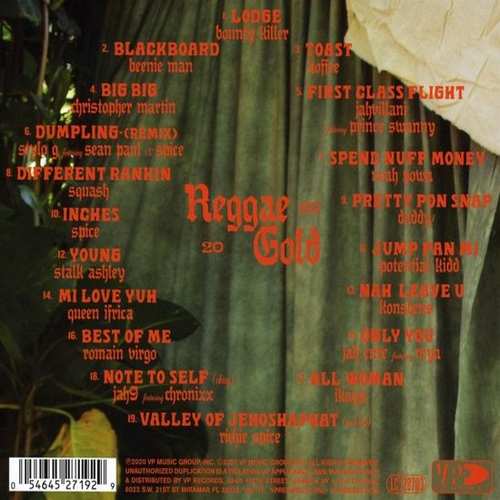 The great era of classic compilations is already gone for quite some time. Only very few releases have since remained and one of them is the annual released compilation set “Reggae Gold”. Released by VP Records, the world’s leading reggae label, the “Reggae Gold” series is one of the longest running reggae & dancehall music compilations. Throughout the years the series has grown to a top-quality level and has become a good purchase for the average fan. Since its inception in 1993, the “Reggae Gold” releases have always been studded with many hits of the preceding months and this latest volume is no exception to it. And thus “Reggae Gold” is clearly a safe bet as it always manages to catch up with leading trends as well as gather up numerous relevant cutting-edge tunes in one place.

This being said, it’s almost inexplicable to see that dancehall icons Bounty Killer and Beenie Man alongside Leroy ‘the Hornsman’ have to get the ball rolling with a throwback to the 1990s, which actually is the inclusion here of “Lodge” on the “Sleng Teng” and the top notch number “Blackboard” across the “Mecca” riddim respectively. Probably the only explanation could be the huge buzz the duo created in May 2020 with the live stream of their ‘ultimate celebration clash’.

After these two opening tracks, it’s Grammy Award winning Mikayla Simpson better known as Koffee who brings the listener back to current times with her huge hit tune “Toast”, which was produced by Izybeats and Walshy Fire of Major Lazer. Next comes Christopher Martin’s “Big Big” across the “Aircraft” riddim, a boasty track detailing the singer’s journey from humble beginnings in Black Pasture, St. Catherine Parish, to becoming one of today’s biggest and most influential artists in Jamaica. Then there’s Jahvallani’s collaboration with Trinidad star Prince Swanny for the YGF produced catchy, feel-good vibed tune “First Class Flight”, and the Remix version of Stylo G’s “Dumpling” featuring Jamaican dancehall heavyweights Sean Paul & Spice. Kingston-born and raised reggae/dancehall artist and selector Noah Powa is present with “Spend ‘Nuff Money”, a song written by Noah Powa himself and Versatile about making money and enjoying the life that comes with it.

Jamaican dancehall artist Daddy1, a member of Montego Bay’s 6ixx crew, who recently saw the release of his first studio EP titled “1 Bro Gad” on VP Records is featured here with a track taken off that EP, “Pretty Pon Snap”. Potential Kidd, featured on “Reggae Gold 2012” with the hit single “Yah Suh Nice”, made his return last year after he had taken a hiatus from the music in 2016. Potential Kidd’s tune “Jump Pan Mi”, the clean version of “Jump Pan Mi Cocky”, is underpinned by an irritating, repetitive riddim that might get on your nerves. Stalk Ashley, who gained recognition from her” Wasteman” duet with Jada Kingdom and earned major label interest with tracks like “Drunk Text” and “Sin Sex”, delivers an ode to staying single with her last year released third single entitled “Young”. Then it’s reggae time with first the chart buster “Only You”, Jah Cure’s collaboration with with R&B veteran Mya, and then Romain Virgo’s hit single “Best Of Me”. “Note To Self (Okay)” by Reggae songstress Jah9 is a message of self-assuredness done in collaboration with Chronixx, while Richie Spice kills it with the Clive Hunt produced crucial roots anthem “Valley Of Jehoshaphat (Red Hot)”.

One of the beauties of this selection is, at the time of its release, the inclusion of no less than five exclusive tracks from Squash, Konshens, Spice, Queen Ifrica and Ikaya. “Different Rankin” is one of the best tunes recorded by 6ixx Boss Squash. This exclusive track was produced by popular Jamaican record house Shabdon Records. Spice’s “Inches” glorifies the long lengths of hair extensions and the versatility and freedom that it gives women. Besides the fact that the usage of autotune is something you don’t want to hear in a song, also lyrically Konshens’ “Nah Leave U”, in which he promotes domestic violence and toxic behaviour as love, is something to stay far away from. In all it’s best to skip this track and continue with Queen Africa’s “Mi Love Yuh”. Produced by Agent Sasco for Diamond Studios. the song explores the concept of being honest and addressing relationship issues to avoid painful consequences in the end. Soulful reggae songstress Ikaya has made a mark in the reggae music industry over the past several years with various hit songs. Here she contributes the gorgeous, Jeremy Harding produced one-drop tune “All Woman”, which is dedicated to all women.

Conclusion An enjoyable hit studded album as ever.