Various – When Jah Shall Come 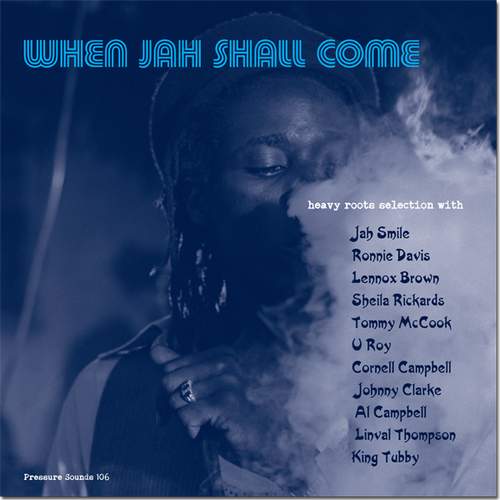 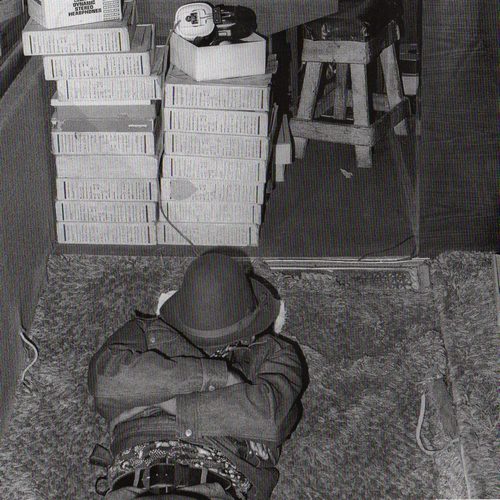 Various – When Jah Shall Come

One of the longest-standing and most acclaimed re-issue reggae record labels, London-based Pressure Sounds, has released a notable number of albums/compilation sets produced by Edward O’Sullivan Lee, in reggae circles better known as Bunny ‘Striker’ Lee. These releases include The Uniques’ “Watch This Sound” and “Absolutely Rocksteady”, Delroy Wilson’s “Dub Plate Style” and “Go Away Dream”, The Aggrovators’ “Super Dub Disco Style”, “Dubbing In The Back Yard”, “Dubbing In The Front Yard” and “Conflict Dub”, Tommy McCook & The Aggrovators’ “Super Star Disco Rockers”, and the various artists sets “Once Upon A Time At King Tubby’s”, “Full Up (Bunny ‘Striker’ Lee’s Early Reggae Productions 1968-72)”, “Next Cut! (Dub Plates, Rare Sides & Unreleased Cuts)”, and “Tape Rolling! (On Wax And In The Studio 1971-74)”.

When Jah Shall Come

With the aforementioned releases along with a whole heap of others put out by various record labels throughout the years, you might get the impression that the Bunny Lee catalogue would be exhausted by now, well it’s not! In contrary, Pressure Sounds has unleashed “When Jah Shall Come”, yet another noteworthy various artists set from the producer’s seemingly never ending supply of tapes.

From teenage fan to young record plugger for Duke Reid, Coxsone Dodd and other early pioneering Jamaican producers, Bunny Lee has spent his whole professional life inside the Kingston music industry. In the 1970s he produced a massive volume of remarkably consistent music and became one of the major record producers in Jamaica, scoring hit after hit – hence his nickname ‘Striker’. If you wanted a hit, you went to Bunny Lee! In the 1970s he used to record every day. Sometimes he was day and night in the studio; daytimes in the main studios and then night times in Tubby’s studio til daylight. King Tubby’s studio at Drommilly Avenue in the heart of the infamous Waterhouse ghetto was really like Bunny Lee’s headquarters. He recorded the backing tracks at the big studios, but then most times he voiced and mixed at Tubby’s. Bunny Lee definitely was the one who broke the dominance of the producers that had ruled Jamaican music in the 1960s.

“When Jah Shall Come” features some of the most popular Jamaican artists of the 1970s such as Johnny Clarke, Cornell Campbell, U Roy, Horace Andy, Linval Thompson, Tommy McCook, Al Campbell, the legendary Aggrovators, and more. This compilation album is a rollercoaster ride of deep and heavy 1970s roots music with lots of rare and unreleased cuts, complete with false starts and studio banter. The recordings featured here come from a time when Bunny Lee was definitely ‘in the zone’, releasing heavyweight singles at an almost unstoppable rate.

It’s obvious this set includes quite a number of tracks that feature ‘flying cymbals’ or ‘flyers’ riddims which dominated the Jamaican dance halls and the charts during 1974 and 1975. Once the ‘flying cymbals’ sound had taken off, Bunny Lee often recorded a ‘flyers’ and a straight version of the same riddim. The album opens with “Tommy’s Vibration”, a little known Tommy McCook instrumental on the ‘flyers’ cut of Linval Thompson’s “Jah Jah A The Conqueror”, and is followed by the previously unreleased “No Babylon Shall Escape In This Time”, which Johnny Clarke and Bongo Herman recorded over the original version side of “None Shall Escape The Judgement”. It actually was Johnny Clarke’s interpretation of this Earl Zero tune that opened the floodgates for the ‘flyers’ style. Next comes the deejay cut “Ethiopian Rock”, a heavy hitter mixed by King Tubby and performed by Jah Smile who after his one and only deejay tune continued his career as a singer and became widely known as Barry Brown. A downright stellar beginning of this set!

After having been treated to these great first three tracks the ultimate fuljoyment one experiences simply doesn’t stop! The rest of this comp also treats the avid fan very well as there are whole heap of other superb and intriguing recordings from Bunny Lee’s vaults included here. One of them is the absolutely gorgeous lament “Life Of My Own”, performed by a singer who neither Bunny Lee nor various expert ears have managed to identify. At the producer’s suggestion he’s credited as The Raver. Enough true highlights amongst the remaining tracks to make you feel you’re in reggae heaven. No filler to be found, and perhaps most importantly even no track around that has already appeared on countless compilations of Bunny Lee productions. Of special interest are two dubplates by Cornell Campbell; “King Tubby’s vs Arrows Dubplate” and “Bunny Lee & King Tubby’s Dubplate Special”. Bunny Lee often tried out different singers on tunes that he thought would hit. Examples featured here are Ronnie Davis’ take on Johnny Clarke’s “Every Knee Shall Bow”, Johnny Clarke’s version of Horace Andy’s “Better Collie”, and “No Man Is An Island” by Johnny Clarke & Horace Andy, all unreleased until now.

Johnny Clarke – No Babylon Shall Escape In This Time

U Roy – The Right To Live

The Raver – Life Of My Own

Conclusion A truly superb compilation that simply has to be part of any true reggae fan's collection.