Willi Williams – Glory To The King 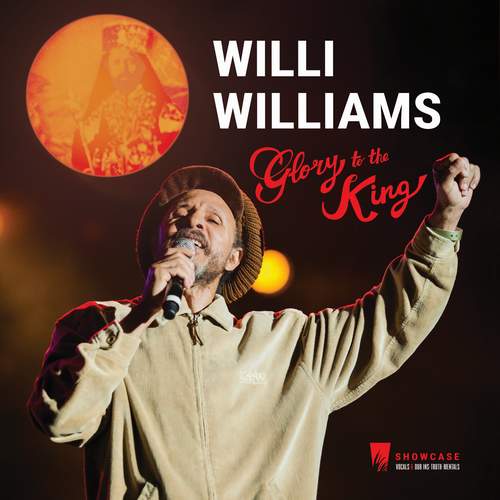 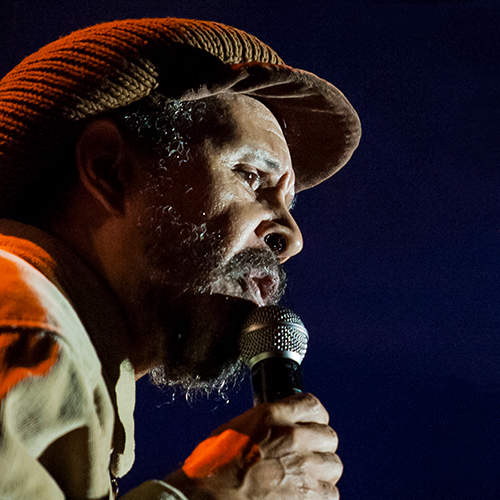 Willi Williams – Glory To The King

Just mention the song “Armageddon Time” to a reggae fan and most likely he/she will come up with the name Willi Williams. Recorded with the Sound Dimension at the legendary Studio One across the original instrumental “Real Rock”, this roots scorcher has become one of reggae’s signature tunes and thus firmly established Willi Williams’ name on the reggae map. Furthermore it also brought him to a wider audience as it was successfully covered by London’s premier punk band The Clash in the early ’80s. Two years earlier Willi Williams had delivered his outstanding debut album “Messenger Man” on the Jah Muzik label. Throughout the ’80s and ’90s, the singer continued to make records and although some of them were extremely good – like for example the Jah Shaka produced set “Natty With A Cause” – he wasn’t able to outmatch or even match the success of his Studio One classic.

Willi Williams’ reflective, gentle vocal style, which owes as much to soul and jazz styles as to roots, is fully displayed on this subtle new album. It is that unique singing that strongly appeals to all roots reggae fans. And, whenever Roberto Sánchez and the Lone Ark Riddim Force are involved in a project, it’s a real pleasure to hear reggae music that recalls very fond memories of a time when it was a deeply inspired and startlingly original form. Willi Williams long-awaited “Glory To The King”, with its six vocal cuts and six instrumentals with a lead musician coming to the fore, is no exception.

Earlier this year we already got a foretaste of what to expect from this Willi Williams album, when the 7″ singles “Don’t Show Off” and “See It Deh” hit the streets. “Don´t Show Off” opens this set, affirming he still has that kind of tone and phrasing that makes you feel a higher level. It’s a great roots tune, worth hearing over and over again. And then there’s “See It Deh”, a stellar song underpinned by a remake of the riddim Roberto Sánchez composed for Shanti Yalah´s song “Creation, a riddim done inna Rockers stylee.

Remain four brand new, never before heard vocal cuts. The first one, the sublime spiritual song “There’s A Place”, stands for high quality roots reggae music. It’s a modern roots anthem stamped with class all over, not in the least due to the enchanting riddim that underpins this standout track. The tempo and vibrancy of the vibes takes a slight step back when the title track, the straight forward praising tune “Glory To The King”, drops in. Ultimately, as the song develops, it’s a fully satisfying classically vibed effort. Musically “What’s Going On” goes into a different direction. It’s a moving, soulful reality tune that deals with the refugee crisis in the world. The last of the four previously unheard tunes, “Here We Are”, is an excellent track and definitely one of the album’s most outstanding efforts.

Instead of adding dub versions to Willi Williams’ vocal cuts, what’s usually done, they are now accompanied by instrumentals with each time a different musician being the lead instrumentalist. This turns out to be an appealing concept with some noteworthy material to fuljoy. Ras Telford nicely plays the melodica on “The Nansa Heritage” and “Glory To Him”, while Bass Lee, who recently released his album “Inna One Drop Style – Melodica Showcase”, does the same on the gorgeous “Deep Within”. Junior G takes the lead with his trombone on two instrumental gems, “Iration” and “Blow Your Horn”. An also the organ as lead instrument, played by Booker Gee on “Faith”, is present here.

Conclusion Great new album from the roots veteran and the Spanish ace producer.