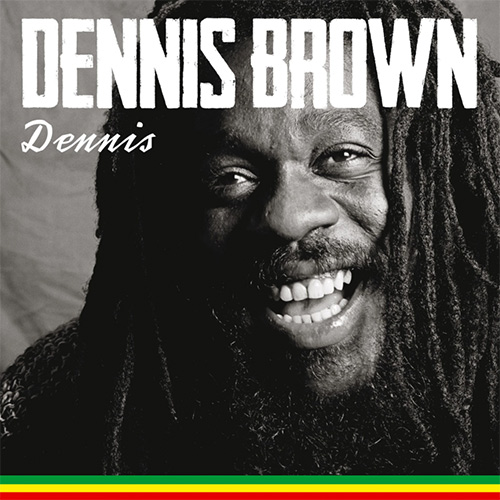 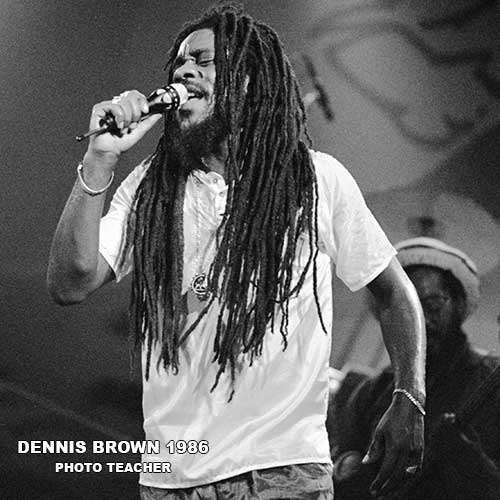 Crown Prince of Reggae, Dennis Emmanuel Brown is without a doubt one of the most prolific and popular reggae artists ever. Born in 1956, he began recording for producer Coxsone Dodd in his youth. It resulted in the 1970 released LP “No Man Is An Island”, recorded when he was only 13 years old. A second album followed a year later. In the 1970s and early 1980s, he became a leading artist in reggae music with numerous roots and lovers songs for several defining producers. Through the 1990s he remained a name worth looking forward to, although the quality of his songs did not reach the level of his earlier productions. He died on July 1, 1999.
A complete generation of reggae fans literally grew up with his music. Dennis Brown, a devout Rastafarian, and member of the Twelve Tribes of Israel Organization, was unquestionably a musical genius and is still missed. He was undoubtedly one of Jamaica’s foremost singers, with a voice that enabled him to never limit himself to one style. Whether it was roots & culture, lovers, or dancehall music, he excelled in every style.

Sometime in the first half of the 1970s, the still young Dennis Brown came into contact with the innovative young producer, Winston Hollness, aka Niney The Observer. That contact resulted in a number of classic songs that had a clear influence on the sound of reggae music of that period.

Now we are delighted with a reissue of that album, however with a modified tracklisting and two bonus tracks, released by Burning Sounds on 180-gram vinyl. The tested and proven classics are of course present here. Roots reggae of the highest order, performed by a singer who was still in his teens at the time. Listen to Dennis’s captivating rendition of The Gaylads’ Studio One hit, Africa, followed by the equally awesome No More Will I Roam. From the same rootical level are Blood Sun, Tribulation and Run Too Late. As said before, Dennis also managed to bring lovers tunes in a convincing way. Examples include the cover of The Paragons’ rocksteady hit Only A Smile and his performance of Ken Boothe’s hit tune Silver Words, not to mention the beautiful Go Now. He even manages to make a nice cover of the mediocre disco hit Shame.

On to the 1978 hit Funny Feeling, produced by Gussie Clarke. The original belongs to reggae legend BB Seaton, but Dennis’s version eventually became more famous than the original. Wicked tune! Finally, we arrive at the two bonus tracks. These are again well-known and loved songs by Dennis. Both productions were released in 1972 on Phill Pratt’s Sunshot label. He was also responsible for production. The Santana cover Black Magic Woman is convincingly presented with a sober, but stylish backing. Let Love In aka Loving, also featuring the same kind of backing, with the lead role claimed by the guitar riffs, is an outstanding classic roots tune that has stood the test of time very well. This song turns into a blissful dub version after about two minutes.