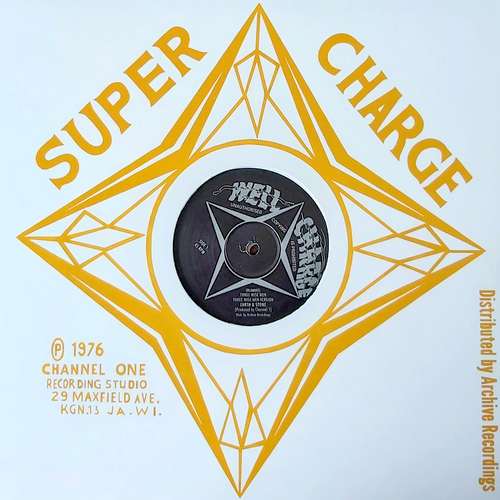 After the reissue of Earth & Stone’s Devil Must Have Made You, Archive Recordings comes up with a two new reissues from the roots reggae duo Earth & Stone. The two members Albert Bailey and Clifton Howell tried their luck at Studio One in 1972. In 1973 they entered the Channel One Studios where they cut several quality tunes, mostly songs addressing cultural themes, including False Ruler, Jah Will Cut You Down and Three Wise Men. The release of the album Kool Roots as a double LP (vocal/dub) was rare at the time. It contained practically all of the songs they had recorded for Channel One. After a few recordings for the likes of Joe Gibbs, Ossie Hibbert, and Buster Riley they disappeared into obscurity.

Apparently, the Channel One archives contained unreleased mixes of this great song, as the versions on this 12inch differ from the original 1977 releases on the Well Charge and Channel One imprints. After the instrumental intro, culminating in echo, a piece of acapella is sung. The rest of the tune differs in that at times an echo effect is applied and the background music is omitted. The result is a slightly more exciting mix than the original.
Channel One’s house band, The Revolutionaries, provides the two solid dub versions. The first dub version is enhanced with vocal snippets and lots of echos, unlike the dub version on the B-side, which has more of an instrumental version.