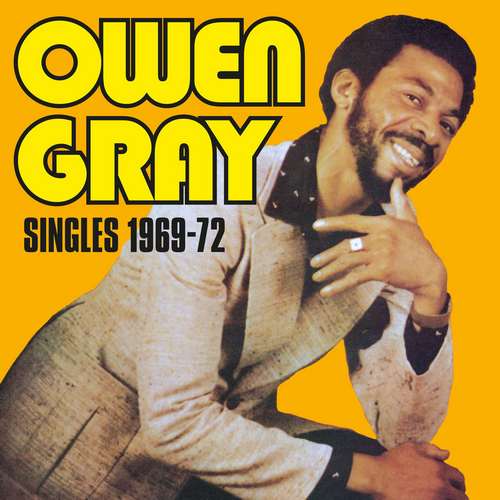 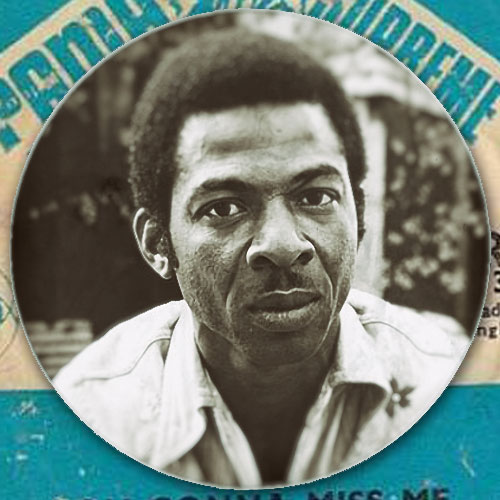 Foundation singer Owen Gray, also known as Owen Grey, is credited as Jamaica’s first home-grown singing star as he was the first singer on the island to sing in a style that wasn’t mento, calypso, or jazz. His work spans the R&B, ska, rocksteady, and reggae eras of Jamaican music. Although he had a notable amount of hits under his belt and a lot of his recordings were of high quality, the man was never highly regarded and didn’t receive the recognition he truly deserved.

Born in Jamaica on July 5th, 1939, Owen Gray grew up in Trench Town, Kingston JA. He won his first talent contest at the age of nine and was appearing in public, playing drums, guitar, and keyboards by the age of twelve. In 1957 he cut his first single Who Saw The Lightning for Smith’s Hi-Lite Records. Two years later he was the first singer to praise a sound system on record with the tune On the Beach, celebrating the Sir Coxsone Downbeat system. More tunes for Coxsone Dodd followed before he recorded his first single for Chris Blackwell in 1960, Please Let Me Go which became a number one hit in Jamaica.

The single also sold well in the UK, as did subsequent releases, prompting the artist to emigrate there in 1962. His popularity continued throughout the 1960s, working with producers such as Clement Dodd, Prince Buster, Duke Reid, Leslie Kong, and Clancy Eccles, including work as a duo with Millie Small, with songs ranging from ska to ballads. He continued to record regularly, having a big seller in 1968 with Cupid. During this period he recorded many tunes in the UK, that were released on Punch, Pama, and its sister label, Camel Records, run by the infamous Palmer brothers. His 1970 track Apollo 12 found favour with the early skinheads. The bulk of his tunes for the labels of the Palmer Brothers would later become known as ‘boss reggae’. In Jamaica, he enjoyed success with Hail The Man, a tribute to Emperor Haile Selassie. Towards the end of this decade, he was no longer at the forefront of British black music. Since then Owen Gray has mainly focused on singing ballads as well as gospel material. Last year, at the age of 80 he recorded a new album under the guidance of producer Delroy Williams, read the review here.

His songs from the three aforementioned labels have now been brought together on two CDs. The digipack contains a booklet with interesting facts collected by J. R. Gonne.

Unfortunately, the song Apollo 12 is not included, but that doesn’t stop us from enjoying the 31 songs. Although Owen is listed in the credits as the songwriter of all songs, there are some pretty good covers to be found. For example, check the King Floyd cover Groove (To)Me an appealing mix of soul and reggae. Another solid tune is his adaptation of the US standard I Hear You Knocking, known in the versions of Fats Domino and, later, Dave Edmunds.

Less successful is the soulish ballad Summer Sand, complete with violins in the background. On the other hand, he gives Tony Orlando’s Candidia a nice, spicy reggae feel. As the last cover, we would like to point out the very last tracks of this album. It is an appropriate (extended) version of ZZ Hill’s classic Please Don’t Make Me, followed by the equally long dub version. It is the 12inch, produced by Owen himself, that was released on Pama at the time.

The influence of soul music is clearly audible on various tunes. Check out I Am Satisfied, Packing Up Loneliness and When Will I Find My Way. Disc 2 surprises us with some unknown gems such as You Gonna Miss Me, Nothing Can Separate Us, and Hold On I’m Coming with its striking riddim. The soul ballad Something To Remind Me is a straight tearjerker that is not really for us.