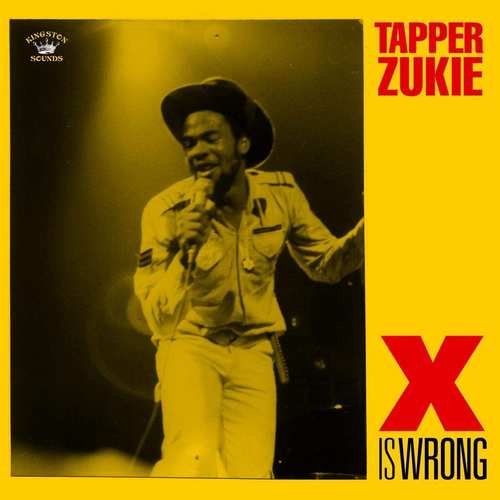 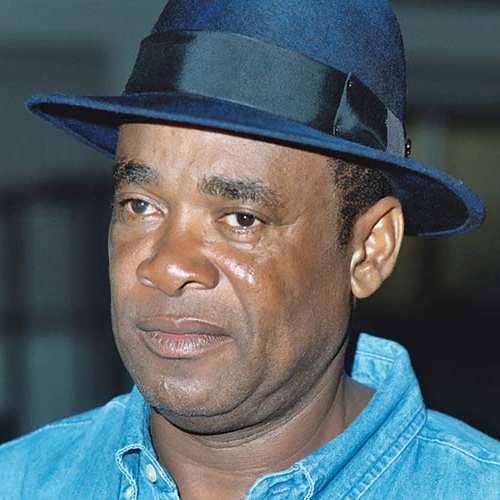 With the 1973 released Man A Warrior LP and then the M.P.L.A. album from 1976, David Sinclair aka Tapper Zukie (sometimes spelled Tappa Zukie) secured his place in the annals of reggae history. His being considerably successful in the mid-’70s enabled Tapper Zukie to set up his own record label called Stars. Besides releasing his own recordings, he also began to produce other artists including Junior Ross & The Spear, Prince Allah, Errol Dunkley, Ronnie Davis, and Horace Andy. In 1978 he scored a big hit with Oh Lord, which spent six weeks on top of the Jamaican charts, while also She Want A Phensic was extremely popular in the summer of that same year. Because he more and more started to concentrate on production, he released only one album of his own since the mid-’80s, the mediocre Deep Roots (1996, RAS).

in 2011, fifteen years after his last full-length album release, Tapper Zukie returned with a brand new 14-track album, which last year was reissued on cd by Kingston Sounds and now is also made available on all digital platforms. In contrast with its predecessor, this X Is Wrong set is a very consistent collection of tunes. Tapper Zukie is in real good shape, delivering his conscious lyrics over original classic riddims recorded at Channel One. All riddims were played by great Jamaican musicians such as Sly Dunbar, Max Edwards, Santa Davis, Robbie Shakespeare, George Fulwood, Lester Sterling, Winston Wright, Ansel Collins, Earl ‘Chinna’ Smith, Tony Chin, Tommy McCook, Bobby Ellis, Headley Bennett, and Vin Gordon, while Ossie Hibbert, Soljie, and Bunny Tom-Tom were the engineers in charge. Tapper Zukie recently voiced these riddims at Black Bird Studio and engaged ‘Fatta’ Marshall as mixing engineer.

Nothing Wrong At All

Tapper Zukie gets things going with a do-over of one of his best tunes, the self-penned cultural piece Judge I Oh Lord over the Drum Song riddim (dubbed from vinyl). A truly big tune with female backing vocals from Heaven’s Angels. Next comes a huge new tune, Israel, underpinned by a wicked riddim with an awesome deep bass sound, a nice trombone, and appealing organ parts. Rasta People, done in combination with Prince Allah, who wrote this song together with Gary Russell, is another winner. What a great way to start an album, but it doesn’t stop here! The moving title track X Is Wrong, with Tapper Zukie more or less declaiming his lyrics, turns out to be an outstanding tune. Eyes Of An Eagle, Gi Wi Back and Me & God & Dem are solid conscious efforts, all three worth hearing. A reworking of Dave Brubeck Quartet’s Take Five, also re-interpreted by Val Bennett and called The Russians Are Coming, underpins the excellent Youth And Youth. Also, the remaining six tracks maintain the high standard with How Fi Live Long, Fools And Their Money, and Jah Love being the most entertaining tunes. There’s certainly nothing wrong at all with this X Is Wrong set!

Listen To The Full Album

Conclusion An overall pleasant album from Tapper Zukie that deserves to be heard by any vintage fan.