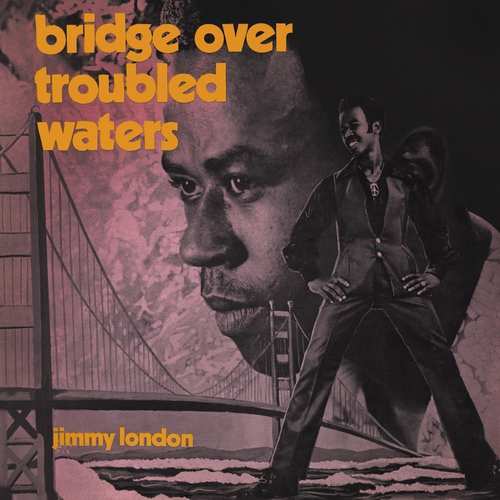 Compliments to the independent Cherry Red Records label for their longstanding and ongoing commitment to the release of some fine vintage from the reggae vaults. Their latest release focuses on the much-overlooked crooner and Jamaican native Jimmy London (aka Trevor Shaw). London’s popular but rare Bridge Over Troubled Waters album release from 1972 is re-issued here and is ably augmented with 4 bonus tracks.

However, this double-cd, which is comprised of a whopping 47 tracks in total, also features numerous gems, as showcased in the UK over the 1971-73 period via Trojan’s Randy’s subsidiary label. Hence, the release – with almost 20 tracks that are new to cd format – is comprised of some classic inputs from luminaries like the aforementioned London and his Impact All Stars, Alton Ellis, Max Romeo, Denis Alcapone, Lloyd Parks, the Heptones, the Ethiopians and Errol Dunkley.

The 14 London tracks on the first CD are a must for the romantics, where his sensuously sweet delivery is driven by some rollicking rhythms via pacey percussion and beautifully embellished with some brilliant brass. These tracks also serve as a reminder as to why London was such a chart success in the 70s. This is readily apparent (from his recordings at Randy’s studio) of such hits as A Little Love and (Simon and Garfunkel’s) Bridge Over Troubled Waters tracks. It is also evident in other inputs that namecheck his Impact All Stars’ accomplices. These ‘All Stars’ also feature via some quality versions of Dennis Brown, Gregory Isaacs, Augustus Pablo, and Donovan Carless’ classics, whilst linking up with Tommy McCook for a solid and soulful rendition of Harvest In The East.

The (still active) London’s time with Rocking Horse is also acknowledged via the inclusion of 3 tracks therefrom, with Hard Time effectively ensuring that his repertoire can extend beyond themes of love and romance. The collection also features Gregory Isaacs’ Lonely Soldier, offering a foretaste of the seductive sound that would eventually materialise in a host of classics from this troubled troubadour. The ever-popular Augustus Pablo Java track also features and is inevitably one of the most inventive and invigorating of the complete set.

All in all, this is a welcome re-issue and a timely reminder of reggae’s roots. Many of these roots are celebrated in the informative 16-page booklet that accompanies the release that runs to well over 2 hours listening time (at a bargain basement price). Here’s hoping that the popular, varied and versatile Cherry Red label can continue in this vein far into the future.

Conclusion This double-cd is comprised of a whopping 47 tracks in total and features numerous gems.