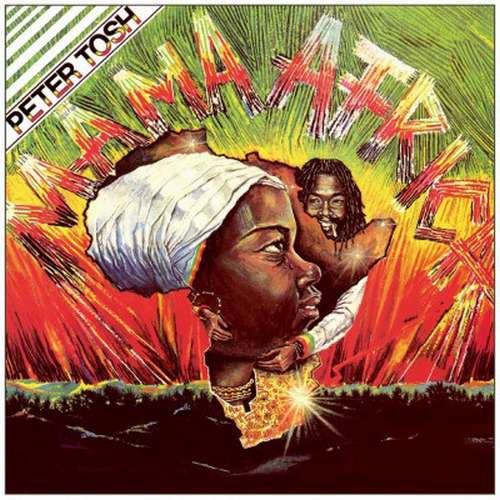 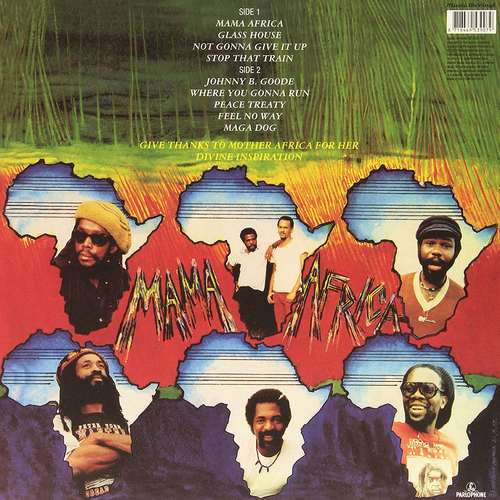 He was the most militant Wailer with outspoken, uncompromising opinions, stemming from his Rastafarian beliefs and nourished by his background of poverty, oppression, and struggle for life. At an early age, he learned to play several musical instruments. After moving to Trenchtown, he formed The Wailers with Bob Marley, Bunny Wailer, and Junior Braithwaite. After a rocky start, The Wailers became one of Jamaica’s most popular groups. In 1974 the group fell apart and Tosh embarked on an impressive solo career. The body of his work was characterized by rebellious songs, revolutionary spirit, black awareness, and extolling the use of cannabis. One of his most cited statements is “I don’t want no peace, I want equal rights and justice“. On September 11, 1987, gangsters raided Tosh’s home, brutally shooting Tosh and two others and severely injuring several other people.

Mama Africa is his sixth studio album, released in 1983 and the last studio album that Tosh lived to see. The album is considered by connoisseurs as his most ‘accessible’ set and his only album to reach a place in the lower regions of the UK and US charts. This was partly due to the richly elaborated arrangements with a solid ‘rock’ feel so that the non-reggae audience could also identify with the music. In the camp of the reggae purists, the reaction to the album was not entirely favorable at that time.

Music On Vinyl, the Dutch vinyl-only reissue label, has released a limited edition of 1500 individually numbered copies on transparent green coloured vinyl. Their steadily growing catalog of reissues includes a number of reggae gems such as Ken Boothe’s album Freedom Street, Lee Perry and The Upsetters album Eastwood Rides Again, Toots & Maytals with Funky Kingston, The Heptones 1976 set Night Food and the Duke Reid compilation set Here Comes The Duke. Recent sets include To Be A Lover by George Faith.

One of the most notable songs from the album is Tosh’s adaptation of Chuck Berry’s Johnny B. Goode. Besides his biggest hit, the duet with Mick Jagger Don’t Look Back from 1979, it is one of his most famous crossover songs. Lyrically he moves the song to Jamaica and injects the song with a soaring rock guitar. The opening of the album is an impressive ode to the motherland of Africa: “They took me away from you Mama, Long before I was born, They took me away from you Mama, Long before I came on in.” The concoction of reggae and African music styles will work on you for about eight minutes, while the infectious groove forces you to move!
Inevitably, of course, are the covers of songs he recorded with his former buddies from The Wailers. The ‘dis’ song Maga Dog is tastefully served here in a new, adapted arrangement. The classic Stop That Train has always been a crowd favorite. Peace Treaty is “graced” with gunshots and cynical lyrics such as “All who signed that peace treaty, Now rest in peace in the cemetery.” With the catchy song Not Gonna Give Up he tries to encourage the inhabitants of Africa. Feel No Way is a beautiful rub-a-dub alike tune, without an overly richly orchestrated backing.