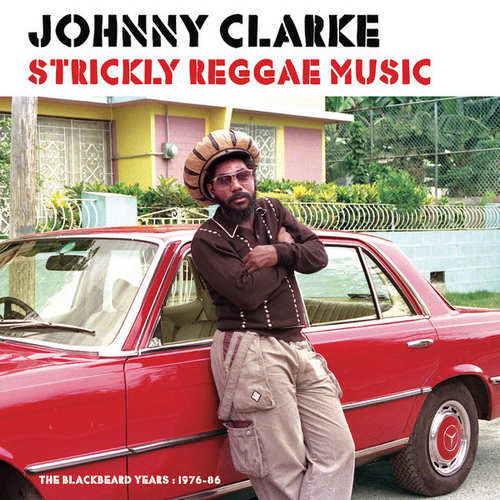 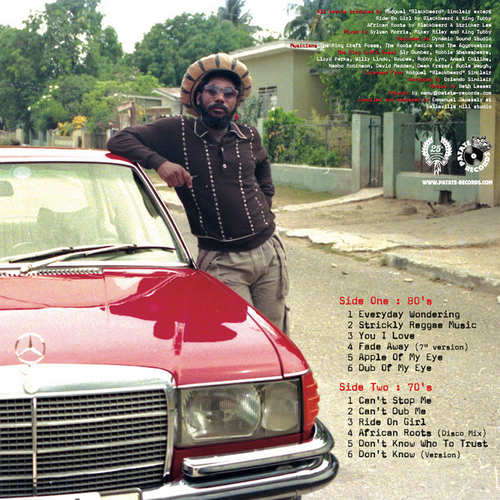 Johnny Clarke was born in January 1955 and grew up in Whitfield Town, a Kingston ghetto area located not too far from Waltham Park Avenue, Greenwich Town, and Maxfield Avenue. Early 1973, he recorded a number of songs for Rupie Edwards like Don’t Go, Julie, and Everyday You Wondering. After that, he moved to producer Bunny ‘Striker’ Lee from Greenwich Town who, being in the business since the early ’60s, already proved himself to be very successful. And Johnny Clarke just perfectly fitted in the producer’s method of working. Because he spent so much time hanging around the studios, he became known as the ‘studio idler’, a nickname given to him by Bunny Lee.

Being around at the studios made Johnny Clarke capable of fitting his lyrics onto the new versions of classic riddim tracks that Bunny Lee was building with his session band The Aggrovators. Johnny Clarke was offered the opportunity to voice an Earl Zero track entitled None Shall Escape The Judgement at King Tubby’s and the song became one of his biggest hits, being popularized by Tubby’s who made the tune an instant soundsystem favourite by running them onto dubplate (acetate or lacquer disc) and selling them to sound systems like the London based Lloyd Coxsone.

In the second half of the ’70s, reggae singer Johnny Clarke was one of the most popular singers in the Jamaican dancehalls. Together with Dennis Brown and Gregory Isaacs, he ruled the Jamaican music scene. Despite huge successes in his motherland Jamaica, Johnny Clarke never gained the international recognition that both Dennis Brown and Gregory Isaacs managed to get, most likely because Bunny Lee encouraged him to cover classic Jamaican tunes by artists such as John Holt and Bob Marley. Nevertheless, Johnny Clarke can be considered as the founder of the modern dancehall style of singing, influencing singers such as Linval Thompson, Barrington Levy, Sugar Minott, and Frankie Paul.

Strickly Reggae Music is a great selection of tunes (most of them only available on 45s) Johnny Clarke recorded for Blackbeard in the second half of the ’70s (B-Side) and the first half of the ’80s (A-Side). Featured here are original compositions, do-overs of his own songs, a cover version of Junior Byles’ classic Fade Away, and some rare dub versions done by King Tubby. Compared with the B-side, the A-side has a different sound as the tracks were recorded during the early days of rub-a-dub or dancehall and Blackbeard, along with his Ring Craft Posse led by Sly & Robbie, were some of the first to use digital instruments (electronic drums, synthesizers…).

Things get started with a solid ’80s version of the Rupie Edwards produced Everyday You Wondering, which was released in 1974 on the flip side of the single Julie. The title track Strickly Reggae Music is a great offering for the patrons in the dance halls. Tracks like the lover’s pieces You I Love and Apple Of My Eye – across a relick of the Paragons’ Danger In Your Eyes riddim – show that this singer is also capable of delivering a worthwhile song that deals with romance. And then there’s Johnny Clarke’s respectful and well-done interpretation of Junior Byles’ scorcher Fade Away. The B-side takes the listener back to the golden sounds of the ’70s, with first the superb Can’t Stop Me and its gorgeous dub version. Released in 1977, Ride On Girl is Johnny Clarke’s vocal to Tappa Zukie’s She Want A Phensic. Although it’s often credited to Bunny Lee, this tune was produced by Blackbeard and co-produced by King Tubby. Next comes the outstanding African Roots (co-produced by Bunny Lee), which deals with a favourite subject of Rastafarian influenced singers. The album comes to an end with the beautiful Don’t Know Who To Trust, a truly outstanding piece.

Conclusion Excellent classic stuff! Not to be missed!