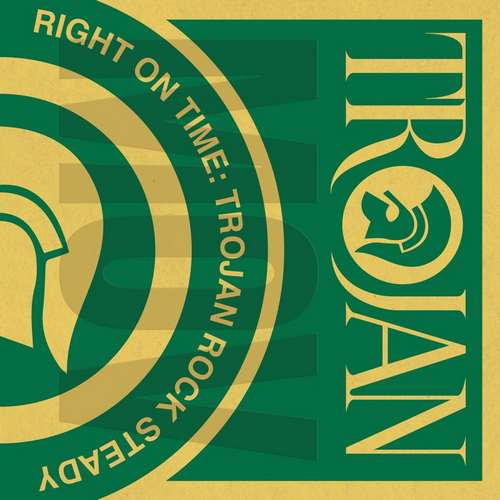 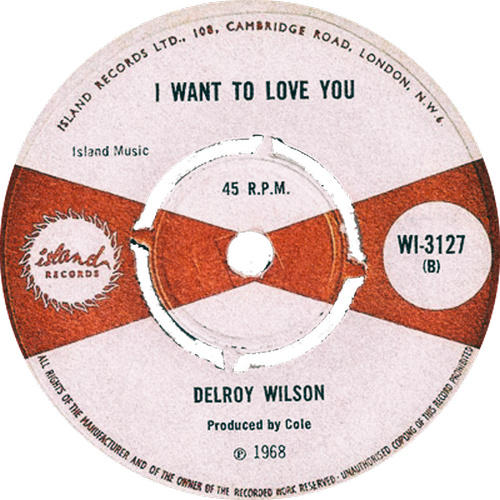 It is well known that Trojan Records boasts a wealth of music recorded in Jamaica. Founded in the UK in 1968 by Lee Gopthal, the label flooded the UK and Europe with releases from various Jamaican producers. With productions by Bunny ‘Striker’ Lee, Duke Reid, Clancy Eccles, Harry J, Sonia Pottinger, Joe Gibbs and Lee Perry, the label was the trendsetter when it came to music from Jamaica. It is therefore not surprising that Trojan was instrumental in introducing reggae to a worldwide audience. Trojan went bankrupt in 1975, and when record collector and accountant Colin Newman took over in 1985, he focused on re-releasing the back catalog. One of their most notable and successful re-release series was The Trojan Box series. Universal Music Group currently owns the company.

Music On Vinyl, the respected Dutch vinyl-only reissue label, has been releasing classic Trojan sets for years, with the original covers, in a limited edition on colored vinyl. Real collector’s items! In Music On Vinyl’s Trojan compilation series they recently unleashed the double lps Tougher Than Tough – Trojan Rude Boy Sounds (review here), and Right On Time – Trojan Rock Steady. The sets are beautifully styled packaged in a retro designed gatefold double LP, with clarifying liner notes from Laurence Cane-Honeysett, who was also responsible for compiling the sets.

Th set shines its light on the years 1996-1968 when rock steady ruled the island. After the summer of 1996 the energetic, uptempo ska music changed to the slower beat of rock steady. The phrase “If you’re ready, come do rocksteady” became the slogan of the years 1966-68. Young singers, blessed with golden voices and inspired by American soul groups like The Impressions, The Drifters, The Platters and the Moonglows and sophisticated crooners like Sam Cooke, Otis Redding, and Solomon Burke – sung their tunes like angels straight from heaven.

They were backed the likes of Tommy McCook and his Supersonics, Lyn Taitt & The Jets and Bobby Aitken & The Carib Beats. Although no one could compete with Duke Reid’s Treasure Isle productions, other producers also embraced the compelling rock steady beat, resulting in countless beautiful, but little-known songs. We are pleased that the creator of the set has taken the trouble to delve deep into Trojan’s archives. With that he has not made the obvious mistake of choosing songs that can already be found on various compilation albums.

The unsurpassed king of rock steady, producer Duke Reid delivers three songs. The illustrious duo Alton Ellis and Phyllis Dillon cover The Heptones’ Studio One hit, Why Did You Leave Me (To Cry). For some unknown reason, this gem remained hidden in the archives for a long time, it was only released in the 1990s. Justin Hinds, along with The Dominoes, were active for Duke Reid practically throughout the whole 1960s. Their lesser known song You Fight Too Much combines a catchy melody with social commentary. Closing the set is the refined instrumental version, played by Tommy McCook & The Supersonics, of The Shadow of Your Smile, the theme from 1965 movie The Sandpiper. The Melodians were one of the most successful groups of the time, scoring hits for various producers, including Duke Reid and Leslie Kong. Their song Sweet Rose, however, was self-produced but was not a hit due to poor distribution, among other things.

Producer Leslie Kong was a prolific producer during the 1960s. He also released some strong rock steady songs, including The Maytals with Reborn in which Toots expresses his intentions to improve his life after serving his jail sentence for possession of marijuana. The singer Austin Faithful remains a mystery, but he scored a big hit with Miss Anti-Social for Kong. Roland Alphonso was already a seasoned musician when he recorded the creamy Dreamland for Kong. Miss Sonia Pottinger was also a leading producer at the time with her Gay Feet, Tip Top, and High Note labels. The relatively unknown, but talented, keyboard player Leslie Butler shows his talents on Revival, a song in which the slow rock steady beat gives way to a more uptempo beat. Very obscure is the song One Scotch, One Bourbon, One Beer by Alfred Brown, produced by the unknown Melmoth Brown in 1968. His interpretation of the rhythm and blues classic by Amos Milburn is certainly worth mentioning.

Affairs of the heart

Thematically, the rock steady beat was especially suitable for affairs of the heart. There are plenty of good examples here. Over Again is a simple, but a heartfelt song by the duo Gladstone Anderson and Stranger Cole. Girl You’re Cold by Glenmore Brown and Hopeton Lewis is in the same vein, as is the moving Girl You Ruff from The Overtakers. Also convincing, and sung with passion is Give Me That Love by the unknown Nehemiah Reid.

In closing we want to bring three more songs to the fore. The opening song is the magisterial My Guiding Star by Joe White. Recorded in Studio One, but the producer credits go to Charles Ross. Coxsone Dodd would later use the riddim for a version of Freddie McGregor. Delroy Wilson, who died way too early, knows how to hit the right chord with I Want To Love You, beautiful song! The only Bunny Lee produced piece here is Take Five by Val Bennett & The Carib Beats. Their supreme take on Dave Brubeck’s jazz standard is also known as The Russians Are Coming.