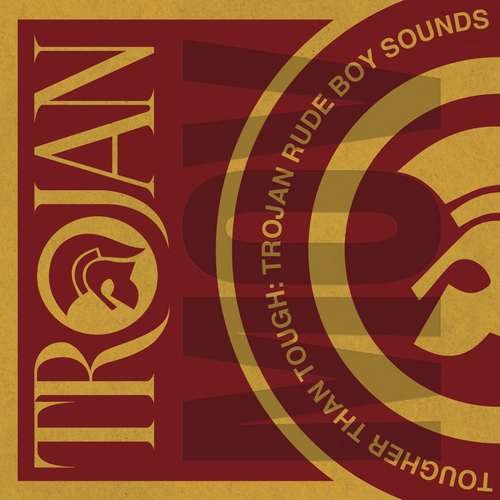 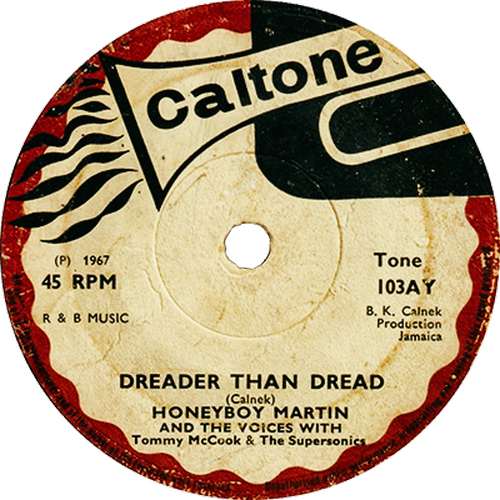 It is a well-known fact that Trojan Records boasts a wealth of music recorded in Jamaica. Founded in the UK in 1968 by Lee Gopthal, the label flooded the UK and Europe with releases from various Jamaican producers. With productions by Bunny ‘Striker’ Lee, Duke Reid, Clancy Eccles, Harry J, Sonia Pottinger, Joe Gibbs, and Lee Perry, the label became the trendsetter for music made in Jamaica. It is therefore not surprising that Trojan was instrumental in introducing reggae to a worldwide audience. Trojan went bankrupt in 1975, and when record collector and accountant Colin Newman took over in 1985, he focused on re-releasing the back catalog. One of their most notable and successful re-release series was The Trojan Box series. Universal Music Group currently owns the company.

Music On Vinyl, the respected Dutch vinyl-only reissue label, has been releasing classic Trojan sets for years, with the original covers, in a limited edition on colored vinyl. Real collector’s items! Their most recent feat, Tougher Than Tough – Trojan Rude Boy Sounds, is an exclusive release from Music On Vinyl’s Trojan compilation series. This collection includes many rare and sought-after singles, now offered on Discogs at ridiculous prices. A beautifully designed gatefold double LP, with clarifying liner notes by Laurence Cane-Honeysett, who was also responsible for compiling the set.

As the title implies, the theme of this set is the ‘rude boy’ culture that manifested itself in Jamaica in the 1960s. Unemployment, dire poverty, a failing political system, and the migration from the countryside to Kingston, caused many angry and disappointed youths to end up in criminal circles, often influenced by the then-popular cowboy and gangster movies. Just like the youths, many musicians came from a similar background, allowing them to empathize with the feelings of the ‘rude boys’.

The 24 songs, covering two LPs, convey the atmosphere and nature of the ‘rude boy’ culture well. Since most of the songs were released in 1966/67, it is logical that the relaxed rocksteady beat is the backdrop for most songs, except for the rousing song from The Heptones, Gunmen Coming To Town, complete with the intro ‘borrowed’ from the famous William Tell Overture. Rocksteady specialist, Alton Ellis, also intensifies the tempo with Don’t Trouble People and The Preacher.

The number of ‘court’ songs is striking, a trend started by Prince Buster with the beautiful song Judge Dread, in which several rude boys in the courtroom are subjected to the whims of Judge Dread. In this collection the two Lee Perry songs, Set Them Free and Don’t Blame The Children, are fine examples of ‘court’ songs in which understanding for the rude boys is asked, taking into account their circumstances. Living legend Derrick Morgan also contributes some court songs: Judge Dread In Court, Court Dismiss, and the famous Tougher Than Tough (Rudie In Court). Derrick is rumored to have written this song after threats from one of Kingston’s gang leaders. With Dreader Than Dread, the unknown Honeyboy Martin gives us an insight into the emotional life of the rude boy. We Are Still Rude by Dandy & The Superboys was the less successful follow-up to the very popular Rudy, A Message To You.

One of the most touching pleas for an end to the violence was the song Stop The Violence, poignantly sung by The Valentinos, an alias of the well-known Silvertones. The occasional duo Glenn and Lloyd deliver two songs that also called for a calm, restoration of normal daily life and an end to the increasingly brutal violence in the streets: Rudies Give Up and No More Trouble. Lloyd Robinson later became immortal with the hit song Cuss Cuss, and Glen Brown became a well-respected producer.

The Pioneers, the group that would play a major role in the music scene in Jamaica in the coming years, celebrate the rude boys and their pranks in their song Rudies Are The Greatest. Simple, but catchy, is the song Copasetic by The Rulers, a production of the well-known rocksteady producer J.J. Johnson. The song Rude Boy Confession is by Romeo, the singer who would later have a more than long-lasting successful career as Max Romeo.