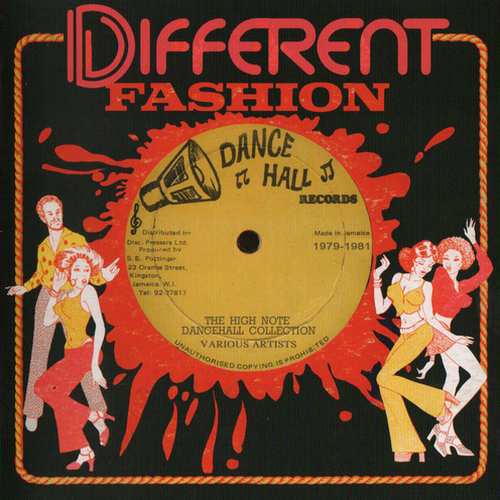 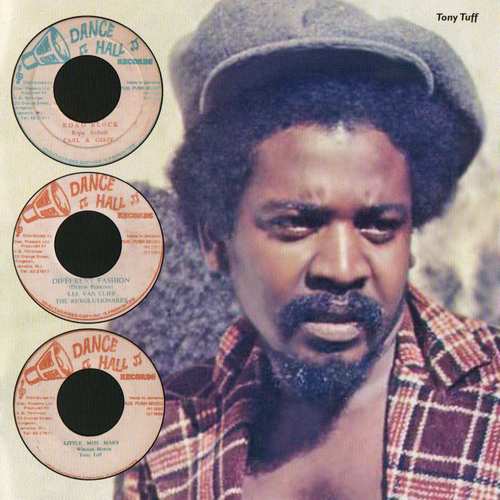 Although Sonia Eloise Pottinger (born Sonia Eloise Durrant) produced artists from the mid-1960s until the mid-1980s, she’s probably best remembered for producing sweet-sounding Rocksteady and early Reggae hits with various artists. These included The Ethiopians (The Whip), Delano Stewart (That’s Life), The Melodians (Swing And Dine), Ken Boothe, Alton Ellis, Toots & the Maytals, the Hippy Boys, Patsy Todd, Judy Mowatt, and Brent Dowe, whose singles were released on her Gay Feet, Tip Top, Rainbow, and High Note labels. In the second half of the ’70s and early ’80s, she further enhanced her considerable reputation with superior recordings from an array of artists that ranged from Justin Hinds & the Dominoes, Bob Andy, Jackie Edwards, Marcia Griffiths, Earth & Stone, Sonya Spence, Culture, Beres Hammond, and Jah Thomas to name a few.

Different Fashion: The High Note Dancehall Collection gathers a whopping 33 tracks – of which 11 weren’t released before – that were recorded roughly between 1979 and 1981. At that time, the music in Jamaica changed direction because early dancehall suited the mood and taste of the public better, which was reflected by the popularity of young up-and-coming deejays like Ranking Joe, Errol Scorcher, Jah Thomas, and Lee Van Cleef. As a result deejay records outnumbered new singles by singers and this collection more or less reflects that as the two discs are dominated by tunes from deejays. And, of course, Mrs Pottinger possessed an even greater stack of Rocksteady riddims when she acquired the famed Treasure Isle Records catalogue after the passing of her good friend Duke Reid in 1975. It enabled her to recycle many classic riddims, overdubbing them with extra instrumentation by Sly Dunbar, Ansel Collins, and other members of The Revolutionaries and bring them to a new audience. It was with relicked versions of Pressure And Slide (Jah Thomas’ Come Nurse) and Real Rock (Errol Scorcher’s Roach In A De Corner) that Mrs Pottinger entered the dancehall arena.

This collection not only bears all the hallmarks of an expert compilation, it also provides a collectors’ aid as it is simply the best sampler of Sonia Pottinger produced early dancehall tracks one can imagine. The compilation blends deejay pieces, vocal cuts, and instrumentals and – in the 12″ discomixes – even dub works. Undoubtedly, of great interest for avid reggae collectors is the inclusion of previously unreleased tracks like Errol Scorcher’s Rucumbine Girl, Jah Thomas’ Road Code and A Little Bit Of Love, and discomixes such as Sonya Spence’s Talk Love, Marcia Griffiths’ Don’t Ever Leave, and Delroy Wilson’s Let’s Unite. By the start of the 1980s, the Roots Radics became the in-demand studio band and almost inevitable were also used by Mrs Pottinger. Here they can be heard on Tony Tuff’s Oppressor, The Enchanters’ Whole Lot Of Loving, and Marcia Griffith’s Don’t Ever Leave. Some of the riddims featured on this compilation are instantly recognisable (Baba Brooks’ Shank I Sheck, Alton Ellis’ Ooh Wee Baby and Breaking Up, Ken Parker’s True True True, The Sensations’ Baby Love, Culture’s Stop The Fussing And Fighting, The Techniques’ You I Love, The Heptones’ Love Me Girl, and the aforementioned Pressure And Slide and Real Rock). The rest is up to riddim spotters to find out what originals have been relicked.

Tony Tuff – Round The World

Conclusion Big thumbs up for this delightful compilation, which is very pleasant to listen to.