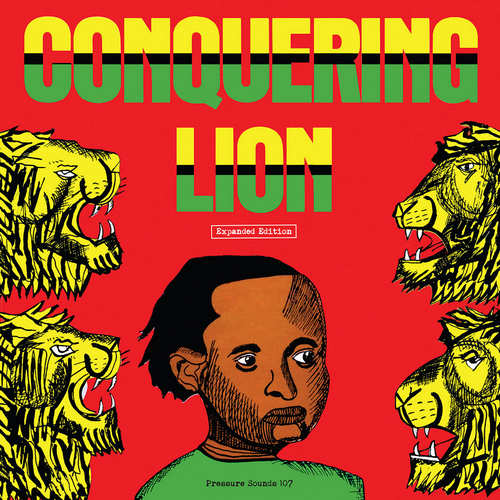 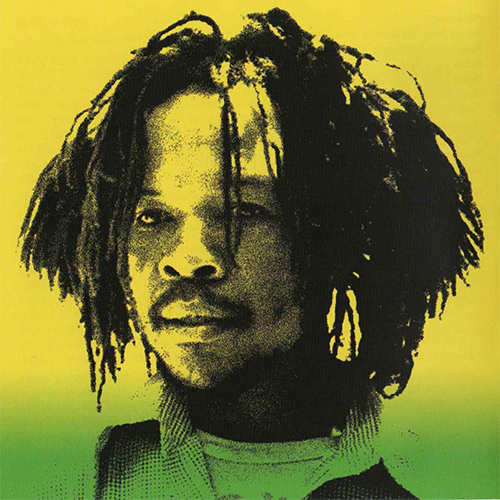 Pressure Sounds continues to reissue music recorded and produced by the late Vivian Jackson aka Yabby You aka Jesus Dread. After having released albums such as Deeper Roots (Dub Plates And Rarities 1976-1978), Deeper Roots Part 2, Beware Dub, Walls Of Jerusalem, Prophecies Of Dub, one of the best and longest-standing reissue labels around has now put out Conquering Lion (Expanded Edition) featuring the original Conquering Lion set with the addition of a selection of dub versions done by King Tubby and Lee ‘Scratch’ Perry (Rally Dub).

Yabby You recorded his first single, the superb Conquering Lion, together with The Ralph Brothers (Alric Forbes & Bobby Powell aka Bobby Melody) in 1972. Though only one hundred singles were pressed initially, this one and its follow-up, Love Thy Neighbours, generated enough money to set up his Prophets imprint on which he released the album Conquering Lion in 1975. In early 1976, the album appeared in the UK as a pre-release on Dennis Harris’ Lucky label. Entitled Ram-A-Dam, that issue had a different mix and track order compared to the Jamaican release, while half of the tracks were retitled. Anyway, Conquering Lion was regarded as being at the origin of the Roots style and immediately established Yabby You’s presence in Reggae music and marked the start of a series of remarkable and highly acclaimed roots classics, which made him one of the key figures in the history of Jamaican music. In the second half of the seventies, he acquired cult status outside Jamaica and his name became synonymous with Reggae music of a particularly deep, spiritual nature. And that’s what can be experienced when listening to this excellent collection of insightful heavy Roots Reggae songs.

Even though Yabby You’s debut album has been reissued before – in its original form or in adjusted form as was the case of Blood & Fire’s 1997 release Jesus Dread 1972-1977 – this release is more than welcome not least due to presenting it with the original track order and the inclusion of the dubs. In fact, the Conquering Lion album was largely a compilation of tunes previously only available on Jamaican 45s pressed in seriously limited quantities. The dub versions that are included here were featured on the B-sides and a few of them appeared on the 1976 released album King Tubby’s Prophesy Of Dub.

Older Reggae fans as well as those with a serious interest in Roots Reggae, the clearly dominant style between 1975 and 1980, will be very familiar with the music included on this release and most likely will have (most of) it in their collection. But, as stated herefore, it’s still a welcome release. The vocal part starts with Run Come Rally, which was recorded and mixed by ‘Scratch’ Perry at his Black Ark studio in 1974. Next comes 1975 released powerful single Jah Vengeance, for which the riddim was again laid at Black Ark. And then there’s Yabby You’s major breakthrough tune with its trademark refrain, Conquering Lion, which actually made Vivian Jackson get the name Yabby You. After this great opening part, the listener is treated to more killer roots music with in particular tracks such as Covetous Men, Carnal Mind, Jah Love, and Love Thy Neighbour being the ones that go on repeat.

The dub part starts with the Lee Perry mixed Rally Dub, which again shows the strength of this piece. From then on King Tubby is at the controls and so the dub heads are in for a real treat. Along come superb dub works like Tubby’s wild mix of Jah Vengeance, two great dubbed up versions of the Conquering Lion riddim (Conquering Dub & Big Youth Fights Against Capitalist) and the Jah Love riddim (Jah Love Dub & Warning Version – the dub of Alric Forbes’ Warn The Nation), the gorgeous Love Thy Neighbour Version, the matching Love Of Jah Version, and the lovely Work Without Pay Dub. The two bonus tracks are different dub versions of Conquering Lion (Hungering Dub) and Jah Vengeance (Version Dub).

Conclusion A faultless reissue from Pressure Sounds that once again underscores the important role Yabby You played in the history of Jamaica's popular music.