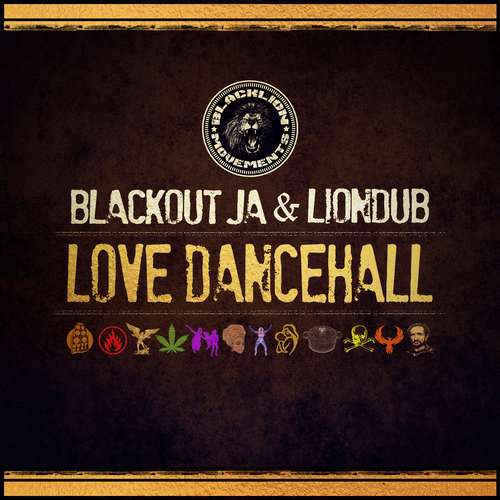 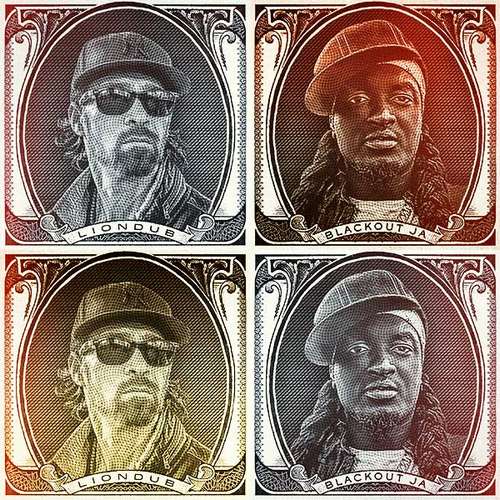 Lion Dub has teamed up with Blackout JA (as Blacklion Movements) and this collab resulted in the release of an energetic and uplifting dancehall album, an exhausting but fantastic journey into the world of dancehall 2021. The inspiration and atmosphere can be traced back to the dancehall/soundsystem scene of the 1980s and 1990s, a time that many still remember with nostalgia. Liondub, American DJ, producer, aka Erik Weiss has gone from strength to strength since he entered the business in the 1990s. He became heavily in demand at shows and festivals across the globe and is one of the trendsetters in the digital dancehall scene. Blackout JA from Portland, Jamaica, got involved in the soundsystem culture at an early age. He has worked with the greats of reggae/dancehall and is known for his conscious lyrics across hardcore dancehall beats.

The set bursts open with Blackout JA’s tune Dancehall Vybez and he makes it very, very clear, that we’re facing a serious case of overheated dancehall bashment! There is no escape from Blackout JA’s ‘take no prisoners’ approach. With his Buju Banton inspired vocal delivery, he puts a solid mark on the album. Then there are the several guest artists -from Bristol, London, New York, and Kingston- who diversify the album with their contributions. We are treated to a familiar array of well-known dancehall riddims with matching effects, shouts, and samples. One of our fav tracks is the title track. Expertly enhanced by the lovely vocals of Sophia May, a successful RnB singer based in London, who sings a snippet of Stevie Wonder’s Part-Time Lover as a contrast to the tough input of Navigator and Blackout JA. Haul & Pull Up!

All herbalists (and others!) will be happy with the justifiable throwback to the Gun In Baggy riddim that carries the song High Grade. It includes a custom snippet from Bob Marley’s Kaya, and with the combination of the underrated Jamaican Kandiman, Rumble, and Blackout JA it results in a flawless herbal anthem. The track Greatest Treasure was the first single taken from the album, featuring a guest performance of the UK deejay YT. Liondub reconstructs the Bobby Digital’s 1990s Soap aka Gun Talk Riddim. Contrary to the slackness craze of the 1990s, this song treats women with respect and positivity. Wrath Of The Supreme unites reggae veteran, Ranking Joe with reggae/dancehall/hiphop/dubstep artist Blakkamoore. With Liondub’s rendition of the Rocking Time riddim as the beat, the combination leaves nothing to be desired, as they perform like a roaring river. Booyaka! The 2017 murders involving the Russian nerve agent Novichock sparked the politically charged song Novichock, and includes a lead contribution from NYC based keyboardist Ricky T.

Suitable for instant rewind is the song Revolution. Across an updated version of the classic Tonight riddim it shows that veteran Daddy Freddy has lost none of its shine and that the song has crossover potential. It couldn’t get more positive and emphatic … check We Shall Rize Again fi sure! With the Father Jungle Rock riddim as the backdrop, this is one of the standouts on this album. Wine It Ova is an extraordinary updated version of arguably the greatest dancehall riddims of all time, Punnany. The input of veterans Echo Minott and Daddy Freddy guarantees dancehall authenticity. Hidden Truth, featuring the London-based dub poet Souls Liberation, closes the album with dignity. It’s a nyabinghi influenced mid-tempo tune, dominated by the sparse but compelling riddim.