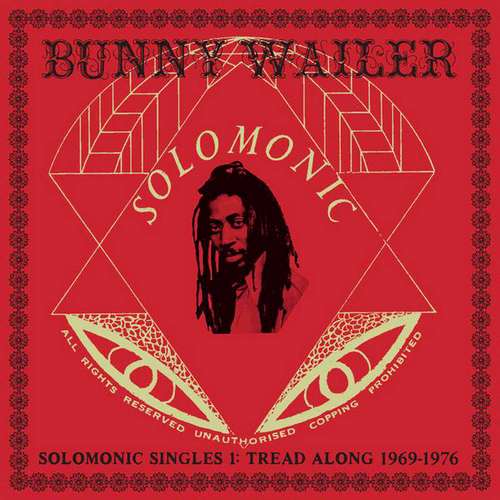 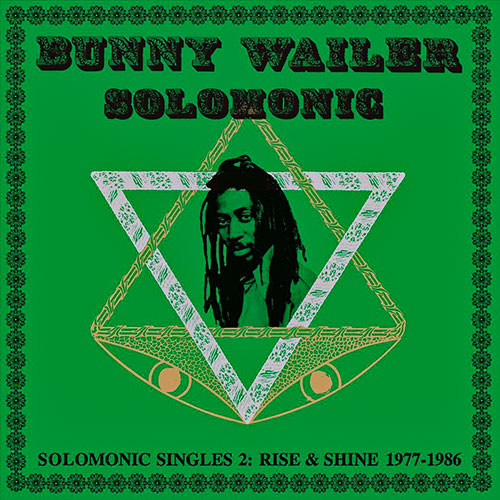 Bunny Wailer 1947-2021
Although these albums were released and reviewed in 2016, we think a renewed publication is appropriate to put Bunny’s music back in the spotlight and show our respect for this never-to-be-forgotten foundation artist.

Bunny Wailer is one of the founding members of the Wailers. Born Neville O’Riley Livingston on April 10, 1947, in Kingston, Jamaica, he spent his earliest years in the village of Nine Miles in St. Ann’s. It was there that he first met Bob Marley, and the two toddlers became fast friends. In 1952 their families relocated to Kingston. There they met up with another pair of equally keen youngsters, Peter Tosh and Junior Braithwaite. Initially, Marley intended on a solo career, but his hopes were dashed by a failed audition for producer Leslie Kong. The upshot was the four boys now joined forces, along with backing singers Cherry Green and Beverly Kelso, as the Teenagers. They were trained in voice control, harmonies, and stagecraft by Joe Higgs. The band’s name would change several times before they finally settled on the Wailers.

After their audition for Coxsone Dodd, their career took off immediately with their first single, the anti-violence anthem Simmer Down. Early on, all members contributed songs to the group, which enabled the Wailers to continue without Marley after he left Jamaica in 1966, to seek work for a time in the U.S. Over time, however, Bunny’s songwriting contributions to the group had lessened, although when he did turn his hand to composing, the results were never less than brilliant. On their own Wail N Soul M label, they released several excellent singles. Their collaboration with the brilliant producer Lee Perry resulted in further growth in popularity. By 1973, the Wailers were untouchable, the biggest reggae band in Jamaica, and on the verge of an international breakthrough. The first tour took them three months across the UK, followed by a jaunt to the U.S. Bunny barely made it through the UK tour and tensions were rising within the Wailers. He had enough, and upon the group’s return to Jamaica, Bunny announced that he would not accompany the band to the US.

He now began pursuing a solo career. He launched his own label, Solomonic, with his debut solo single Searching For Love in 1972. Further quality tunes followed, such as Arabs Oil Weapon and Pass It On. With the release of his stunning debut album Blackheart Man in 1976, he established himself as a force to be reckoned with. High-quality singles, mostly pressed in limited quantities, were released through the Solomonic imprint. Next year he came up with the Protest album that featured a compelling do-over of Johnny Too Bad from The Slickers. The follow-up to Protest was Struggle, a much overlooked set with the single Bright Soul. The anthemic song is one of Bunny’s finest outings: “Remember, Jah Jah children them no bow to the dragon, Them only bow to the conquering lion, Them Jah Jah children them a rock them an iron, Go away, fallen angel”. The album In I Father’s House came next. It features the (album) version of Love Fire. The tune was a reworking of the Wail N Soul M single Fire Fire and resurfaced later on the 1983 album Roots Radics Rockers Reggae. Some excellent singles were issued, including Riding and Free Jah Children.

In 1980 he surprised the reggae community with Bunny Wailer Sings the Wailers, a tribute to his former group, lovingly revisiting his own favorites, accompanied by fine musicians like Sly & Robbie, Earl ‘Chinna’ Smith, Keith Sterling, Winston Wright, Dean Fraser, Nambo Robinson, Headly Bennett, and Sticky. By the time the album was released later in 1980, Marley’s cancer had been diagnosed, the following spring he was gone. The album Tribute was drawn from the Sings The Wailers sessions and helped to keep the Wailers’ legacy alive. His 1981 showcase album Rock ‘N’ Groove, turned to the dancehalls for inspiration, was largely ignored by the critics but proved to be a success in Europe and the U.S. In that period he issued a bunch of strong tunes that consolidated his reputation, such as Galong So, celebrating the joy of dancing to the music, the militant song Rise & Shine and the anti-violence song Cease Fire. In the mid 1980s the new dancehall style with its digital riddims took Jamaica and the dancehall by storm. Although he has always given a sympathetic ear to the latest innovations in production and riddims, he wasn’t anymore at the forefront of reggae music. He released several albums, new stuff as well as retrospective sets, and relies mainly on the loyalty of his fans worldwide. He has won the Grammy Award for Best Reggae Album in 1991, 1995, and 1997. The world was horrified to hear about the passing of Bunny Wailer on Tuesday, March 2nd, 2021.

The Japanese Dub Store Records aims at accurately covering the 50-plus years of Jamaican music. In 2010 they got to work with Bunny on re-releasing a selection of his earliest recordings for the Solomonic label. Most of his Solomonic output was released in Jamaica and the U.K. in strictly limited quantities. Original copies have subsequently become highly prized, and highly priced, collector’s items. They are lovingly restored and presented in reproduction sleeves and labels, on limited edition seven and twelve inch singles. Their next step was the release of Bunny’s timeless music on two beautifully packaged CDs and double LPs. First came Solomonic Singles 1 : Tread Along 1969-1976 set, followed by Solomonic Singles 2: Rise & Shine 1977-1986.

The first set shines on his outings from 1969 to 1976, some credited to The Wailers. From 1969 comes Tread Along (credited to Bunny Wailer & The Wailing Wailers), one of the last singles for the Wail N Soul M label. The version of Bide Up is the beautiful original 7″ version, different from the later Blackheart Man cut. A deep roots tune with Biblical references: “So, bide up with reasoning, Humble thyself and I’ll be near thee… Frustrated children, humiliation was not in vain, Through effort, time and history have now found eternal gain”. The aforementioned Searching For Love is followed by its bass driven instrumental cut. Next comes Life Line, a compelling song, also credited to the Wailers and released in 1973. Bunny’s cut of Pass It On (also credited to The Wailers) from 1972 and its awesome accompanying instrumental/dub take Trod On shine from start to finish. Later the tune appeared on The Wailers 1973 album Burnin’ inna different version.

The 1973 oil crisis began in October 1973 and caused many short- and long-term effects on global politics and the global economy. Bunny’s 1974 tune Arabs Oil Weapon was his biting musical reaction. Seems nothing has changed… Reggae music can’t get any better – musically and lyrically – than Amagideon. A majestic outtake, the 12″ version is presented here with its chilling dub lick! Play the dub LOUD! One of the most poignant songs of Rastafarian repatriation to Africa, Dream Land, was first recorded in 1966 by Coxsone Dodd, and later in 1971 for Lee “Scratch” Perry. This is the 1976 7″ single. Battering Down Sentence with its spiritual and cultural classic lyrics was written after he was arrested and jailed for possessing marijuana. The 1974 single and its dub still sound as fresh as when they were recorded way back! On the Blackheart Man album you’ll find another version called Fighting Against Conviction. The highly spiritual and classic Rasta song Rasta Man closes this ‘only killers’ album.

The second set opens with an instrumental tune, the B-side of Peter Tosh’s cut of Anti-Apartheid. The riddim used here comes from Bunny’s immortal Amegideon. It’s credited to Solomonic Reggae Star and features Peter on melodica. The haunting dub version comes next and incorporates vocal snippets of the original tune. The 12″ mix of Arab Oil Weapon is a reworking of the biting 1974 tune. The aforementioned Love Fire sees Bunny in triumphant shape praising Jah’s eternal love: “Jah love, it is like a burning fire, It keeps on burning, burning, burning In my soul, Jah love, it is my one, my one desire, It is gonna set my soul on fire, It’ll never grow cold”. The 12″ mix comes complete with the dub version. Bright Soul (12″ mix) is one of his most solid slices of work, featuring an subtle but effective horns arrangement. From 1981 comes the dubbed up 12″ version of Rise & Shine. This militant bass powered anthem still stands strong after all these years. Bunny returned to the song on his album Liberation. Riding and Galang So are amongst the Reggae Vibes Crew’s absolute Bunny Wailer favourites. Voiced in response to the increasing violence Cease Fire, with its assured production and timeless message, stays one of his most enduring tunes. The album rounds off with Rule Dancehall, Bunny’s bubbling answer to the dancehall explosion in the 1980s: “Come mek weh show you how fe ram dancehall, come mek we show you how we fe rule them all… East, west north and south, it is I who rule the land. I play original style while others play version”. He and The Roots Radics are in fantastic shape, answering and opposing the digital trend of that time.