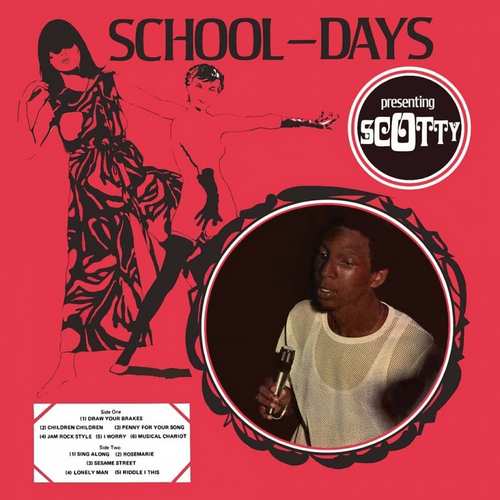 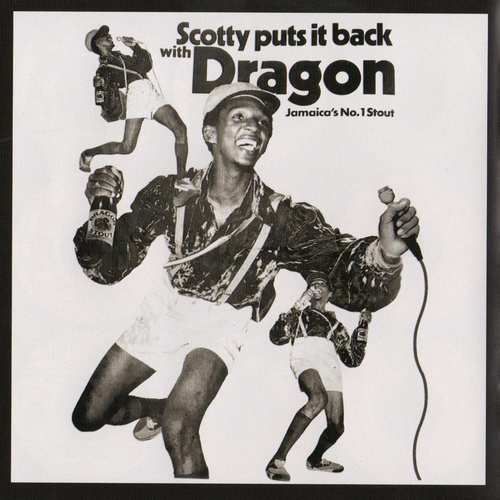 David Scott aka Scotty (born Derrick Scott) was one of Jamaica’s most expressive and soulful singers, he also was one of the greatest and biggest-selling early deejays. As a deejay, he utilized a style that came close to his fellow deejay Dennis Alcapone. And although U Roy has been widely credited as the deejay originator (basically true), Scotty was one of the first deejays who became extremely popular on the island when he broke big in 1970 with singles like Sesame Street (Jamaican chart #3) and Riddle I This (Jamaican chart #1), both produced by Derrick Harriott.

Before his breakthrough as a deejay, he took his first steps in the music business when still at high school in the 1960s, founding a vocal group called The Federals together with classmates Valman Smykle and Franklyn Spence aka AJ Franklin. Assisted by Lloyd ‘Charmers’ Tyrell and Bunny ‘Striker’ Lee, the inexperienced trio recorded their debut single Penny For Your Song which became a massive local hit. They followed up their successful first single with another classic rocksteady tune Shocking Love aka You Better Call Me backed with By The River. Although their 1969 festival song Wailing Festival made the final eight, the group broke up later that year.

Scotty then began singing with Noel ‘Bunny’ Brown for the Vikings band. While performing at the Sombrero Club, the two singers came to the attention of singer/producer Derrick Harriott who suggested them to team up with former Federals vocalist Franklyn Spence to form a new group called the Chosen Few. The trio became a quartet when they were joined by Richard ‘Richie’ McDonald. The group, which became renown for their dazzling stage shows, provided harmonies for Hopeton Lewis’ Boom Shacka Lacka and scored a Jamaican #1 hit alongside Derrick Harriott with Psychedelic Train.

In July 1970, Scotty was discovered once more by Derrick Harriott, now as a solo act after clowning around and imitating different people in the show business at Harriott’s One Stop Record Shop. He took Scotty to the studio where recorded his first deejay cut, Musical Chariot, which wasn’t commercially released instantly but played extensively and exclusively on acetate on Derrick Harriott’s Musical Chariot discotheque. In September, Scotty recorded Sesame Street, his first hit as a deejay, which followed the trend of combining witty lyrics with rocksteady riddims as Sesame Street came across the riddim of Derrick Harriott’s The Loser. Hit after hit followed as Scotty continued to give a new lease of life to Derrick Harriott’s rocksteady recordings. 1971 saw the release of one of the first-ever deejay albums, although it did feature Scotty singing on three tracks – Rosemarie, Lonely Man, and the updated version of The Federals’ Penny For Your Song. In the 1990s, Scotty’s enjoyed a revival as he appeared on popular ‘oldies’ shows including Heineken Startime. After complaining of ill health in November 2002, Scotty was admitted to the Lord’s Place Nursing Home where he died of prostate cancer on 27th February 2003. Fifty years after the release of School-Days, his debut album once again gets an extended re-release on CD, following Trojan Records’ 1998 reissue of the album in its entirety with several extra tracks on the Unbelievable Sounds CD.

Many of the songs performed by Scotty prefigure the singjay style of a decade later. Things get started by Draw Your Brakes across Keith & Tex’s big rocksteady hit single from ’67 Stop That Train, by far the Scotty’s most famous single which had major chart success in Jamaica and appeared on the soundtrack of The Harder They Come film. Draw Your Brakes is the first scorcher in this collection of the artist’s finest works, which is followed by quite a few other thrilling classics. These include tracks like Children Children over Tonight by Keith & Tex, his big 1971 hit Jam Rock Style on a relick of the riddim from The Gaylads’ Studio One classic Love Me With All Your Heart, I Worry over Derrick Harriott’s Do I Worry, Sing Along on which he rides Rudy Mills’ Long Story, Sesame Street, and Riddle I This across Derrick Harriott’s Solomon. A truly worthwhile addition are the two bonus tracks Monkey Drop and the awesome King Tubby mixed Clean Race over one of Derrick Harriott’s best riddims and the eight versions of which Draw Your Brakes Version and Children Children Version were only released in Jamaica. Do check the version of Clean Race called Version Train that rounds off this great, entertaining collection.