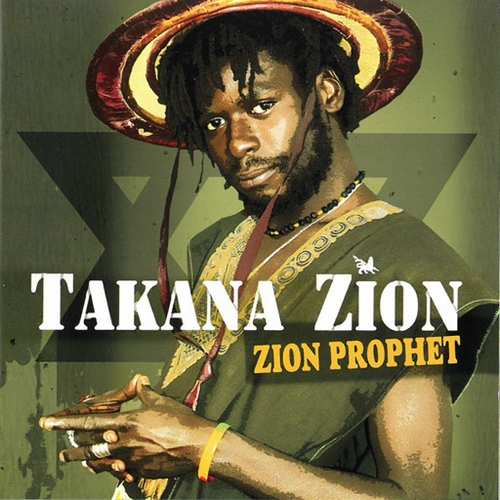 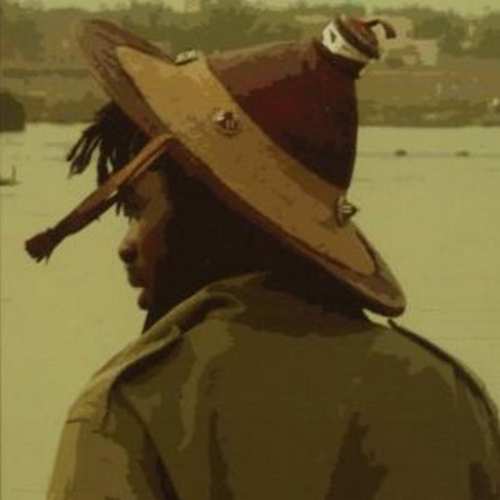 Takana Zion is a singjay sensation from Guinée (where he was born on June 30 in 1986) who presents his 2007 debut album Zion Prophet on all digital platforms for the first time. After first experimenting with Guinean rap and dancehall, he became more and more attracted to and involved in roots reggae, having listened in his youth especially to Peter Tosh and Culture’s Joseph Hill. After making some impression on managers and producers, he decided to travel to Mali, first to join Ghana’s rasta elder Brother Sam living there and after to concentrate – after meeting amongst others reggae singer Tiken Jah Fakoly – to join forces with Manjul, the Parisian rasta who in 2001 established his Humble Ark label and studio on Bamako in Mali, from where Manjul released his Dub To Mali albums and contributed to the successful releases by Amadou & Mariam. Together they recorded and produced this album between December 2006 and January 2007 with Manjul contributing his composition abilities as well as almost every instrument (including melodica) with the exception of the horns.

The album is opened with Oh Jah, the fiercely singjayed tune on which Takana Zion at times even has the diction of a dub poet over a fine Nyahbinghi riddim. The second tune, Depuis A Siingé over an upful one drop, shows in its intro that Takana Zion could be a sweet-voiced singer as well. After these first two tunes, there is no doubt where he got his nickname ‘African Sizzla’ from, especially not when using his falsetto voice as well in this tune. Delivering lyrics in four different languages on this album – Sousou (Susu), Malinké, French, and English – he switches once more to another language for Ematoba though incorporating snatches of English to make clear this funky song with its great horn riffs is about his Nazarene Vow, followed by the impressive chant La Voie De Mount Zion.

Incredible soulful singing in real old-school blues and soul tradition is shown in the stomping soul tune Sweet Words with deejayed/singjayed intermission, with the accent again on Takana Zion’s singing in his tribute to his place of birth, Conakry. The great female backing vocals on Jah Moves With Me accompany a song on which Takana Zion’s singing clearly shows he’s influenced by Joseph Hill while switching easily to singjaying very reminiscent of Turbulence, followed by the wonderfully singjayed and backed title track Zion Prophet that also benefits from great female backing vocals. I Tan Didi is a strong dancehall tune, with its sound being to my ears typical for French dancehall and Takana Zion is easily riding this non-roots riddim.

Singing both in his normal registers as well as using falsetto he then describes Des Millions De Morts over another fine roots riddim with plenty of horns, angelic female voices, and funky vibes, followed by the also sung Pas Soif De Gloire and the lover’s tune (sounding as the lovers tune a Jamaican Bobo chanter would deliver) Come In My Hands brings back the sweetness, before E Oulé Fu is the last and certainly not the least vocal tune on this album. Takana Zion certainly has a very impressive voice regarding his singing and singjaying range.

The strength of the compositions by Takana Zion & Manjul, of how they were then played, recorded, mixed, and produced is showcased to great effect in the seven dubs that are included, of which the dub mixing itself also deserves a special mentioning. This is an extremely satisfying and promising debut album, that will certainly make the first inroads for Takana Zion in the reggae scene and will also gain lots of credits for its producer Manjul as it doesn’t lack the African reggae vibe, but it’s dominated by a new and old school roots reggae vibe to produce a collection of tunes that deserves to be heard by all roots reggae fans.

Conclusion A collection of tunes that deserves to be heard by all roots reggae fans.