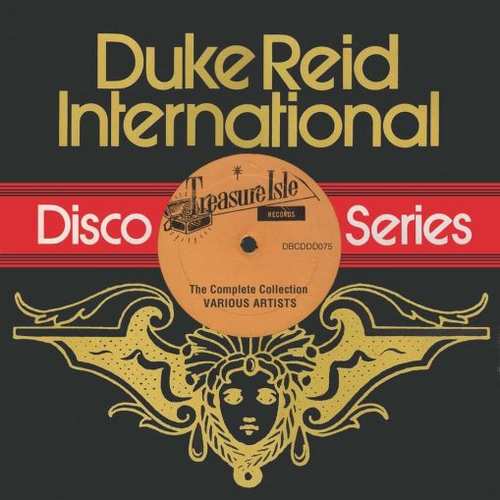 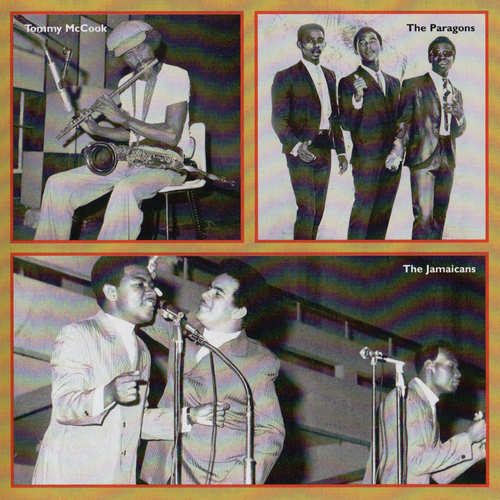 Arthur ‘Duke’ Reid is probably best known for producing music that ruled the charts and dance floors in Jamaica during the brief flowering of rocksteady – between the autumn of 1966 and the summer of 1968. However, he had already taken up record production in 1962 and enjoyed ska hits galore with Stranger Cole being his biggest hitmaker. Furthermore, he had also hits with Eric ‘Monty’ Morris, Justin hinds & The Dominoes Alton Ellis & The Flames. When ska evolved into the slower rocksteady style, Duke Reid’s production work at his Treasure Isle Studio epitomized the style’s absolute peak. An important part of Reid’s productions was the Latin-American tinged sound created by Tommy McCook & The Supersonics that best summed up rocksteady’s refined romantic appeal in its maturity. Duke Reid’s Treasure Isle stable consisted of then popular artists such as Alton Ellis, Phyllis Dillon, Dobby Dobson, Hopeton Lewis, and a roll call of outstanding vocal groups like for example The Paragons, The Techniques, The Jamaicans, The Silvertones, and The Melodians.

When the rocksteady era had come to an end, Duke Reid lost the dominant position he had gained in the past decade and struggled to come to terms with the early reggae style. However, in 1970 his resurgence came when he initiated the deejay craze. U Roy became extremely popular and enjoyed notable success when he started to record for Duke Reid, who simply dropped the deejay over his old rocksteady hits. His first recording, Wake The Town, reached the number 1 position in the Jamaican charts, and also the follow-up singles Rule The Nation and Wear You To The Ball became boom shot hits. By 1973, his influence had again begun to wane, perhaps because he didn’t want to record rasta lyrics in an era dominated by roots themes. He died from cancer on 26th September 1976, leaving his extensive back catalogue to his long-time friend Mrs. Sonia Pottinger of High Note Records when she took over the mortgage on the studio and purchased all the recording equipment. Errol Brown took control in the studio and Mrs. Pottinger began a comprehensive reissue programme of some of the greatest Treasure Isle music which besides albums also included a series of 12″ discomixes.

The 12″ single vinyl record came into popularity with the advent of disco music in the 1970s. The 12″ single trend spread to Jamaica and as 1976 drew to a close the Hoo Kim brothers at Channel One became the first Jamaican producers to venture into this new format with The Jays’ version of Marcia Griffiths’ Studio One classic Truly being the first 12″ single to be manufactured and released in Kingston. From then hundreds of reggae singles were pressed in this format and commercially issued as ‘discomixes’. Also Errol Brown and Mrs. Sonia Pottinger followed the trend and from 1977 onwards began to produce a series of 12″ records built on the solid foundation of riddim tracks of Tommy McCook & The Supersonics. The initial remixes were arranged by Ansel Collins who also provided keyboard overdubs with Sly Dunbar on drums and Robbie Shakespeare on bass. Occasionally at the time, top-ranking deejays were added to the contributions of the vocalists.

Over the years many Treasure Isle compilations have been released by companies like Heartbeat, Trojan Records, and Esoldun, but until now there’s never been a compilation CD of disco 45s out on the streets. This Doctor Bird triple CD package comprises virtually every Treasure Isle 12″ single ever released in Jamaica and the UK with all but a few of them included on CD for the first time. And there are even four previously unreleased sides taken straight from the Treasure Isle mastertapes featured here as well.

Cream Of The Crop

Without any doubt, the artists featured here are the cream of the crop from the Treasure Isle stable. Besides gifted solo singers like Alton Ellis, Phyllis Dillon, Ken Parker, Joya Landis, John Holt, this compilation also features a roll call of harmony groups from the top drawer who recorded for Duke Reid. Together they provided the highly accomplished producer with more hits than you can shake a stick at. From Alton Ellis’ wonderful version of Marvin Gaye & Tammi Terrell’s heartfelt song If This World Were Mine through cherished classics such as the soulful singer’s Breaking Up and Cry Tough, The Techniques’ You Don’t Care, Queen Majesty, and Travelling Man, The Paragons’ Riding High, The Melodians’ You Have Caught Me, The Sensations’ Those Guys, John Holt’s Ali Baba and Stealing on to The Jamaicans’ scorcher Baba Boom Boom, there’s not a weak song included here. As expected, Alton Ellis comes up with efforts that fully show that he’s rightfully called ‘Mr. Soul of Jamaica’. And also John Holt and the underrated Ken Parker vocally shine brightly. Vocal groups were very popular in the rocksteady era and the reason why is showcased by tracks from groups like The Sensations, The Techniques, and The Melodians. The addition of deejays to some of the tunes turns out to work very well in most cases, which, however, doesn’t include Jah Stone’s part in The Paragons’ Riding High. Far better examples are the tracks that feature Ranking Trevor and Jah Walton.

Conclusion This release is manna from heaven for lovers of Treasure Isle music and fans of disco 45s alike.