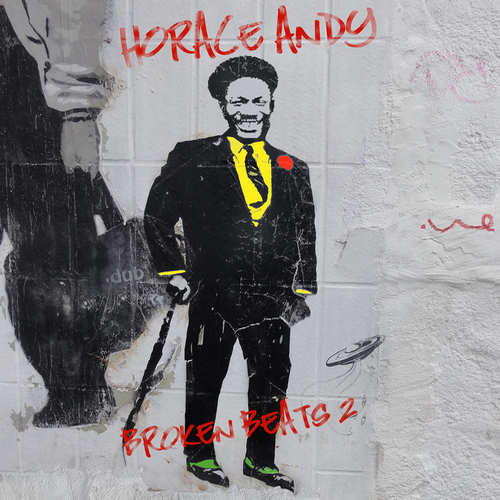 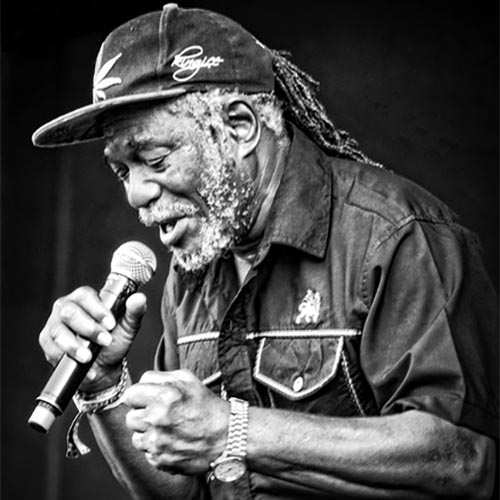 After having recorded his first single, This Is A Black Man’s Country, in 1967 for producer Phil Pratt, until 1970 that Jamaican reggae songwriter and singer Horace Hinds achieved a breakthrough. After having successfully auditioned at Studio One as a solo singer, Coxsone Dodd decided Hinds should record as Horace Andy, partly to capitalise on the popularity of Bob Andy, and partly to avoid comparisons with his cousin, Justin Hinds, with whom his singing style at the time showed a resemblance. Got To Be Sure became his first single for Studio One which in the next years was followed by tunes such as See A Man’s Face, Night Owl, Fever, Mr. Bassie, and one of his most enduring songs, Skylarking. However, Horace Andy’s most successful association with a producer was with Bunny ‘Striker’ Lee in the mid-’70s, who produced a series of singles now regarded as bonafide classics.

Horace Andy’s profile is further raised in the ’90s when he started to collaborate with Bristol trip-hop pioneers Massive Attack to contribute to all five of their albums (the only artist to do so). In the mid-1990s he also worked with Mad Professor, releasing albums like Life Is For Living and Roots And Branches. The album Living In The Flood was released in 1999 on Massive Attack’s Melankolic record label. Also in the new millennium he continued to record new music which led to albums such as Mek It Bun (2002), This World (2005), Livin’ It Up (2007), and Serious Times (2010). He also featured on the world music project, 1 Giant Leap, and on the Easy Star All-Stars 2006 album, Radiodread.

In 2013, German record label Echo Beach presented the album Broken Beats, a collection of tunes done by friends of the label who reworked Horace Andy’s classic tracks in their own sound outfit. Although his merits as a roots reggae singer go back to the ’70s, Horace Andy has always loved experimenting and thus he personally put in an appearance to sing new versions of some of his best-known and most popular tunes on top of timeless and contemporary riddims. And now, seven years after that album there’s its follow-up set, simply titled Broken Beats 2, on which Echo Beach again welcomes friends and new faces who have reshaped Horace Andy goodies from the past.

Featured on the Broken Beats 2 CD are six reworkings of Money, The Root Of All Evil, three reworkings of Skylarking and Cuss Cuss plus new versions of Bad Man, Do You Love My Music, Wicked Babylon, and She Say. Money, The Root Of All Evil, originally released on Phil Pratt’s Sunshot imprint in 1975, is one of the Horace Andy songs that have been revitalised quite a few times. That 1975 heavy cut was followed by noteworthy do-overs of Money, The Root Of All Evil for Lloyd ‘Bullwackie’ Barnes, Bunny ‘Striker’ Lee, and, more recently, Cultural Warriors to name only three. Also, the Studio One classic Skylarking (for Lloyd ‘Bullwackie’ Barnes, Bunny ‘Striker’ Lee, Blacker Dread, Sly & Robbie, Mafia & Fluxy, etc) and his rendition of Lloyd Robinson’s 1968 Cuss Cuss (for Lloyd ‘Bullwackie’ Barnes, Bunny ‘Striker’ Lee, Education, Blacker Dread, OBF, etc) are good examples of tunes that have been revisited several times. It’s obvious Echo Beach has picked up on this tradition – and the much older tradition of versioning – for both Broken Beats and Broken Beats 2.

Things get started with an excellent new version of Skylarking by Axel Hirn & Flo Fleischmann aka Noiseshaper, who have given the reggae anthem a special and unique Viennese coffeehouse trippy reggae style. It’s actually the first recording from Noiseshaper since 2009. Of the other two Skylarking versions, it’s Soul Sugar’s Discomix Version that leaves the best impression, although the intriguing version created by New Bladerunner Of Dub isn’t far behind. NYC’s Subatomic Sound System, known for genre-bending dubwise productions and recording & touring with Lee ‘Scratch’ Perry, delivers a heavy bass-driven killer remix of Cuss Cuss. A completely different version of Cuss Cuss comes from French Beatmaker T-Jah, who has created a lighter, more meditative feel and vibe for the song. No less than six remixes of Money, The Root Of All Evil with each of them having its own merit. The ones that instantly go on repeat are the versions done by Adubta, Dreadzone, and Hoboken Hifi. Also worth hearing more than once are Madaski’s superb version of Bad Man, in which Horace Andy makes clear what he thinks about stress and good-for-nothings, Wicked Babylon by Jah Schulz, and Dubjestic’s delightful soulful jazzy interpretation of the lover’s piece She Say.

Horace Andy shows once again that he’s an artist who does not shy away from challenges outside the usual reggae spectrum. This collection proves that the reggae veteran’s falsetto and characteristic slow-motion vibrato is a vocal weapon that is also able to resonate with those who have an open ear and mind.

Note: Fans of vinyl will be pleased to know that there is also a limited edition vinyl LP of the best essence Broken Beats 1 & 2, which can be purchased here.

Conclusion This collection proves that the reggae veteran is also able to resonate with those who have an open ear and mind.