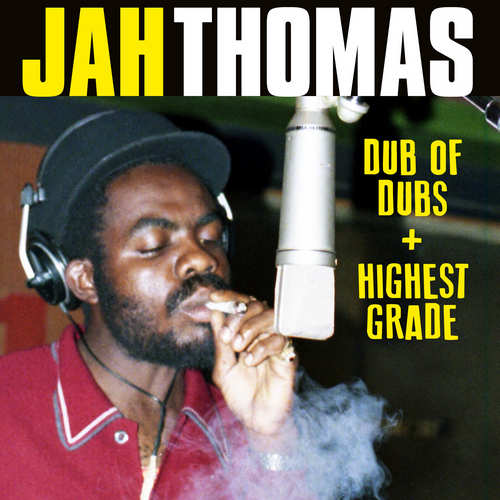 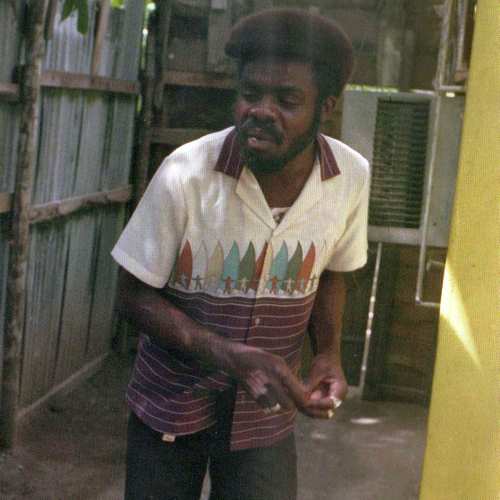 After the release of the white-colored vinyl LP Dub Of Dubs (reviewed here), the Burning Sounds label now treats the reggae aficionado to a double CD that features that dub set along with a 16-track collection of vocal cuts from the vaults of the ‘music maker from Jamaica’, artist/producer Nkrumah Manley Thomas aka Jah Thomas, who compiled this set himself at DJ Charjan Studio in London UK.

Although the Dub Of Dubs and Highest Grade albums are combined in this release, they are two separate albums as the dubs aren’t connected to the vocal cuts or vice versa. Of course, a riddim track might be used for a vocal cut that also appears to be featured on the dub album, but in this case, it is more by chance than intended.

After the well-sold release of his self-produced 1979 album Dance Pon The Corner, which was one of the first to reflect the nascent dancehall era, Jah Thomas started to produce a plethora of records with a variety of artists and mainly using the Roots Rock Band, which later changed its name and became renowned as the Roots Radics, as backing band. As the title indicates Highest Grade features tunes for the herbalists from well-known veterans like the singers Johnny Osbourne, Triston Palmer, Anthony Johnson, and Bobby Melody, the deejays Lone Ranger, Early B, Ranking Trevor, and, of course, Jah Thomas himself, along with rather unknown names like King Rolex, Terry Butler, and Nemo.

Things get started with two cuts across The Answer riddim, I Need High Grade by Junior Moore aka Junior Tamlins and Bring The Herb Come by General Trees, which were released on 7″ singles in 2004. That same year, the French artist Nemo, whose vocal delivery shows influences from artists such as Barrington Levy, Pinchers, and Courtney Melody, had his Jah Thomas produced album Cross-Breed released by Silver Kamel Audio. From that album comes Highest Grade, a song that is partly sung in French. Next comes Lone Ranger’s High Grade Stash which is underpinned by the same riddim track, followed by Triston Palmer’s 1982 killer Joker Smoker which was recorded and mixed at Channel One. Throughout one of the singer’s most famous songs, he calls out those who love to be around smokers and instead of respecting the space and culture, they become an irritation. It rounds off the first part of the set, which furthermore features entertaining tracks by General Trees and Lone Ranger tracks, in a very satisfying way. The remaining part brings some great early ’80s tracks from Anthony ‘Gunshot’ Johnson (What Kind Of Herb), Johnny Osbourne (Bring The Sensi Come), and Bobby Melody (Low The Sensie Man). Jah Thomas in his deejay role excels on Please Mr Officer, a track from the 1980 LP Nah Fight Over Woman. Also, worth hearing are the tunes done by Lee Van Cliff (Chalice Afi Life) and Early B who rides the Darker Shade Of Black riddim for his wicked 1984 tune Ganja Man. More or less a stranger in the midst of this all is the album closer Liquid Brass, the title track of a 2004 released album with 14 instrumentals.

Conclusion Even though this double CD is a mixed bag, it's worth checking anyway as it has enough moments to fulljoy.