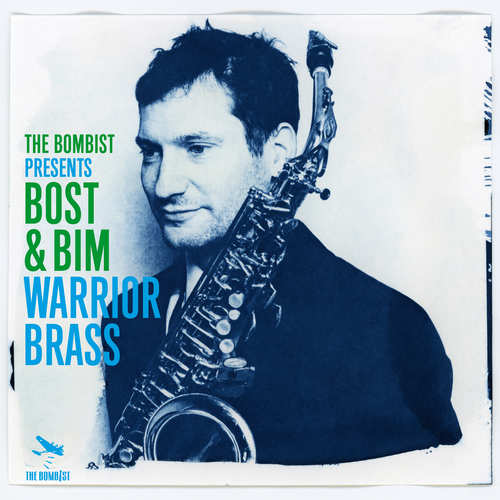 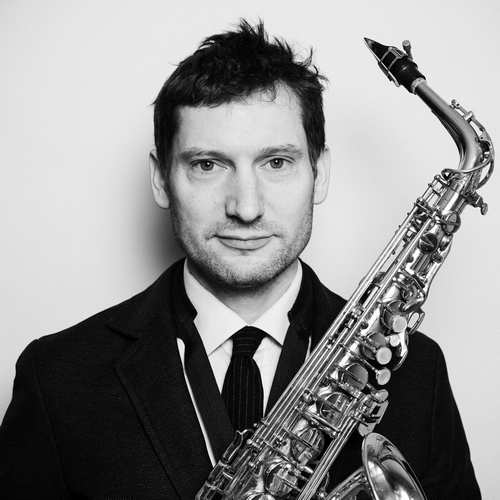 From the early ska days up to now, several great Jamaican sax players have played their part on countless recordings including many now regarded as bonafide classics. Names such as Tommy McCook, Roland Alphonso, Cedric ‘Im’ Brooks, Val Bennett, Herman Marquis, Lester Sterling, Deadly Headley, and Dean Fraser are well known to any fan of Jamaica’s popular music. But also outside the island, there are sax players like for example Tommy Tornado and Megumi Mesaku who established their names and attracted notable attention with full-length solo albums. And now, finally, there’s saxophonist Matthieu Bost who presents his first instrumental album.

Matthieu Bost is known from Bost & Bim, a renowned French duo of producers and composers in the international reggae business. They firmly established their name with releases on the Special Delivery Music label – founded in 2001 and run by Matthieu’s brother Pierre Bost and Jean Philippe Greve aka JP. In 2016, Matthieu Bost & Jérémie Dessus aka Bim won a Grammy Award
for their work (Rise And Fall and Wanna Be Loved) on Morgan Heritage’s Strictly Roots album. In 2018, they received two Grammy nominations, particularly for their participation in Chronixx’s worldwide hit Skanking Sweet. Sadly, Jérémie ‘Bim’ Dessus died on June 2, 2016, at the age of 41.

Besides being a producer and composer, Bost is a saxophonist who also plays jazz in addition to reggae. Inspired by great Jamaican saxophonists and by reggae instrumental albums in general, he has released his own instrumental album. The idea came about 10 years ago and since then Bost has regularly recorded sax versions on Bost & Bim productions. Furthermore, he recently composed and recorded special tracks for this new album. Warrior Brass is mainly a reggae album on which Bost explores the various facets of this music. Of particular interest and great to listen to are the opening and closing tracks Warrior Brass and with Cedric’s Mood, a tribute to Cedric ‘Im’ Brooks. On both tracks, Bost beautifully blows his saxophone over a Nyahbinghi riddim. Percussions on this impressive track is played by Ras Makedah, while Bim has done the percussion work on the jazzy Cedric’s Mood.

In between these two instrumentals, a variety of instrumentals awakes the interest of the listener. Tracks like for example Tommy’s Mood and Chillin At The 57 fall into the modern roots category, while Hornz In The Streetz and The Ring have a more ’60s vibe and mood. Also included are reggae instrumentals of The Supremes’ 1965 hit single My World Is Empty Without You and Je T’aime Moi Non Plus from Serge Gainsbourg & Jane Birkin. And there are also a few tracks with guest appearances included. Victor Axelrod aka Ticklah, the co-founder of the Dap-Kings, plays the organ on A Travers La Nuit. Mista Savona, founder of the Havana Meets Kingston project, is the keyboardist on Barillete Cosmico, an infectious instrumental with Cuban accents thanks to Jérémie ‘Bim’ Dessus playing the tres – a Cuban guitar with three strings. Thomas Broussard aka T’n’T plays all instruments – of course except the sax – on Maramax, a piece that sounds very familiar to the ears as it was featured on the 2009 released Sugar Riddim, which included tunes like Gappy Ranks’ Rain and Ziggi Recado’s Gonna Leave You. Last but not least there’s the 2011 instrumental sax version on Bost & Bim’s relicked version of Lee Perry’s Words Of My Mouth, originally voiced by The Gatherers at the legendary Black Ark studio.

Musicians who accompany Matthieu Bost on this album are, of course, Jérémie ‘Bim’ Dessus, Thomas Join-Lambert on drums, Thomas Broussard aka T’n’T on guitar, Daniel Moustin on bass, all members of the backing band with whom he’s touring for many years, in particular with the French singer, songwriter of dancehall reggae Taïro. Furthermore involved are Nicodrum on drums, the drummer Gwenael Celerin, Alpha Blondy’s bassist Koxx, and Manuel Faivre and Marc Delhaye on horns with whom he performed in jazz bands.

Conclusion Any lover of good instrumental albums will surely appreciate this solid set.