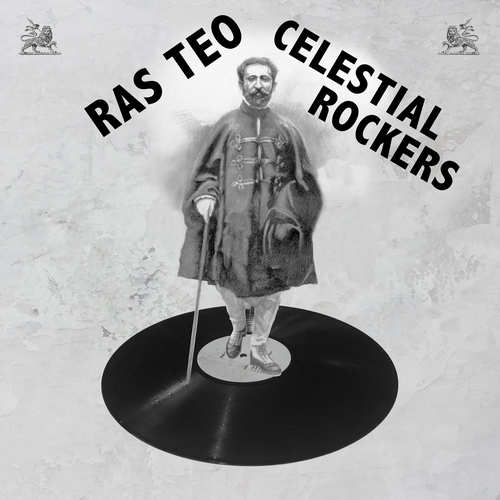 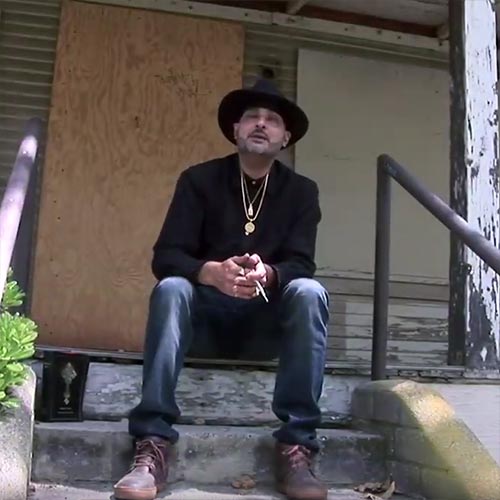 The last ten years or so have learnt that almost everything coming out of the camp of the Zion I Kings (ZIK), the flaming collective of Zion High Productions, I Grade Records, and Lustre Kings Productions, is of unquestionable quality. It made ZIK a reputable force that has attracted avid fans of deep roots reggae. With the newest addition to their ever-increasing and throughout impressing catalogue, these fans are treated to another sterling project from the ZIK via Zion High Productions. This time it’s Ras Teo’s brand new LP entitled Celestial Rockers that will make their reggae hearts leap.

The players of instruments who laid down the riddims include ZIK’s usual suspects David ‘Jah D’ Goldfine from Zion High (drums, bass, percussion, guitar), Laurent ‘Tippy I’ Alfred from I Grade (rhythm guitar, keys), Andrew ‘Moon’ Bain from Lustre Kings (lead guitar). And furthermore involved are experienced musicians like Patrick ‘Aba Ariginal’ Tenyue (trumpet), Ben ‘Ashanti Selah’ Smith (kette), and the late Andrew ‘Drew Keys’ Stoch (keys, trombone), to whom this album is livicated. Interesting to know that Celestial Rockers is the first Zion I Kings project to feature drum programming. And although some (as initially also Ras Teo) are very reluctant when it comes to programmed drums, here it sounds really good.

Produced by Jah David Goldfine, Celestial Rockers is a vocal and dub Showcase LP that features 8 tracks, four vocal cuts and four dub excursions. Ras Teo is a master wordsmith whose songs on this LP are full of thematic elements that range from Rastafari to spirituality, and meditation. Vocally he’s a singer with a fine voice which now and then reminds of Pablo Moses’ vocal style. Side One opens with the impressive Gone Ah Search, a song that fires on all cylinders. Besides the awesome bassline played by Jah D, it are the gorgeous horns play of Drew Keys and Aba Ariginal and the backing vocals by the Mighty Diamonds that elevate this track to the highest heights. The second vocal cut, the compelling Jah Waterfalls, is underpinned by a haunting riddim with a slower tempo than the previous vocal piece. It’s an intoxicating piece in which Ras Teo’s distinctive voice fully comes to the fore very well. The opener on Side Two, 1 n 2 n 3, needs several listenings before you discover it can be appreciated to the fullest. This is different from the fourth and last vocal cut, Cooyah Cooyah. This head-nodding track – with the Mighty Diamonds together with Paul ‘Lymie’ Murray and Carlton ‘Dehdeh Blacks’ Scarlett providing harmonies – instantly appeals and goes on repeat as it impresses mightily. The four vocal cuts are accompanied by four wonderful dubbed out versions done by Ben ‘Ashanti Selah’ Smith, Andrew ‘Moon’ Bain, Jah D, and Tippy I respectively.

Conclusion This is an album that rocks and shouldn't be overlooked by anyone fond of music that maintains the deepest roots reggae tradition.