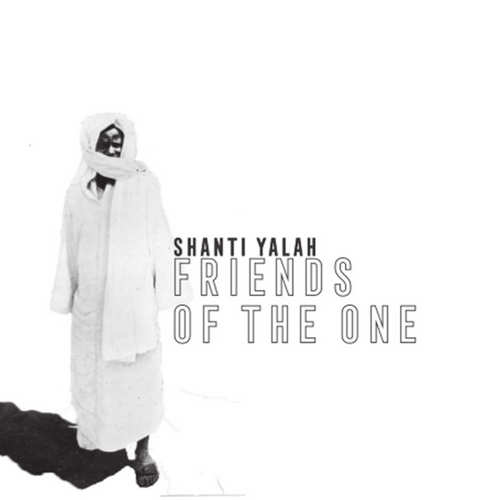 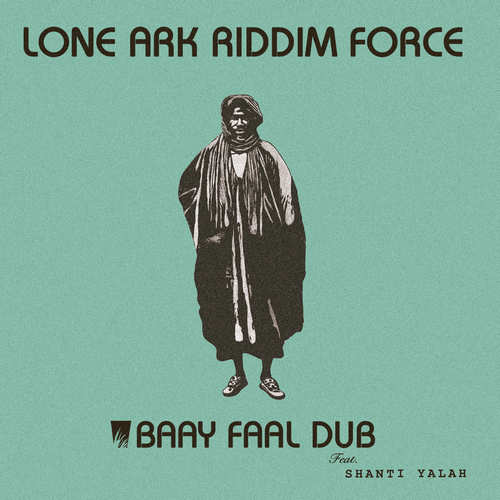 In June 2017, Santiago Villaverde who, together with Jaime Lanza, is the founder and producer of Nansa Records from Cantabria in northern Spain Shanti Yalah, released his notable debut vinyl single Walled Garden under his artist name Shanti Yalah. For this single, he collaborated with the highly esteemed Roberto Sánchez from A-Lone Productions. The single was the forerunner of Shanti Yalah’s full-length debut album Creation, a solid conscious roots set with a couple of instrumentals and its counterpart dub set Creation In Dub.

About four years after the release of the Creation & Creation In Dub albums, Shanti Yalah and Roberto Sánchez return with a brand new vocal & dub set titled Friends Of The One and Baay Faal Dub respectively. On both albums, the listener is treated to ten tracks of the finest modern roots rockers that radiate the quality known from A-Lone Productions which is widely appreciated by connoisseurs as well as reggae fans.

Getting the quality started on the quality brimming spiritual album is the title track Friends Of The One. Shanti Yalah is closely related to the Muridiyya world from Senegal and also to the Wolof language, in fact, his name Shanti Yalah (in Wolof Sante Yalla) means thanks to God. On the glorious horns-laden album opener Friends Of The One, this comes to the fore in Shanti Yalah’s tribal chorus which is written and sung in Wolof, saying “La ilaha Buur Yalla la ilaha” (nothing and nobody deserves to be worshiped except God). On Heart Of Gold, which has Mathias Liengme from Fruits Records/Najavibes/The 18th Parallel playing the Moog synth, he sings about the importance of having a clean and pure heart, making a reference to the ancient Egypt culture in one of the verses. The riddim that underpins Heart Of Gold was previously used for Willi Williams’ There’s A Place, a track from his 2020 LP Glory To The King. The previously released single Safe In His Tent comes next. In this song, Shanti Yalah refers to and sings about the psalm 27:5 from the Bible across a riddim with a great rockers pattern that was inspired by one of Roberto Sánchez’s main influences, the Twinkle Brothers. Altogether, an impressive opening.

From Blessings, a song about how great it is finding and feeling God deep within. up to the album closer Tribulation, which features a guest appearance of veteran singer/producer Linval Thompson, it’s one great tune after another. Righteous Education is a roots killer in which Shanti Yalah highlights the importance of education and invites the youths to “rise up in a righteous education…” and to “grow like a tree, planted by the Lord of Creation”. With the song’s riddim, tribute is paid once again to the sound of the Twinkle Brothers. The riddim for Benevolence is another one that pays tribute to one of reggae’s greatest, Winston Rodney aka Burning Spear. This song refers to the relevance for the human being of guiding thought, deference, and benevolence in thinking about other people. The heart-touching A Lesson with its flying cymbal drumming is reminiscent of Bunny Lee’s productions mixed at King Tubby’s. Dubby Ambassah, who passed May 20th, 2020, is present here with his unique kette drum playing. The riddim for Time is done in the same vein as the one that underpins Friends Of The One. It makes it a danceable track, although it’s also worth dwelling on the lyrical content. Those Men refers to “the big tech, big data, big oil, big pharma, and the global health cartel led by a philanthropy who control the health advice organizations and institutions”. They are the modern Babylon. Tribulation Pt. II, a new version of the track that rounded off the album Creation, refers to the tribulations that affect everyone regardless of age and culture and stresses the importance of having patience and firm trust to overcome adversity.

The dub version to Shanti Yalah’s vocal album, Baay Faal Dub, is a more than welcome addition. Listening to this collection will especially please fans of Jamaican dub albums that created the craze in the 1970s, although this album might also appeal to those who aren’t deep into dub music. By now it must be commonly known that when you have Roberto Sánchez at the knobs to dub it up, you’re in for a treat. So, there’s nothing here to be disappointed about!

Conclusion Shanti Yalah, in collaboration with Roberto Sánchez, has delivered an album stamped with quality all over!