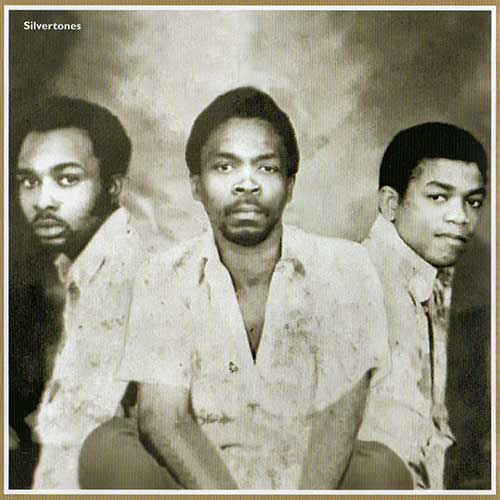 The story of The Silvertones started in 1964, when Delroy Denton, Keith Coley, and Gilmore Grant came together to form a harmony group. Their first hit, True Confession, was released by Duke Reid in 1965, which was followed by massive ska, rocksteady, and reggae hits. They recorded for producers like Sonia Pottinger, Clancy Eccles, and Coxsone Dodd. After Delroy Denton had emigrated to the US, Joel ‘Kush’ Brown adequately filled the spot. In the late 1960s and early 1970s they worked with Lee ‘Scratch’ Perry, who produced their debut album Silver Bullets, voiced at King Tubby’s Studio in one night and released on Lee Perry’s Black Art label. This was the first album from Perry’s Black Arc studio (not called Ark yet) in 1973 and was released on Trojan Records that same year.

The group held solid ground with Studio One from the mid-1970s until Coxsone Dodd’s passing in 2004 and had successful singles with I Want To Be There, Smile, Stop Crying, and Have A little Faith. Their Studio One recordings were collected together with some of Duke Reid’s produced tunes on their 1999 released Young At Heart album. They contributed to Leonard Dillon’s final album The Ethiopian and in 2013 and 2015 released two albums, Keep On Rolling and Things Gonna Change respectively. Gilmore Grant passed on in 2016 and was replaced by veteran Anthony Feurtado. The group has graced Reggae Geel, Rototom, and Reggae Jam festivals in recent years. Today the lineup of The Silvertones is Keith Coley (lead vocals), Norris Knight, and Nathan Skyers. Last year they recorded the wonderful tune Wonderland Of Green for Fruits records, check the review here.

Doctor Bird Records, a division of Cherry Red Records, specializes in vintage Jamaican sounds licensed from the legendary catalog of Trojan Records. With their sophisticated release policy, they delight the reggae community with countless reggae classics, often provided with bonus tracks and well-documented booklets. One of their last releases is the 1973 debut album by The Silvertones, supplemented with thirteen bonus tracks, which together make up the entirety of the trio’s work for Lee Perry.

The Silvertones always thrived with cover tunes and were adept at inspired originals too, and this approach is reflected on this album. In addition to covers of pop and soul songs, the original set of 12 songs also contains six original songs. Thematically, the album only deals with matters of the heart, except for the masterful song Rejoice Jah Jah Children, followed by the equally good dub version. Noteworthy is track 12, Are You Sure, which is the Lee Perry dub version of Dave Barker’s take of the Staple Singers’ hit of the same name. Denton’s expressive baritone shines on the covers of the soul tunes Souvenir Of Mexico and That’s When It Hurts. We can also appreciate their version of Jerry Butler’s hit He’ll Break Your Heart, and even Sugar Sugar, the bubblegum pop tune from The Archies, is being revived by Denton. The tune Soul Sister written by Perry is a catchy tune, lyrically overloaded with clichés, but no less enjoyable for that.

On to the bonus tracks, where we find a few roots gems. Give Thanks, a solo effort by Denton, is simply an excellent devotional song. The same goes for Denton’s other solo cut, Oppression. The skanking track Financial Crisis, complete with the Perry dub version, is a solid reality tune. Brook Benton’s Endlessly is a beloved cover song in Jamaica. Here we find an attractive uptempo version of this song. The album closes with two ‘rehearsal tunes’.

Conclusion A welcome expanded reissue of the 1973 album!