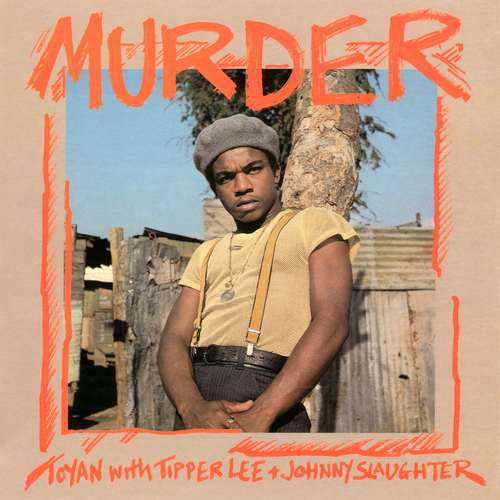 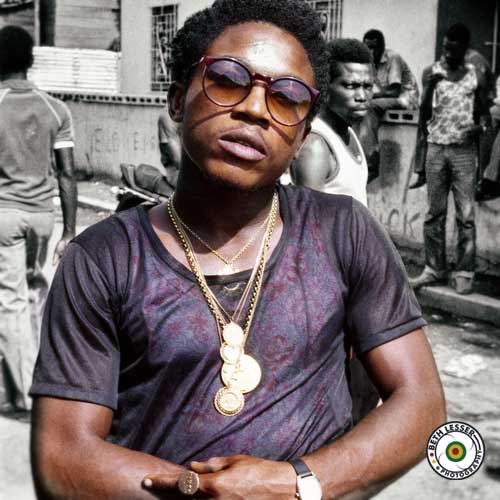 Sometime in 1974, Toyan started his musical career, like most Jamaican toasters, as a deejay on one of the countless sound systems on the island, including Socialist Roots and Romantic HiFi. In the early 1980s, he entered into a fruitful collaboration with top producer Junjo Lawes. This collaboration resulted in the release of the classic album How The West Was Won. On that album, the proven Junjo riddims are sublimely mixed by Scientist, with Toyan’s deadly toasts on top. During the first half of the 1980s, Toyan was extremely prolific, with more than 10 albums being released in addition to countless 45s. He was murdered in Jamaica in 1991.

Tippa aka Tipper Lee started performing on his father’s sound system at an early age. After several releases, he formed a duo with Rappa Robert, and some hits were scored, mostly during the heyday of digital dancehall, in the second half of the 1980s. For quite some time he lives and works in the US, where he partnered with Dub Club producer and leader Tom Chasteen in 2016. The album Cultural Ambassador proved successful and the two men are still working together on various projects. Very little is known about Johnny Slaughter. Besides some singles and the LP with Toyan and Tipper Lee, few releases of him are known.

The album was released in 1983, a period when the ‘clash’ albums were more or less all the rage, especially because it was often not possible for an artist to fill a complete album. In addition, it was also advantageous for the producer to work with a limited number of riddims that were used by the different artists on one album. The latter also applies to the LP Murder. Producer Jah Thomas, also active as a toaster, delivers a high-quality, quintessential early 1980s deejay album, complete with tough riddims, most likely played by the Roots Radics, sharp lyrics, and the right vibes.

The ‘clash’ LP is a ‘battle’ between the illustrious duo Tipper Lee and sidekick Johnny Slaughter vs. Toyan. It would be stupid to pick a winner, the winner is the listener! The three deejays toast with devotion & passion across the riddims, with themes often coming from everyday life, ranging from self-aggrandizement, the joys of the herbs to roots ‘n’ culture.

Toyan’s appealing opening track Joycie Gwan leaves no doubt, this album is authentic deejay stylee! The widely recycled Rougher Yet riddim is used twice by the duo. Confusion is a roots song, not really a deejay piece, but a sung tune. With Poor Man they go riddim-wise in the repeat, but this time in true deejay style. We switch to the Shank-I-Sheck riddim, also on offer twice. With Right Time, Toyan speaks highly of himself, while Tipper and Johnny have a smooth dialogue about the joys of the herbs on Sensimelia. Super Don -riding the Storm riddim- is Toyan’s ode to the famous Barry G aka The Boogieman, the Jamaican deejay since 1975. Toyan excels unparalleled with Pretty Face, propelled by the intense He Prayed riddim. BoomShot! Ice Cream, across the Hi Fashion backdrop, is a bit lighter in tone, with lyrical links to Johnny Osbourne’s hit Ice Cream Love.