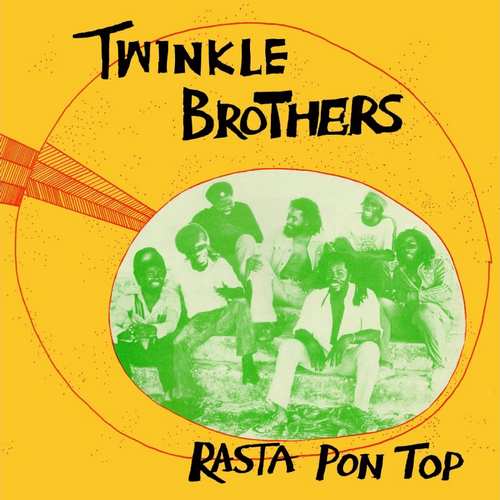 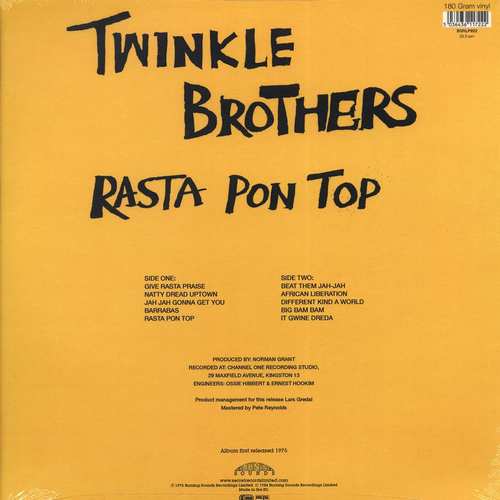 The Twinkle Brothers were formed in 1962 by the Grant brothers, Norman (vocals, drums) and Ralston (vocals, rhythm guitar). Furthermore, the band consisted of Derrick Brown (vocals & bass) and Karl Hyatt (vocals, percussion), who just like Norman and Ralston Grant also hailed from the ghettos of ‘Compound’ in Falmouth, Trelawny, Jamaica. After winning local talent competitions, they recorded their first single entitled Somebody Please Help Me for producer Leslie Kong, which became a small hit for Beverley’s in 1966. This was followed by sessions for other top Jamaican producers such as Duke Reid, Lee ‘Scratch’ Perry, Sid Bucknor, Phil Pratt, and Bunny Lee. The band worked in the late 1960s and early 1970s on the island’s north coast hotel circuit, playing a mixture of calypso, soul, pop, and soft reggae. In the early 1970s, they began producing their own recordings, financing their sessions through Norman Grant’s employment as a solo artist.

In 1975, an expanded line-up of the Twinkle Brothers with Paul Hurlock on lead guitar, Glen Stair on organ, Eric Barnard on piano, Albert Green aka Bongo Asher on congos, and Austin Williams on percussion, started to work at the newly opened Channel One Recording Studio on 29 Maxfield Avenue in Kingston 13. One of the tracks they recorded there, Give Rasta Praise, was released by Grounation on single and gave the band their first real hit. Then, their debut album on Grounation, Rasta Pon Top, came quickly after. Produced by Norman Grant and featuring Ossie Hibbert and Ernest Hookim at the knobs, the 10-track album kicked off a great career for the band with their signing to Virgin Records’ Frontline label in 1977, that led to the release of the Love, Praise Jah, and Countrymen albums, being a notable achievement. UK-based Burning Sounds have now reissued the Rasta Pon Top LP on 180 gram red vinyl.

Rasta Pon Top contains a string of superb songs where traditional roots reggae riddims – some jaunty, others more laidback – come accompanied by sweet lead vocals and even sweeter harmony backing vocals. This classic collection of conscious roots reggae tunes, takes off with the, at the time, previous released single, the delicious Give Rasta Praise. The next two tracks can be regarded to be the odd ones out here. For Natty Dread Uptown, an interpretation of the disco stomper Shame Shame Shame by Shirley & Company, and funky dancefloor rocker Jah Jah Gonna Get You, the Twinkle Brothers blended traditional roots riddims with a disco sound and thus these two tracks have echoes of the kind of music they once played in the hotels for the tourists.

The seven remaining tracks are magnificent examples of Rastafarian thought and reasoning, together with beautifully constructed original riddims. They all show the band’s full capabilities and include outstanding tunes such as the heavy dub-influenced Rasta Pon Top and Different Kind A World whose hazy horns recall both rocksteady and ska hits of the past. Some tracks tell of events of the past like Barabas whose mournful harmonies and a slow riddim proved the setting for the moving story of Christ’s crucifixion. And there’s also African Liberation, a strong country scrubbing, a call to all Africans at home and abroad.

Conclusion In all, an excellent album full of great songs and riddims.