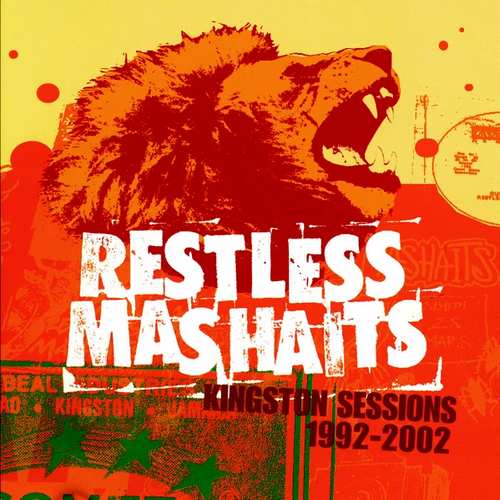 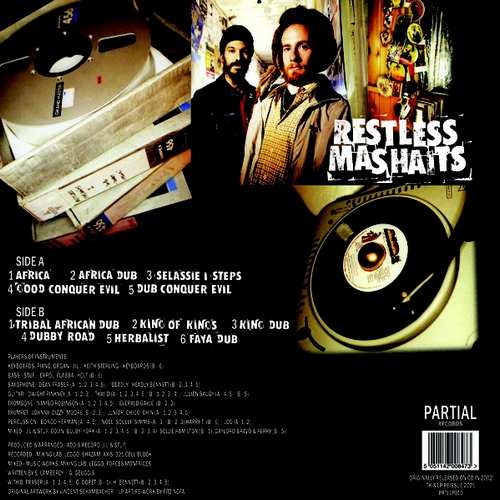 You all probably know the feeling. Someone makes a statement, and all you can think of is proving him wrong. That’s what happened to me when the CD Kingston Sessions 1992-2002 was sold to me at Irie Records in Münster, Germany, back in 2002. The guy in the shop said: “You do know Rico’s Man From Wareika, don’t you? Well this CD is not only in that same vein, it’s got the same quality.” All I thought was, put it on then, make me buy it, but I ended up doing so. Now, that classic collection of instrumentals has been reissued on vinyl for the first time.

Straight away, only a few bars into the album’s opener Africa it seems someone has discovered lost tracks from the Man From Wareika sessions. Superb instrumental reggae, roots riddims, with fabulous horns on top. Jill & Stuff, the core of Restless Mashaits started playing together in numerous Swiss outfits in the late ’80s, before they started their own label Addis Records in 1992 with the help of befriended JA recording engineer Bravo from Leggo Studios. Being fans of the ’70s sound captured on albums like Man From Wareika it was just logical for them to record with veterans from that era, their first four singles that included Faya Dub and Adwa March. After that, they concentrated on backing reggae artists visiting Jamaica, several collaborations like Junior Delgado’s Reasons, and becoming better known in the UK than they were in their own Switzerland.

Realizing their first batch of singles was still in demand back in Europe, on their next visit to Jamaica they decided to record a complete album of instrumental reggae, aided by the same roots veterans, and Mixing Lab’s engineer Colin ‘Bulby’ York. with the horn section of Dean Fraser, Nambo Robinson & Chico, and Dwight Pickney, Bongo Herman and Scully chipping in they recorded Africa and its dub companion, Selassie Steps, Good Conquer Evil and its dub. And every single track is a beauty. Tribal African Dub is mixed by Soljie, with Scully being the only Jamaican playing along Jill’s keyboards & programming, and Stuff’s bass & percussion and their fellow countryman Thai-D. Deadly ‘Headly’ Benett is the featured soloist alongside Dizzy Moore and Everton Gayle on King Of Kings and its dub, accompanied by vocals from Nello B, Jennifer Barrett and June Cole on Dubby Road. Herbalist is mixed by the man with whom this all started: Bravo. And this LP closes with Jill & Stuff’s own kette mix of Faya Dub, featuring Keith Sterling, Flabba Holt and Harry T. This is a magnificent album, with 11 superb tracks.

In 2002, it seemed pretty difficult to track down the CD. However, these days it might be easier to find this must-have vinyl album in various shops online.

Listen to the Tracks

Conclusion This is a magnificent album with 11 superb tracks.