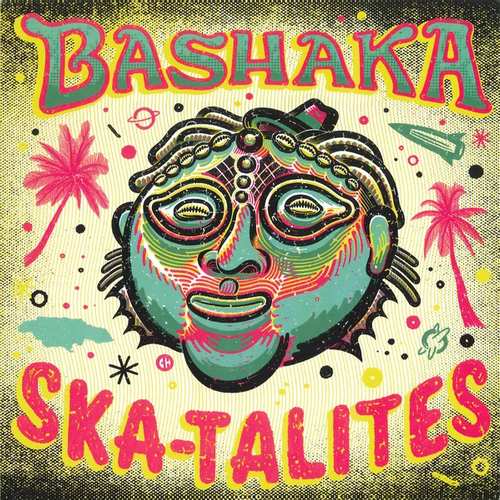 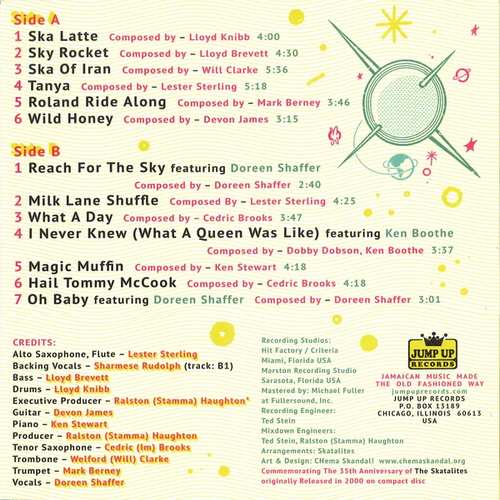 The Skatalites’ 2000’s Bashaka is an album lost in time, plagued by a label bankruptcy, and released when mainstream’s support for the genre had waned. Formed in 1963, the Skatalites were the créme de la créme of Jamaica’s musical talent at the time. The personnel fluctuated from time to time, but the most important instrumentalists were: Don Drummond, Tommy McCook, Roland Alphonso, Johnny “Dizzy” Moore, Lester Sterling, Jackie Mittoo, Jah Jerry, Lloyd Brevett, and Lloyd Knibbs. The band lasted for two years, a combination of several problems caused them to break up in late 1965.

Clement Dodd persuaded Jackie Mittoo and Roland Alphonso to leave the band and form the Soul Brothers as the Studio One house band. Tommy McCook worked mainly for Duke Reid at the Treasure Isle studios, while Don Drummond took his life on May 6, 1969, in the Bellevue Hospital, Kingston. Their music was a powerful synthesis of American R&B, combined with swinging, jazzy “take-off” solos, forming in the process something uniquely Jamaican – the first music to come out of the post-war colonial independence movement of the West Indies. The Skatalites backed every singer of note in the island’s studios and cut hundreds of instrumentals under various names, thus laying the foundation for today’s Jamaican music.

Bashaka, actually a celebration of the 35th anniversary of the Skatalites formation, was originally released by Marston Recording Corporation. The members of the band now include the original riddim twins Lloyd Knibb (drums) and Lloyd Brevett (bass), Lester Sterling on flute and saxophone, Cedric ‘Im’ Brooks on saxophone, Devon James (guitar), Ken Stewart on piano, Mark Berney (trumpet) and Will Clarke (trombone). Although the Skatalites are primarily an instrumental group, the album contains two fine ska tunes by Doreen Shaffer – Reach For The Sky and Oh Baby -, who sang with the band from the beginning, and one by guest artist Ken Boothe, the mid-tempo I Never Knew. The music on this album – ska instrumentals and rootsy jazz reggae – is smooth, swinging, and vibrant. Producer Stamma Haughton has a first-hand feel for the music of the original Skatalites and the combination of solid tunes, musical craftmanship, digital recording at a big studio makes this an album every ska fan should check out. This limited to 500 copies reissue by Jump Up Records (trimmed down from its original 15 CD tracks to 8 selected LP tracks) has brand new updated art by Chema Skandal and is pressed on clear yellow vinyl

Conclusion An album every ska fan should check out!