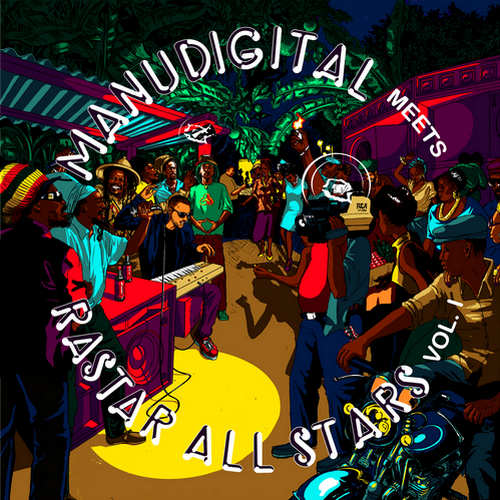 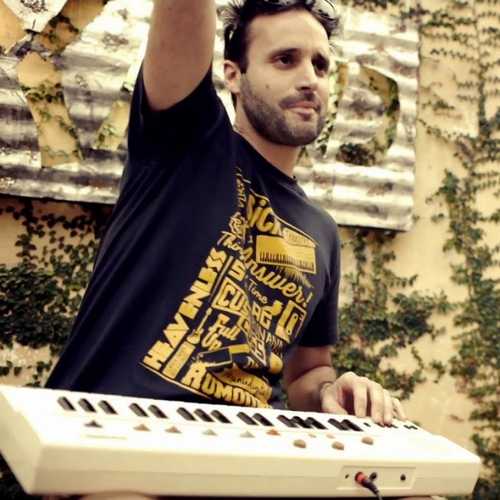 The independent record label Rastar Records is the brainchild of Nicole and G. ‘Ital’ Bonitto, the latter being Duckie Simpson’s nephew. Their productions first surfaced in 2007 with the release of the aptly named Rastar Riddim compilation, the first one riddim album to combine some of Jamaica’s more popular singers (Luciano, Lutan Fyah, Jah Mason, Yami Bolo) with voices from the Virgin Islands (Army, Ras Attitude, Niyorah, Midnite). That album was followed by compilations like Defender Of The Faith, King Of Kush, and Frontline Souljah, along with full-length studio albums from artists such as Midnite, Akae Beka, Luciano, Lutan Fyah, Gregory Isaacs, and Jah Mason. When Manudigital teamed up with the Jamaican label, he was given access to the recordings in their archives.

With the involvement of Pokito (guitar), Alexis Bruggeman (drums), and Fayce Bastien (keyboard), Manudigtal started to work on hand-picked tracks from Jamaican veterans who established themselves in the ’80s, from ’90s reggae luminaries Luciano and Anthony B, and, of course, from Akae Beka aka Midnite who worked extensively with Rastar Records. It first led to the release of three noteworthy digital-only singles including Gregory Isaacs’ The Soul Of Ethiopia, Yami Bolo’s Cut Dem Off (Reloaded), and Half Pint’s Cradle Of Civilization, before this album project with 12 tracks was finally ready to hit the streets.

Besides the computerized sound that is known from Manudigital’s albums Digital Kingston Sessions I & II, this collection of remixes and unreleased tracks also features tunes underpinned by riddims played by real musicians. Soundwise, it makes Manudigital Meets Rastar All Stars a well-varied album. Of course, included here are the aforementioned three singles which more or less were intended to whet the appetite for this release. Gregory Isaacs’ excellent The Soul Of Ethiopia harks back to the successful digi-roots productions of ‘Gussie’ Clarke in the late ’80s which included riddims like Rumours, Mind Yu Dis, and Twice My Age. Yami Bolo’s awesome Cut Dem Off (Reloaded), originally released in 2007 on the Rastar Riddim, brings to mind the early ’80s when Sly & Robbie were important in developing the trend towards computer-assisted music, while Half Pint’s Cradle Of Civilization, which was never released by Rastar Records, comes across a fully computerized riddim.

Legendary singer/producer Linval Thompson very convincingly opens this set with Jah Jah Praise, a song that transports the listener back to the golden years of reggae. Manudigital and his fellow musicians have done a very good job in creating the perfect backdrop to accompany Linval Thompson’s vocal and lyrical effort. Anthony B’s Wings To Fly was originally released in 2003 on the Naciamaj Production label. Here it’s underpinned by a compturized riddim that fires on all cylinders. The Messenjah Luciano is present with two tracks, Heathen Haffi Run and Live My Life (Reloaded), originally released in 2007 on the Rastar Riddim. Both tunes, like most others on this comp, are truly worth hearing more than once. Turbulence’s range and versatility is on full display on the solid Real, which however takes a few spins to grow on you. A decided highlight here is Make It In Time by Akae Beka/Midnite, a great remixed version of a track from the 2008 album Supplication To H.I.M. Mykal Rose originated and popularized the Waterhouse vocal style followed by, at the time, young singers Junior Reid and Yami Bolo. Tunes of these three artists are presented in the latter part of the album. Mykal Rose, who again showcases his vocal prowess, leaves the best impression with his stirring song Yaad Through. However, Junior Reid’s Music Is Love and Yami Bolo’s Jah Life So Sweet are actually quite nice to hear.

Conclusion In all, an interesting project that deserves to be heard.