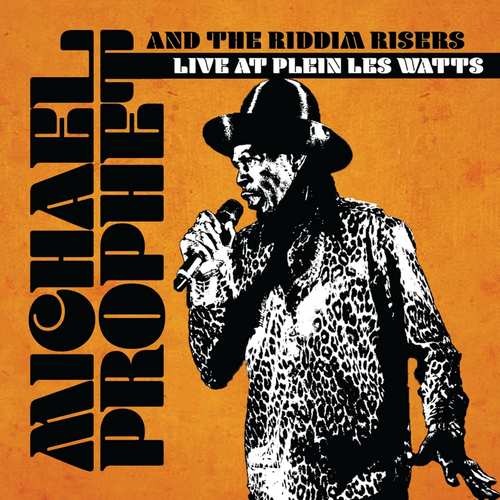 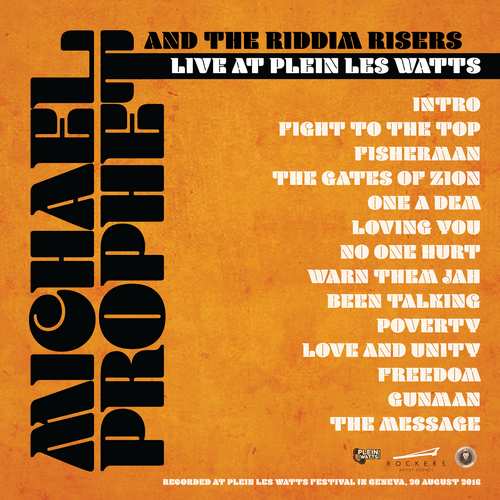 Usually, we’re not really interested and fond of ‘Live’ albums. Nevertheless, in the past there were a few releases that we, despite our minor interest, enjoyed listening to. Some of them are Bob Marley & The Wailers’ 1975 Live! At The Lyceum, Burning Spear’s 1977 Live, Aswad’s 1983 Live And Direct, Anthony B’s 2001 Live On The Battlefield, and Culture’s 1998 Cultural Livity. In these cases, it in particular were the selection of tunes and the sound quality that appealed. And now there’s Michael Prophet’s Live At Plein Les Watts, recorded at the Swiss festival in 2016, which fits in the list of aforementioned ‘Live’ projects.

It was through his association with artist/producer Vivian “Yabby You” Jackson that Michael Prophet (real name Michael George Haynes) succeeded to establish his name in the second half of the ’70s. He recorded three highly regarded roots albums for producer Vivian Jackson aka Yabby You and then left for Henry “Junjo” Lawes for whom he cut a similar number of discs. This new association also proved very successful and it not only brought him dancehall popularity, but also one of his biggest hits to date, Gunman, an autobiographical song about an armed robbery that took place at the singer’s home. After having freelanced for producers like Don Mais, Winston Riley, Sugar Minott, and Winston “Niney” Holness, Michael Prophet teamed up with Delroy Wright for whom he also recorded three albums, Cease Fire, Settle Yu Fe Settle, and Jah Love.

Michael Prophet travelled frequently to London during the mid-1980s and released the self-produced albums Love Is An Earthly Thing and Blood Stain. By the time his rendition of Nancy Wilson’s How Glad I Am (issued as Loving You) became an underground dancehall hit, Prophet had moved to London, though material for Jamaican producers such as Winston Riley, Niney the Observer, King Tubby, and King Jammy continued to surface. Though his output subsequently slowed, Prophet continued to release noteworthy material, including Lead Us O Jah in 2006, while a collaboration with the Brixton-based Soothsayers band yielded the moving single Love Fire in 2008. Other fine work was subsequently cut for Joe Ariwa, Vibronics, Reggae Roast, Tuff Scout, and Sip-A-Cup.

Backed by the Swiss Riddim Risers band with horn section, Michael Prophet shows that his distinctive voice – he possesses a wide vocal range with an unusual ‘crying’ tenor style – is still in fine shape. After the Intro, he brings a great selection of classic tunes starting off with his first Jamaican hit, a version of The Heptones’ Fight It To The Top for producer Yabby You. It’s followed by Fisherman, a track from his Mad Professor produced 1998 album Rootsman. With the roots killer The Gates Of Zion he returns to the time he recorded the album Serious Reasoning for Yabby You, before he performs One A Dem, another track from the Rootsman album. Then it’s time for the ladies, for who he brings the aforementioned underground dancehall hit Loving You, which we have to admit isn’t one of the best tracks here. But luckily he returns to form with the No One Hurt on the Swing Easy riddim, and the awesome roots pieces Warn Them Jah and Been Talking. For producer Bertram Brown of Freedom Sounds he recorded Poverty which here is done in a nice way. Hearing him perform Love And Unity makes the hairs on the back of your neck stand on end and then you break out in goosebumps. After Freedom, he, of course, musically rounds off with a great version of Gunman.

This album, done in collaboration with the Plein Les Watts festival and Michael Prophet’s children, keeps the singer’s legacy alive, which is praiseworthy.