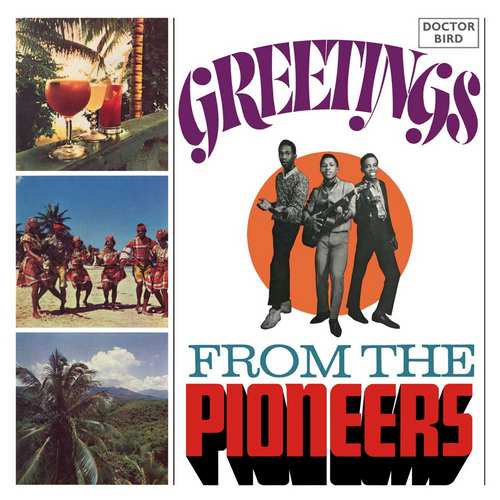 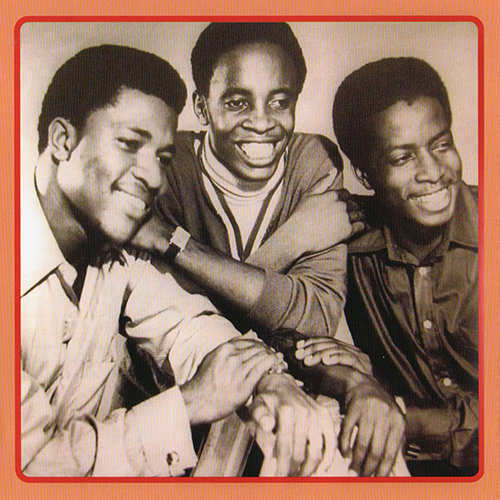 Hot on the heels of the 58-track double CD set Explosive Rock Steady comes the next release of early production works done by Joel Augustus Gibson aka Joe Gibbs. It’s the first official CD reissue of The Pioneers’ 1968 rocksteady album released by London-based Trojan Records entitled Greetings From The Pioneers augmented by no less than 48 Joe Gibbs produced recordings from the same period.

Joe Gibbs was born in Montego Bay in 1945. He had qualified as an electronics engineer in the US before returning to Jamaica to open his own TV repair shop. In early 1967 he expanded the business through selling records in his shop at 32 Beeston Street, Kingston. He purchased a two-track tape machine and set up his own studio in the back of his shop, enlisting the services of Lee Perry, who had at that time just ended his long association with Coxsone Dodd. Aided and encouraged by Bunny ‘Striker’ Lee he released a string of hit singles on his newly launched Amalgamated label. In early 1968, after Lee Perry left to set up his own Upsetters label, he employed the talented young engineer Winston ‘Niney’ Holness whose prolifiency helped maintain Amalgamated’s continued success. His most consistent hit makers during this period were a vocal trio named the Pioneers and a young Errol Dunkley. Throughout the rocksteady era Lyn Taitt and The Jets provided the backbone of the producer’s releases.

Most vocal groups from Jamaica tend to be very soul-influenced, but The Pioneers brought in a new harmony tradition to the music that had its roots both in the countryside and the ghetto. When they started off in 1962, the group was made up of Sidney Crooks, Glen Adams, and Derrick Crooks (Sidney’s brother). By the time Sidney Crooks wanted to embark on a solo career and started to record for Joe Gibbs (in 1966), Jackie Robinson was brought in as the second singer. Together they recorded the single Give Me A Little Loving. With Gibbs they had a really big hit with Catch The Beat and went on to record an album for the producer. Yet the success that they had enjoyed with Joe Gibbs was nothing to what was to come when they joined the Beverley’s label in 1968, the year The Pioneers had become a three-man line-up as the duo was joined by Desmond Dekker’s brother Georges Agard. The first couple of tunes for Beverley’s and producer Leslie Kong were not that successful, then they recorded Long Shot Kick The Bucket. This tune was a tremendous success in Jamaica, and in the UK it took them into the pop charts.

The first disc features most of the tunes recorded for Joe Gibbs before the trio moved over to producer Leslie Kong. Apart from the 10 tracks off their 1968 debut album Greetings From The Pioneers that is featured here in its original form (including two Righteous Flames tunes), the listener is treated to 13 tunes by The Pioneers that appeared on the Amalgamated record label in the rocksteady era. The last track of the original album, Give Me A Little Loving, became the first important hit for The Pioneers, at the time – as already pointed out – a duo consisting of Sidney Crooks and Jackie Robinson. It would be the first of several other hits for Gibbs that followed. They are featured here and include chartbusters like No Dope Me Pony, Jackpot (covered in 1980 by UK group The Beat), Long Shot, Catch The Beat, and Sweet Dreams. Furthermore featured here as part of the original LP are The Righteous Flames’ Baby Don’t Be Late and Gimme Gimme Girl which were credited to The Pioneers. This might look strange, but at the time it was a common practice to fill out LPs when needed. In all, this first disc contains enough excellent tracks to give it multiple spins.

Here the listener is treated to tunes from other artists who recorded for Joe Gibbs during the rocksteady years. Besides a bunch of tracks that were featured on compilations like Explosive Rock Steady (Amalgamated, 1968), Jackpot Of Hits (Amalgamated, 1969), Get On Up! (Trojan, 1998), The Early Years Of Joe Gibbs 1967-73 – Vol. 1 (Studio 16, 2016), and The Early Years Of Joe Gibbs 1967-73 – Vol. 2 (Studio 16, 2019), there are also some rarities included. Besides the hit songs, mostly well-known to longtime fans and collectors, there are enough very enjoyable and entertaining tunes around. Teenager Errol Dunkley gets things started with his charming version of Barbara Lynn’s 1962 tune Letter To Mummy And Daddy. The latter has been recorded several times by Errol Dunkley, but seemingly this version hasn’t been originally released and the same goes for his other track featured here, Feel Good. After this fine opener, more great efforts come along. These definitely include Jackie Robinson’s excellent solo efforts Over And Over and the matching Holding Out. But also The Spanishites’ wonderful Woman Of Samaria, The Creations’ Get On Up!, and The Invaders’ Hurry Come Up deserve repeated listenings. The Invaders aka The Intruders may have actually been The Righteous Flames as the lead vocal on Hurry Come Up is undoubtedly that of Winston Jarrett. Apart from his work with vocal acts Joe Gibbs also issued instrumental sides, which are included here as well.

This is a great double CD with faultless music from the rocksteady and early reggae eras. A real treat for the ear.

Conclusion A great double CD with faultless music from the rocksteady and early reggae eras.