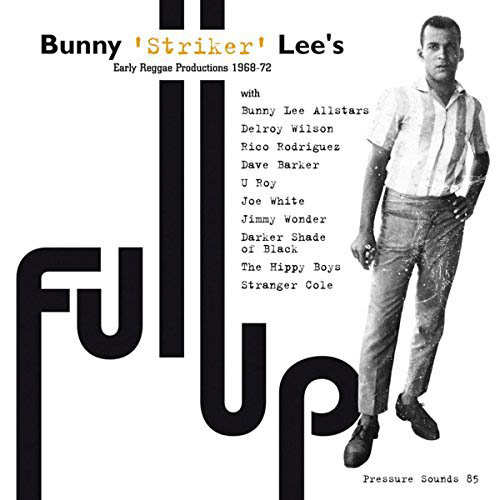 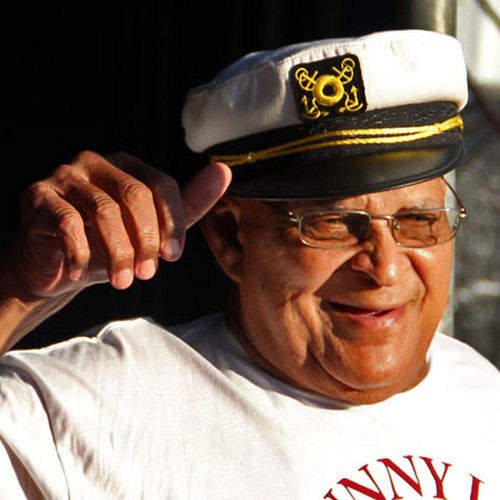 Today would have been the late Bunny Lee’s birthday. To commemorate this great producer who played a key role in the careers of dozens of artists and producers, we re-publish the review of one of the comps that feature Bunny Lee productions.

Mention the name of Bunny ‘Striker’ Lee to the average reggae fan and most likely he or she will start talking about the flying cymbal sound of the mid-’70s and Johnny Clarke’s sufferer anthems. That Bunny ‘Striker’ Lee had already entered into production mode by the 1960s will perhaps only be known to those who are more familiar with the history of Jamaica’s popular music.

Throughout the past four decades, countless compilations with Bunny ‘Striker’ Lee produced tracks have been released on own imprints like Lee’s, Unity, Jackpot, and Attack, and other record labels such as Trojan, Moll-Selekta, Jamaican Recordings, Kingston Sounds, Makasound, Blood & Fire, Smugg Records, Blue Moon, and Jamaican Gold. And although one might ask the question if anyone is longing for another Bunny ‘Striker’ Lee sampler to be released, the simple answer in this case has to be YES! Pressure Sounds, one of the very few existing reissue record labels worth checking out, has gathered 21 tracks from the vaults of Bunny ‘Striker’ Lee, covering the post rocksteady period 1968-72. During this period of time some interesting things were happening and Bunny ‘Striker’ Lee played a pivotal role as he initiated developments that later turned out to have played an important role in reggae history.

During his visit to England in 1968 he had learned that the slow rocksteady beat had never been as popular in England as it was in Jamaica. When he returned to the Island he decided to make the beat of his productions a little bit faster, as that was what the record companies in England wanted. To deliver the new beat, he enlisted some young, untutored musicians led by bass player Aston ‘Familyman’ Barrett and drummer Carlton ‘Carly’ Barrett. They added the organ shuffle and ramped back up the speed of the music towards the danceable tempo of ska, and reggae was born. Another hugly important development of this era was the recording of multiple versions over the same riddim. Bunny ‘Striker’ Lee pioneered the recycling of a single riddim and what started out as a practical economy soon became a new art form. He was also instrumental in producing early dub music, working with his friend and dub pioneer King Tubby in the early 1970s.

This 21-track compilation set documents the above mentioned developments. The Barrett Brothers, joined by Glen Adams on organ and Alva Lewis on guitar, formed the Bunny Lee All Stars, a fine group of musicians who contributed significantly to the development of the early reggae sound. Included here are six of their instrumentals, all of them worth hearing. In particular the killer organ instrumental Ivan Itler The Conqueror, Hook Up with Tommy McCook on flute, and Joe Lewis, which features Ken Elliott on synthesizer, are real gems. But also a few other instrumentals deserve to be heard more than once. These include Rico Rodriguez & Tommy McCook’s excellent Going West, Roy Richards’ Death Rides A Horse and Rico Rodriguez ska-fueled Japanese Invasion.

Besides the mostly pulsating instrumentals, this album also contains tunes with soulful vocals and deejay chats. Songs like Dave Barker’s Smooth And Sorts, Joe White’s Someone To Call My Own, and especially Bob James & Dave Barker’s You Said It are good examples of the fact that the music had become more extrovert, and nearer to the spirit of James Brown than to the Impressions, who were an inspiration for the smoothness of rocksteady. Furthermore it’s a real treat to listen to tracks such as Delroy Wilson’s Drink Wine, U Roy’s answer version to Max Romeo’s Wet Dream called Wet Vision, Stranger Cole’s outstanding When I Get My Freedom, Jimmy Wonder’s Stealing In The Name Of The Lord and Double Attack by Delroy Wilson & Lizzi, a next version to Delroy Wilson’s hit song Cool Operator.

Full Up ~ Bunny ‘Striker’ Lee’s Early Reggae Productions 1968-72 is a wonderful collection of Bunny Lee’s half-forgotten production works. A compilation every self-respecting reggae fan should own!

Conclusion A compilation every self-respecting reggae fan should own!