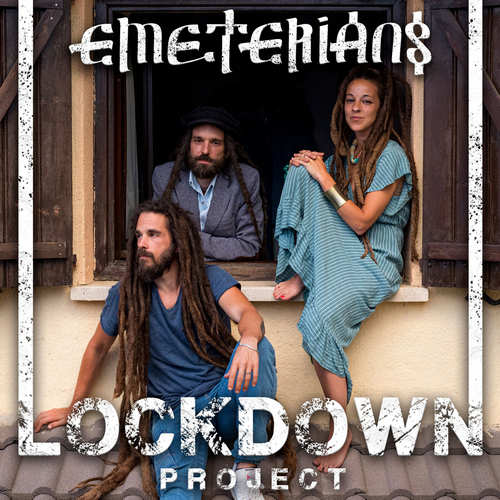 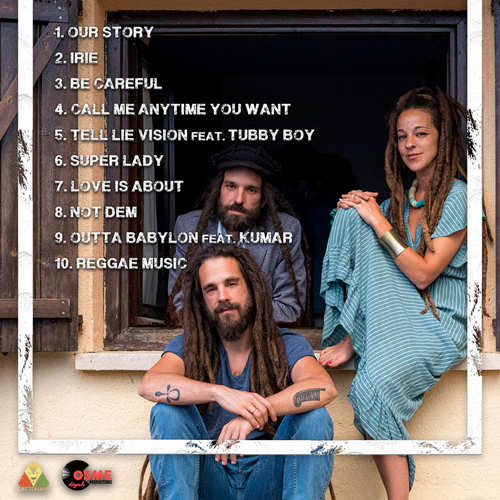 During the pandemic, a lot of countries went into lockdown and so did Spain. In August 2020, the Emeterians (Sistah MaryJane, Brother Wildman, and Maga Lion) made a virtue of necessity and started to work on tracks for a brand new full length album in their Madrid-based own home studio called Vibe Tree Studios. The fruits of the vocal trio’s works can be heard on their seventh album aptly entitled Lockdown Project, which is co-produced by friend and Spanish producer based in the UK, Cosme Deyah.

When they formed the group in 2004, the three members of the Emeterians took the unusual step of sharing lead vocals and harmonies as each singer had unique vocal qualities that complemented each other perfectly well. The trio was drawn to Reggae music because it reflects their true beliefs and is in alignment with their spirit. Their very name, Emeterians, is a tribute to Emeterio’s Rehearsal Rooms – holding special memories and a place in their hearts. Musically, through a combination of styles – Roots, Dub, New Roots, and Revival Reggae – the Emeterians successfully generate an original Jamaican flavour. After about 17 years in the business their musical versatility combined with a unique approach to the craft has resulted in the Emeterians becoming Spain’s pre-eminent vocal trio.

With the release of two singles in mid-2021, Be Careful (recorded with Forward Ever Band) and Call Me Anytime You Want, the Emeterians already gave a foretaste of what their new album is all about… classic Roots harmonies over a mix of Reggae, Rap and Dub instrumentals that they built, recorded and arranged themselves. Listening to this album with its different flavours, it’s obvious that next to devoted reggae fans the group also tries to reach out to new generations by adding modern elements like 808’s, trap hihats or even some sampling to their classic style of Reggae.

The album get started with the nice autobiographic tune Our Story in which the group sings about their beginings, their London experience, building their studio, and going through some musical changes. Next comes Irie which, together with the – a bit too – poppy Not Dem, mixes 808’s with classic skanks. The previously released Be Careful is a very interesting cautionary tune with a strong message: “Be careful of Babylon money education. Dem a win if dutty money a go change ya. Be careful of Babylon money education. Dem a know dat dutty money could a slave ya.” Definitely one of the album’s highlights! Totally different vibes are coming from Call Me Anytime You Want, a song about what real friends are. Tell Lie Vision, featuring emerging UK Hip Hop artist Tubby Boy, exemplifies the group’s trying to musical changes. This one might need several listenings to become really appreciated by Reggae heads. With the gentle Super Lady with J.M.Boix on lead guitar and the matching Love Is About the Emeterians offers two lover’s tunes worth hearing. Before the album comes to an end with Reggae Music on a relick of the Real Rock riddim which sees them pay tribute to some of their favourite Reggae artists (Skatalites, Toots & The Maytals, Carlton & The Shoes, Freddie McGregor, Lee ‘Scratch’ Perry, Mighty Diamonds, etc.), it’s an utter joy to listen to the slow-paced Outta Babylon. The latter, with a guest appearance of Kumar (former lead singer of Raging Fyah) and at the end a chorus that includes a line of Etana’s Stepping Out Of Babylon, reigns supreme here and is amongst the album’s very best.

Nothing wrong with trying to expand your musical style, but anyone familiar with previous Emeterians albums will admit that several tracks on this Lockdown Project set need some time to grow on you.

Conclusion An album with several tunes that need some time to grow on you.