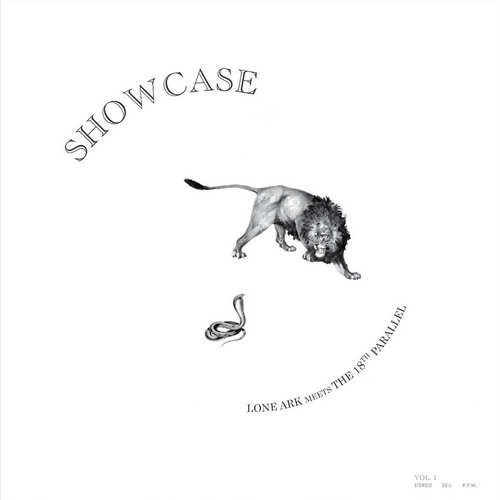 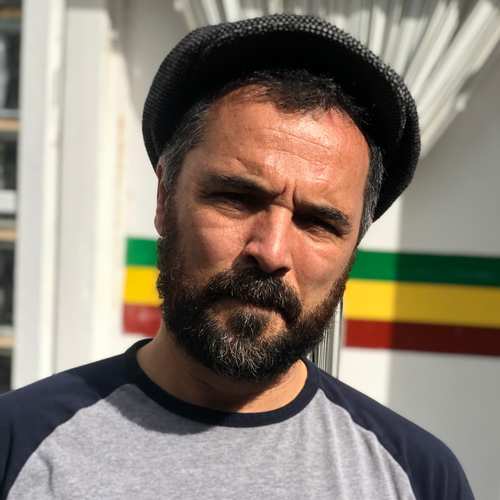 After been given a foretaste of this Showcase Vol. 1 album from the versatile Lone Ark (aka Roberto Sanchéz) and Fruits Records’ studio band The 18th Parallel through the earlier this year released singles Get You and Defend, the complete album has now hit the streets.

The Fruits Records crew met Roberto Sánchez at Garance Festival 2014 while respectively playing with Cedric Myton & Horsemouth Wallace and Alpheus & The Rockers Disciples. This encounter was a “musical coup de foudre” (in English: “musical love at first sight”). A few weeks later, the Swiss musicians were back from Jamaica with I Kong’s album A Little Walk ready to get mixed. They called Roberto and joined him in his A-Lone Ark Muzik Studio in Santander, Spain, to mix the album. From this first collaboration, more than twenty records on the Fruits catalogue have been mixed by Roberto and there were musical exchanges on both sides: Roberto sung vocal harmonies and played guitar or percussion on some of Fruits Records’ projects, and Fruits’ musicians played on some of Roberto Sanchéz’s productions (Willi Williams, The Viceroys, Keith & Tex, Alpheus, Clive Matthews,…). In December 2019, Roberto Sanchéz came to Switzerland with A-Lone Productions artist Inès Pardo to tour with Fruits Records’ live backing band Najavibes. The Swiss musicians made him listen to a few of their latest riddims and the idea to work together on a vocal album came instantly. Less than a year later, Showcase Vol. 1 was ready. (It’s called Vol. 1 because the second chapter is already in the making.)

Internationally well-known for recording, producing and mixing at his A-Lone Ark Muzik Studio in Santander, it’s probably lesser known that Robert Sanchéz is also a good vocalist. Under the name of Lone Watti he recorded his first vocal album in 1994 with his first band from Santander. He released two albums as vocalist with this band and since then he has never stopped writing and singing his own songs full of conscious lyrics with a deep and committed militant roots reggae style. In 1999 he became the lead singer and musician of different bands such as Loud & Lone, Vibes All-Stars, Better Collie, and Super Ape with which he recorded different vocal albums from 1998 to 2004. Same way he was the lead voice for BFD (Basque Dub Foundation) live and at the studio during the period of 2000 to 2006. This collaboration brought the release of a double showcase album titled BDF Meets Loud & Lone. It was in 2004 when Roberto presented for the first time Lone Ark, his solo project, with the release of the album Countryside on the Basque label called Brixton Records. In 2006, he released his second Lone Ark album called Oil And Water and its dub counterpart Oil And Water In Dub alongside some other vocalists from his own A-Lone Productions label. His next vocal excursion happened right after meeting up with one of the best sound systems in Europe, Blackboard Jungle, and the top band working for them, The Rockers Disciples. The fruits of their collaboration was an intense and rootikal showcase album Blackboard Jungle Showcase Vol. 2, released in 2014.

Seven years after the release of Blackboard Jungle Showcase Vol. 2, there’s a new Showcase album, this time the result of a fruitful collaboration between Roberto Sánchez and Swiss band The 18th Parallel, whose musicians have played and produced highly acclaimed records such Oku Onuora’s I’ve Seen, Micah Shemaiah’s Roots I Vision, and The Silvertones and Burro Banton’s Wonderland Of Green/Living in A Wonderland. Faithful to the Jamaican roots reggae tradition, Showcase Vol. 1 offers six vocal tracks followed by their dub counterparts. Furthermore, the listener is treated to message songs which are underpinned by powerful riddims that, despite its modern production, are deeply rooted in Jamaica’s classic roots reggae sound.

Starting with Side B

Unintendedly, the needle rode through the lead-in grooves into the first song of the LP’s B-Side instead of, what was intended, the A-Side. And thus the powerful horn-heavy Build An Ark (Extended) started to leap off the speaker. Build An Ark (Extended) is a huge tune that doesn’t need several spins to impress. Musically, this exciting piece fires on all cylinders. It strongly reminds of the glory days of Black Uhuru. A true roots killer. Wheel and come again!! After been blown away by Build An Ark (Extended) one feels the irrepressible urge to check the other tracks right away. Next comes the previously released serious message tune (Don’t let the trap) Get You, an amazing track that harks back to the heyday of roots reggae in the ’70s. Entertaining and educational at the same time, Get You urges listeners to reflect on their way of life and their current consumer habits in a critical way. It’s followed by the gorgeous Get Dub with the vocal going in and out of the mix. Ear candy for dub aficionados! Even though the final vocal tune of this side doesn’t seem to be as mighty as the previous ones, it’s the kind of track that does grow on you after awhile. And then you come to the conclusion that, sonically and lyrically, this is a tune truly worth hearing.

And now to Side A

On a militant stepper riddim graced by magnificent horns, a strong political message is sent to the world: “The longer we fight, the stronger we get, and so we defend the rights of our brothers and sisters who cannot defend themselves.” After the awesome Defender Dub comes Snake In The Grass, actually the second track on this album that needs some time to generate more appreciation than it does at first hear. Lyrically it’s in the same class as the other tracks, but musically it brings a more laidback type of vibes. Next drops its dubbed out version, Lions In Dub. The latter sounds very nice with the riddim fully doing its part as the vocal isn’t present at all. Mighty One is on the same level as Defend and Get You which makes it an utterly joy to give this song repeated listenings, which also goes for Matthew 7 In Dub.

Conclusion Both Lone Ark and The 18th Parallel show a level of skill and talents near the highest rung in reggae music.