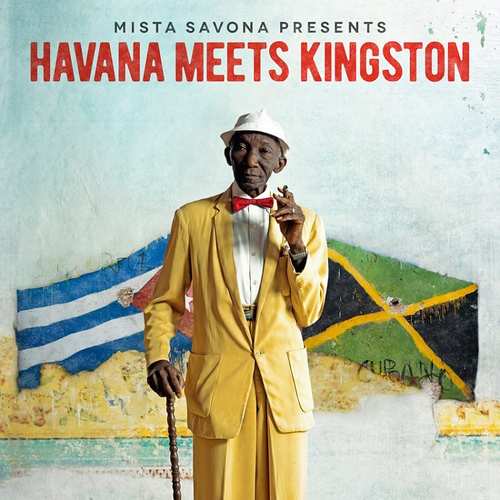 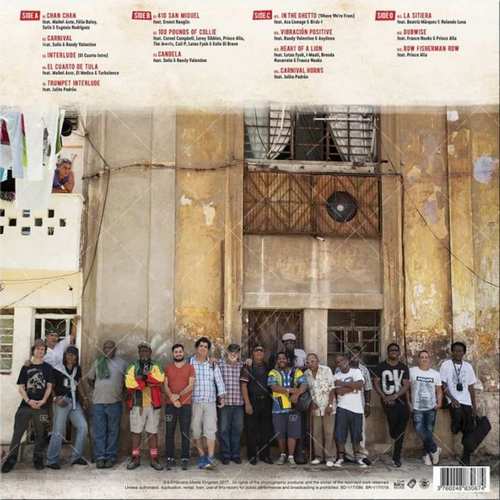 The musical cultures of Jamaica and Cuba differ, despite their proximity, due to mainly historical – and partly political and economic – reasons. A different colonizer, Britain vs. Spain, obviously (musically quite different), but also regarding the African influences on both islands, as a consequence of the Atlantic slave trade by Europeans. Whereas among the enslaved Africans in Jamaica there were relatively many (almost half) from the Ghana region, and sizable minorities from the Igbo/Nigeria and Congo regions, among the enslaved Africans in Cuba were relatively more Bantu-speaking slaves from the Congo region (estimated at about 40%), but also sizable percentages from Yorubaland (SW Nigeria, Benin), or the Cameroun/Calabar (Efik-speaking) region (and other groups). These African regions, all part of which scholar Robert Farris Thompson called “forest Africa”, were known for their differing and varied drum/percussion and polyrhythm traditions, though including a shared connection to Congo between Cuba and Jamaica. Other African Diaspora influences, from the US, more rooted in Guinee, South Mali, Senegambian (“Griot Africa”) retentions, such as Blues, Rhythm & Blues, and Jazz, reached Jamaica through the airwaves too since the 1950s, influencing – along with local African retentions (Ghana, Congo a.o.), and some other Caribbean and European influences – the development of Reggae, since its precursors Ska and Rocksteady. Especially Black US R&B and Jazz’s “swing” or “shuffle” – around the beat, originally inherited from string instruments like the Kora in “Griot Africa” – was thus incorporated into Jamaican music.
This “shuffle” feel never reached Cuba so much, maintaining mainly “straight” rhythms and clave/polyrhythms. This created different traditions, and a different “feel”, one can overall notice between Jamaican and Cuban genres, alongside some similarities.

Later developments were also different, including regarding instruments. From my own travel experiences (in both islands), I noticed that the Cuban music scene is much more “acoustical” than music scenes in the Western world, and in Jamaica, with in Cuba more use of acoustic guitars, seldom electric guitars, and various percussions. South Spain being the homeland of the acoustic guitar as we now know it (with Moorish/Persian antecedents), may explain that.
Basic trap drum kits as known in pop/rock music (and standard in Reggae, and in precursors Ska and Rocksteady, too), are also little used in Cuban folk or popular music, preferring for that function mostly hand drums like the Congas or Bongos. This is still mostly the case in present-day Cuba. These are different traditions and developments over time, and it is therefore interesting to analyze whether Mista Savona’s 2017 ambitious project of uniting these distinct musical cultures, resulted in an artistic success.

Having listened to this entire album, I can conclude that the project worked out well, in the sense that it is a good album, with mostly good songs by skilled musicians and vocalists, rendering attractive and catchy songs. The acoustic guitar orientation from Cuba comes through, as well as the “horns” and piano focus from Salsa. Cuban music genres like the Son (originally from Eastern Cuba, with Congo influences) – known from the Buena Vista Social Club – are highlighted, in a somewhat modernized “Salsa” form. The characteristic piano pattern (called “guajeo”) people know from Salsa, was originally played by the more “folksy” acoustic guitar in Cuban Son. The latter is not absent, but less present on this album, which has more often a slicker, tighter “modern son”/Salsa vibe. This vibe is mixed with Reggae rhythms, quite adequately, though it could have been a bit more adventurous and “raw”, in my opinion. It still sounds nice and mellow enough, though. There are further some Reggae songs, with some tastefully added Cuban influences.

The opener Chan Chan (known from the Buena Vista Social Club, as is another song on this album, El Cuerto de Tula) has a more folksy Cuban Son feel, and has been subtly “Reggae-fied”. Reggae’s “shuffle” or “swing” feel is added nicely to Cuban Son. El Cuarto de Tula has more of a modern Salsa feel, but with also a nice toast by Turbulence. The biggest “hit” from this album, Carnival, by Randy Valentine with Solis, is more on the Reggae side of the equation, but with nice Cuban singing and touches, also from related, as said (largely Afro-Cuban Son-based) Salsa. In the remainder of this album nice and good Reggae songs, interchange with Cuban songs, but mostly somehow “mixed”, mostly subtly. There is certainly some quality musicianship, such as in the beautiful instrumental 410 San Miguel, where Jamaican guitar legend Ernest Ranglin combines with Cuban piano and percussion patterns, such as by scraper and added congas. More (Roots) Reggae-focussed are the remake of Cornel Campbell’s 100 Pounds of Collie, with also “big” Jamaican Reggae names singing, like Lutan Fyah, Leroy Sibbles, resulting in a good song. This is a “ganja tune”, but Rastafari messages are not eschewed, on this album. Cuban influences are here subtly present too (piano patterns, “the “clave” rhythm with sticks), but the main groove is simply Reggae. The same applies to some other songs, like Aza Lineage and Birdz-I very catchy In The Ghetto.

Also, just Reggae songs, with some Cuban touches, are the songs Heart Of A Lion (New Roots-like), Dubwise (with also hip-hop influences), and the great Rootsy song Row Fisherman Row, both featuring Prince Alla, and the Bob Marley cover Vibración Positive. Other songs, rather, can be seen as Cuban (or Son/Salsa) songs with some Reggae influences, to differing degrees, notably Candela and La Sitiera (the latter I would describe as Reggae/Rocksteady-fied Son “Bolero”), as well as some of the nice, jazzy/jamming instrumental interludes.

I found this whole album entertaining and quite good. Some of the songs impressed me personally more than others: Aza’s In The Ghetto is catchy, and Prince Alla’s Row Fisherman Row, a great Roots Reggae song, with a tasteful Cuban/Son touch, showing how the “rhythmic feel” of Afro-Cuban Son can in the right hands (musicians like Sly and Robbie participate in this project too, as do experienced Cuban musicians), indeed be combined well and organically with Reggae’s rhythmic feel. This song sung by Prince Alla, Row Fisherman Row, is one of the high points on this album, I find, though Carnival, In The Ghetto, and Heart Of A Lion, stand out too. Other songs sound nice and good enough but could be a bit more spectacular or “raw” and groovy. Maybe this is due to instrumental – or mixing/arrangement – choices in this musical project: the piano and guitar sides of Cuban music recur throughout this album, but the well-known Afro-Cuban percussion instruments Congas and Bongos are heard less (loud), but could have added a kind of “edge”, easily combined with more “rootical” Roots Reggae, if in the right hands. It is all part of the African Diaspora, after all.

Yet, Mista Savona’s project chose apparently a more modern, “crisp”, slight “poppy” and mellow feel, rather than a “pumping groove” focus. This is fine by itself too, and probably a matter of personal tastes and preferences, a bit differing from mine, as an Afro-Cuban- influenced percussionist, that I happen to be. To its merit, nonetheless, this album might be somewhat “poppy”, with some safe choices, but seldom “overly” commercial or mainstream, maintaining thus a musical and cultural sincerity regarding both musical cultures.
All in all, by any standards, a nice, varied album – entertaining, and quite lively and “uplifting” – with skilled musicianship, fine tracks, and positive lyrics – and some great, outstanding songs for good measure.

Conclusion This whole album is entertaining and quite good.