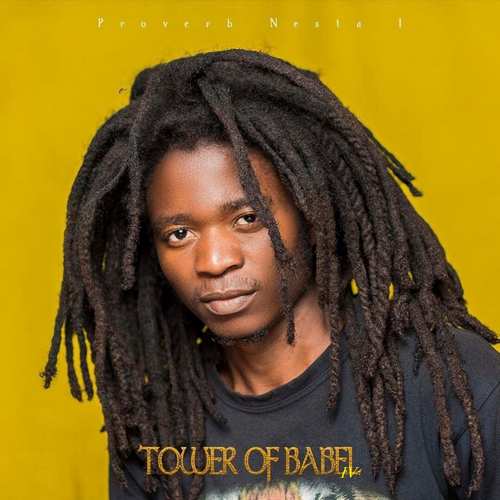 The days that good reggae music could only be produced in Jamaica are long gone, although there are still fans who strongly stick to that statement. Especially the new millennium, which saw a fast development and strong improvement of the digital world, has proven them wrong. International artists like Pressure Busspipe, Gentleman, Vaughn Benjamin (Midnite, Akae Beka), Alborosie, Ziggi Recado, and Ras Teo to name a few, have delivered acclaimed albums and took their place in the forefront of reggae music.

An artist who, without any doubt, has everything that’s needed to become a household name in the international reggae arena goes by the name Clive Jonga aka Proverb Nesta I. This extremely promising young vocalist from Zimbabwe, Africa, has released an absolutely delightful and downright stunning 11-track debut album entitled Tower Of Babel. The first thing you notice about Proverb Nesta I is his very interesting voice. Vocally getting things started out on his debut album is the superb opener Beautiful, in which he pays tribute to the black empresses. The next track, Baby Mama, is a sleeper on the album. The song shows that Proverb Nesta I is a strong songwriter but musically doesn’t instantly hit you. It’s the kind of song that is featured on almost every album… it grows on you the more you listen to it. I-ternal Happiness is a strong offering in which the singer expresses his gratitude to the creator and for the life he’s living and the things he’s able to do. Finishing things off for the beginning of Proverb Nesta I’s debut album is the intoxicating Conqueror, an outstanding tune with great vibes behind it.

Underpinned by a full sounding up-tempo riddim, Love Again isn’t as one might expect a standard lover’s piece. Lyrically, it goes far beyond the stereotypical love song. Proverb Nesta I then slows things down on Praise Him and builds very nice and comforting vibes. The almost acoustic backed lover’s lament Tales Of A Broken Heart is a song of sheer beauty that anyone with the same experience in life can relate to. Next comes the Nyahbinghi-flavoured Lion Roar, a song in which he tells a story about his father who supported him and shared his wisdom with him. The final stretch is set up by the captivating South Of Samora, a modern roots reggae anthem about the ghetto life in the poor areas of Zimbabwe’s capital Harare. Definitely one of the album’s absolute finest. And so is the sparkling Kings And Queens, a powerful message tune in which he asks the mighty Kings and Queens of Africa to rise up. The title track, Tower Of Babel IV, is a big tune for a big ending of an album that instantly goes on repeat.

It would be a disgrace if Proverb Nesta I wouldn’t be recognised as a major talent by reggae aficionados worldwide. With such a debut album under his belt, his career simply deserves to go into the top flight.