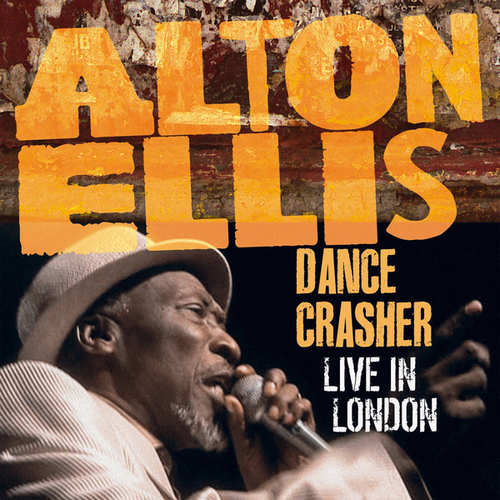 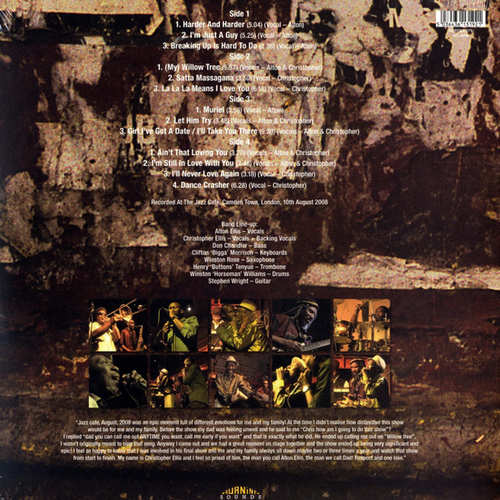 About a year after the legendary reggae singer Alton Ellis died in London on 10th October 2008 at Hammersmith Hospital, the DVD of his final show that took place on 10th August 2008 at The Jazz Cafe, Camden Town, London, was released. Then, in 2018, the DVD was reissued in combination with the CD of that show. And now, for fans and collectors of vinyl, it’s good to see the release of the live recordings on a dbl LP.

Alton Nehemiah Ellis OD, known as Alton Ellis, was one of Jamaica’s great musical heroes. He took his first steps in his career as a dancer with Vere Johns’ Opportunity Hour. In the late 1950s, he started his singing career as a member of the duo Alton & Eddy. After several singles in the r&b style, followed by a number of ska hits, he broke through when the fast ska beat changed into the relaxed rocksteady beat. Two Studio One albums, which included several of his big hits, were released followed by a switch to Duke Reid, where he also scored hit after hit. Due to personal and financial problems he moved to Canada, where he recorded two fine albums with Keith Hudson. Eventually, he broke musical ties with Jamaica and settled in the UK. There he continued his career, opening a record store in Brixton called Alltone, and regularly collaborating with various UK producers.

Although Alton Ellis wasn’t feeling that well he did a class performance along with his son Christopher Ellis who after a few tunes joined his dad on stage to support him and take over the proceedings when it turned out that Alton wasn’t able to continue the show. This made the reggae icon’s final show a very moving occasion. Backed by a flawless playing band consisting of Don Chandler (bass), Winston ‘Horseman’ Williams (drums), Stephen ‘Marley’ Wright (guitar), Ivan Christie (rhythm guitar), Clifton ‘Bigga’ Morrison (keyboards), Winston ‘Bammie’ Rose (saxophone), and Henry ‘Buttons’ Tenyue (trombone), the enthusiastic crowd was treated to a set of Alton Ellis classics sung by the veteran himself and his son Cristopher. Along came well-known and cherished classics including Alton Ellis’ first recording Muriel, and the hits he recorded for Studio One and Treasure Isle. Besides these tunes, there’s also Christopher Ellis’ powerful version of the Abyssinians’ roots anthem Satta Massagana.

In all, a wonderful historical document that anyone who likes to play reggae music on his turntable shouldn’t ignore.