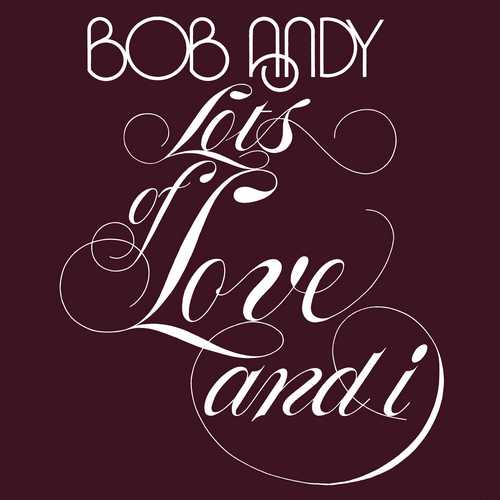 Bob Andy’s career as a singer and songwriter has spanned over fifty years, from the early days of Jamaican music’s golden era right up until the present day. He emerged in the late sixties with a string of Jamaican hits, notably Going Home, Unchained, I’ve Got To Go Back Home, Feeling Soul and My Time. His highly distinctive voice and songwriting ability gained him superstar status, his reputation enhanced by his commendable contribution to the original Paragons line-up.

Bob’s genius can be observed in the compilation of his Studio One solo recordings, Bob Andy’s Songbook. He had also written Marcia Griffiths’ best-known Studio One recordings, and together they recorded the popular tune Always Together. International recognition came in 1970 with a cover version of Nina Simone’s Young, Gifted and Black by Bob and Marcia, his then-partner and later I-Threes member.

Bob began establishing his own producer credits during the duo’s Trojan period and continued to record at Harry J’s studio. With producer Lloyd Charmers he had a massive Jamaican hit, Fire Burning and was an integral musical part of the short-lived Tropical Soundtracs label. The album Lots Of Love And I was reissued a few years ago on vinyl by Music On Vinyl, a welcome addition for the vinyl collectors. Now Cherry Red comes with a CD reissue, the first time on CD for Lots Of Love And I, and they added four bonus tracks.

Lots Of Love And I

The 1977 album Lots Of Love And I was produced and arranged by Bob with the island’s only female label owner, Sonia Pottinger, serving as executive producer. Featured are contributions from the leading Jamaican musicians of the time, including Sly & Robbie and the island’s best brass players, led by Tommy McCook.

Bob recalls of the introspective process which gave birth to the collection: … “some of the songs are born out of misery and pain and suffering, and one way to get that outside of you is to exorcise those kind of emotions.” The album gives you ten quality songs, beautifully arranged and delivered with passion, emotion and an intensity rarely found nowadays. One of reggae’s most heartfelt lovers’ tunes has to be Feel the Feeling. It’s such an appealing soulful song, one just can’t resist it.

Then there are the poignant observations of The Ghetto Stays in the Mind. Lyrics such as: “Same old sister, breeding just the same old way. For the quitter, he can’t hold a job for a day. And the children running naked, innocent of what’s going on, left by parents who forsake them, from the day that they were born” are crucial ingredients for this masterpiece.

Bob’s own bitter experiences inspired him to write these songs. One of the many highlights here is the biting tune Mash It Up. The following lines can easily relate to contemporary issues: “They burned communities, and wrecked, truly wrecked, poor families. Got no respect for liberty, they love a life of brutality.” Timeless!

Check out the funky intro on Troubled Woman and then listen to the reality lyrics, delivered across a riddim with subtle horns and lilting basswork. Catchy melody and sincere observations make Stepping Free a moving statement that truly resonates. Bob revisits two of his Studio One hits, the haunting Unchained, here retitled Unchain Me and the much versioned My Time, a solid Jamaican standard.

As mentioned earlier in this review, Doctor Bird Records has added 4 bonus tracks (12inch mixes) to their release. There are two disco mixes of songs that are on the album. The 1977 released 12-inch from Set Me Free is present, both the A-side and the B-side, Movements by the Revolutionarys (sic). The latter is a powerful organ version of Set Me Free. The long version of the acclaimed song The Ghetto Stays In The Mind. We are not aware of a 12-inch version of this song, so we assume that the dub version was taken from the B side of the 7 inch. We are very pleased with the brilliant track Slow Down, noting that it is unclear who the author of this gem is.

Lots of Love and I is a truly inspired collection that has been unavailable for over thirty years. One of reggae’s landmarks from the 1970s.