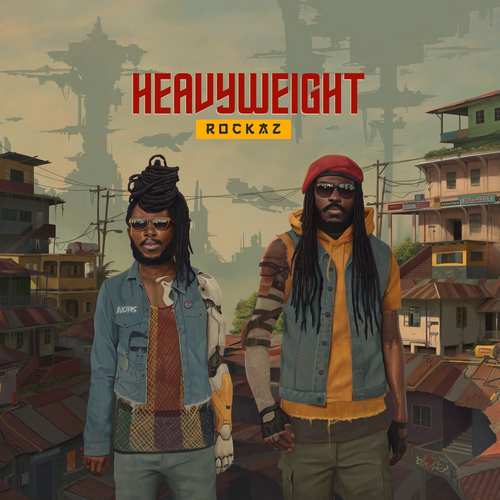 The first meeting of Wayne ‘Unga Barunga’ Thompson and Jason ‘Welsh Bass’ Welsh took place in 2003 when they both attended Edna Manley School of Music in Kingston, Jamaica. Since then they have been creating riddims and excelled as producers for their own Notice Productions. They produced several chart-topping hits including Holiday by Ding Dong (with Chevaughn), Future Fambo’s This Life, Iba Mahr’s Diamond Sox, and Busy Signal’s Come Over (Missing You). Besides being musicians and producers, they also wanted to be successful recording artists and thus the Jamaican drum & bass duo formed Notis Heavyweight Rockaz aka Heavyweight Rockaz, making their debut performance at Wickie Wackie Live in 2014. In 2015, they unleashed their first hit single entitled Raggy Road which also got notable international attention.

Hailing from Montego Bay, the Jamaican drummer, singer, and songwriter sang first in the church choir, but it was his keen attention while in his high school’s band that propelled his sonic education. Gaining experience in a local hotel group while studying, his natural attraction to the drum fuelled his commitment to improving his skills. With steady growth since his first hit production Holiday, Unga Barunga’s has toured with artists like Jimmy Cliff, Beres Hammond, Tanya Stephens, and Jesse Royal.

The bassist hails from St. Mary, Jamaica. He learned the recorder in primary school, and later played percussion in high school. A friend was playing the bass one day, and he felt the instrument’s low notes and anchoring role were perfectly suited to his height and steady temperament. When his school choir needed a bassist for a National Music Festival competition, he stepped in and found his calling. Welsh Bass has worked with Jesse Royal, Tanya Stephens, Stephen Marley, and Jah Cure.

Although already announced for release in 2018, it still lasted three years before their much-anticipated debut album was released through Notis Records. On their 10-track album, which has been in the works for the past seven years, the duo fuses together sounds from different eras. In all, this collection can be considered as a blend of dub, dubstep, dancehall, roots, rock, and reggae. This set has quite a few combinations including the opener, Notis Soun, which features Vanessa Bongo. Even after several listenings, this track doesn’t cause real excitement and comes close to disappointing. Far better and more fun is the second song, Rudeboyz, with guest appearances of Big Ras & Riff Raff. This one brings to mind the ’80s sound of Black Uhuru and the Taxi Gang. It’s followed by the very enjoyable remixed version of the collab with Ding Dong entitled No Bad Dayz. ‘Small Axe’ Jesse Royal joines the Heavyweight Rockaz on the decent lover’s piece Sweet Sensation. Next comes one of the album’s highlights, the hard-hitting Heart Of The City feat. Imeru Tafari. The final combination tune, the infectious and very danceable Dancehall Style, is done with former T.O.K. member Bay C. When it comes to their ‘solo’ efforts, it’s in particular the 2018 inspirational and motivational single We Are The Builders that is an outstanding piece. Also, the totally different vibed message tune, Trigger Boy, leaves a serious impression and is a high point. However, this doesn’t mean one has to ignore the ganja song Marijane and the dubstep version of their hit song Raggy Road. These two tracks are definitely worth hearing more than once.