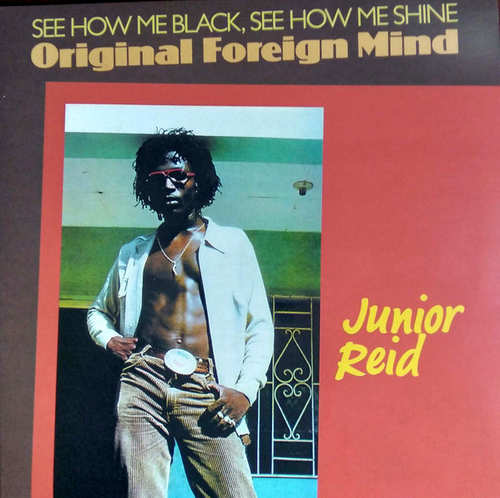 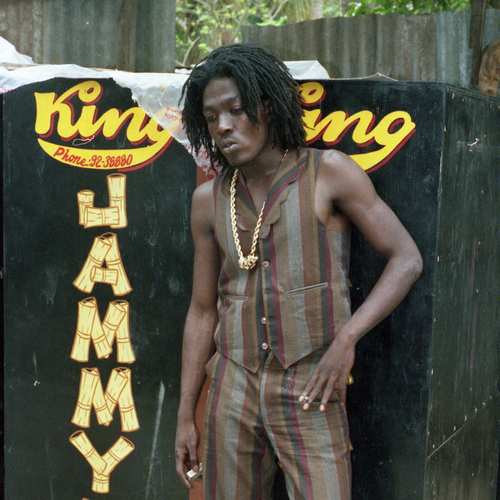 Born and raised in Kingston’s notorious Waterhouse district, Delroy ‘Junior’ Reid developed that traditional Waterhouse vocal style that so many artists from the area share. Although he had a more melodic voice than lead vocalist Michael Rose who left Black Uhuru in late ’84, his style and intonation perfectly well matched Puma Jones and Duckie Simpson which made him the perfect substitute in the group.

Junior Reid started his recording career at age 15, when Hugh Mundell, who at the time was building a name for himself, produced and recorded three songs with the youthful singer. Speak The Truth, Know Yourself, and the never-released Come To Me. Junior Reid’s 1979 debut single Speak The Truth appeared on Augustus Pablo’s Rockers label, while Know Yourself was released by Greensleeves Records on the B-side of Hugh Mundell’s 12″ single Can’t Pop No Style in 1981. After working with Hugh Mundell, he recorded Sister Dawn and the 1982 LP Mini Bus Driver with the group Voice of Progress for Negus Roots. Meanwhile, Junior Reid had teamed up with Prince Jammy, who in 1982 released the 12″ singles Jail House on KG Imperial UK and then, in 1983, Palaving Street on the Chartbound label which reached No.1 on the Pre charts in the UK.

Still, real widespread recognition didn’t come for Junior Reid until he started working with Sugar Minott for whom he recorded the song Original Foreign Mind. The single appeared on the Youth Promotion label in 1984 and the success of the song led to the release of Junior Reid’s 1985 solo debut LP by the same name on Harry J Records in Jamaica and on the Black Roots label in the UK. There also was a video done by Jah Wise Promotions, which at the time was slick and professional enough for MTV. And now, 26 years after its original release, Original Foreign Mind has been reissued by the France-based Deep Roots label. Originally comprising 10 tracks, this re-release has a different track order and is expanded with dub versions of Original Foreign Mind and Human Nature, both lifted from their respective 12″ mixes. Backed by the Black Roots Players, Junior Reid vocally and lyrically excels on this tuff album. Besides the big hit and title track Original Foreign Mind, which became an anthem to the ghetto youth, and the well-done adaptation of Michael Jackson’s Human Nature, there’s a lot more to fulljoy. No fillers here, only top-notch tunes! Especially noteworthy are the awesome Hunts Bay, the mind-blowing ganja piece Sensie A Medicine, and the heavy bass-driven Black Man Seed on the Stalag riddim, all of them instantly going on repeat. Also, worth hearing are the lover’s tracks If You Would Be Mine, an adaptation of If This World Were Mine, and What Do You Know.

Conclusion A very welcome reissue of this classic album!