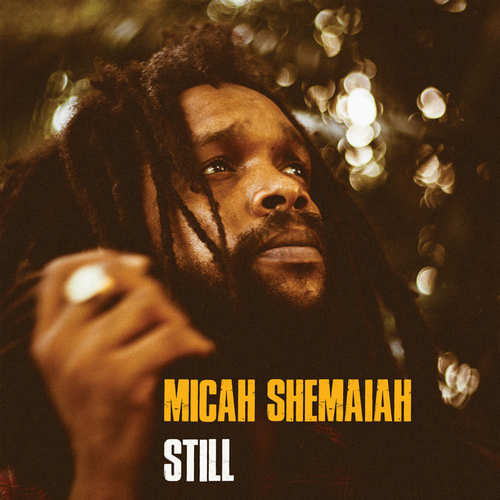 About a decade ago, young singer/songwriter Micah Shemaiah, literally meaning ‘one who fears the Almighty’ and ‘one who loves the Almighty’, emerged as an exponent of Jamaica’s young Roots Movement. Micah Shemaiah released his self-produced debut album Rastaman Meditation in 2009. In 2013, a release on 7” vinyl, the killer collab with T.J. (Likkle Briggie), Hempress Sativa, Jahkime, and Infinite titled Dread At The Control, gave him his first hit among reggae and vinyl lovers worldwide. Since then Micah Shemaiah has released more vinyl singles including Africa Here I Come, Reggae Rockit, Fire Burning, Dance And Rock Steady, Do Right, In This Land, Keep On Keeping On, Jah On My Mind, Zion Trod, and Zions Gates.

In 2015, he released his sophomore solo album, Original Dread, which in 2018 was followed by Roots I Vision. Coming from Kingston City, and growing up in the Rastafarian house of the Twelve Tribes of Israel, this very talented artist has since his emergence on the scene put down a solid foundation in the reggae industry.

For his fourth full-length album, Micah Shemaiah teamed up with the Grammy-nominated Zion I Kings collective, known and respected among reggae fans worldwide for the unquestionable quality of their releases which include great albums from the likes of Akae Beka, Ras Teo, Pressure Busspipe, Lloyd Brown, Glen Washington, Cornell Campbell, Arkaingelle, Blakkamoore, and Marcus Gad to name a few. With this in mind, it’s obvious that expectations for Micah Shemaiah’s new collection of tunes titled Still are raised high. And already after the first listening, it’s crystal clear that the 12-track album fully lives up to expectations.

The listener is, of course, treated to the signature hardcore roots reggae riddims that by now are so well known from Zion I Kings productions. Along with the core members of the Zion I Kings (David “JAH David” Goldfine, Andrew “Moon” Bain, and Laurent “Tippy I” Alfred), the players of instruments include the late, great Andrew “Drew Keys” Stoch (keyboards & trombone) and Patrick “Aba Ariginal” Tenyue (trumpet). Also featured are Pau “Nattykeyz” Dangla Valls (keyboards) and Sheldon “ATiiBA” Bernard (flute), with drummers Carl “Carlalou1drop” Benjamin, Lloyd “Junior” Richards, Aston Barrett Jr., and Jonathan “Rankine Jedd” Rankine sharing the duties. Background vocals are contributed by the Mighty Diamonds and the late Dalton Brownie.

The first track to leap off the speakers, Spiritual, is the perfect song to start the album. It not only lets you know what to expect from an artist like Micah Shemaiah but also features a riddim behind that it is solid gold. The second vocal track of the eight in total on this set impresses and does so in a major way. Angels In Zion, with harmonies provided by The Mighty Diamonds and Tuff Like Iron, is a crucial tune of sheer beauty. Every time it enters your ears, it gives you goosebumps. It’s followed by Angels In Zion Dub, which is a good choice as it more or less can be regarded as the icing on the cake. Next comes House Of Cards – … and now Babylon your house a fall down, you never take the warning yeah. It’s a track that needs a few spins to grow on you before you realise that this one is a big tune. The already familiar, previously released single Natural Man is a mellow, truly addictive tune that is followed by an appealing dub version. Another real highlight here is the title track which evokes memories of some of the best songs from the heyday of roots reggae in the 1970s. The riddim that underpins the serious message tune Space And Time gives this solid track a more lighthearted feel and vibe. Riddimwise Wicked Babylon slows things down and, together with Micah Shemaiah’s vocal delivery, creates relatively mellow and laid-back vibes. Things come to an end with Roots Rock Sound and its dub. Compared with the other songs, lyrically this isn’t the most appealing tune, and thus,  although all in all a decent effort, this isn’t one of the favourites.